This Laois road is virtually impassable today after the heavy rains flooded the Owenass River beside it.

Our video shows waves of water in front of cars attempting to drive the Derrycloney road in Mountmellick, past a farmhouse where the occupants were flooded out.

The town was badly affected by the floods, with about 16 houses in Manor Lane virtually blocked in.

The two main primary schools, St Joseph's Girls NS and St Patrick's Boys NS, were announced as closed shortly after 9am by text alert to parents.

The road where those schools are on, Davitt Road, had several cottages flooded, with sandbags used, and water flowing out of front gardens.

On Manor Lane, resident Elizabeth Keenan walked in her wellington boots through a 2 foot high flood to get to a dentists appointment.

"This happens at least once a year. When it gets bad the civil defence will come," she said.

Harry Coss was cycling through the Manor Road flood on his bike to visit old neighbours. He left his homeplace after living there for 60 years, because of repeat floods.

"I left nine years ago. It was absolutely atrocious. The whole house was destroyed. I lost everything, I couldn't go back any more. Today is no better. They've never done anything," he said. 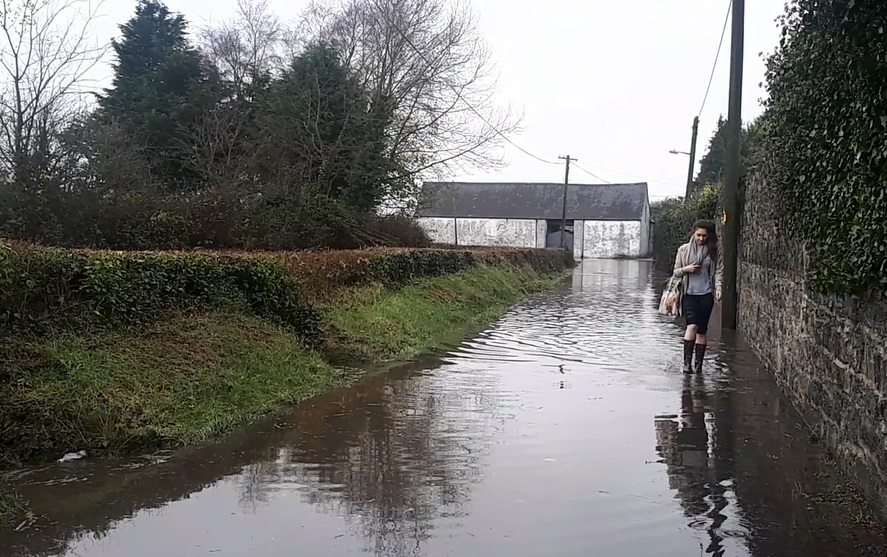