WATCH: The queue is HUGE for Electric Picnic 2019 tickets in Portlaoise

A massive queue has formed in Portlaoise this morning Friday September 9 of people hoping to snap up Electric Picnic 2019 tickets.

Watch our video of the entire queue to see where it starts from, and it was still growing at 9.30am.

The tickets are on sale in Colgan's shop, with a Ticketmaster official down in the shop to process the sales. There is a discount scheme for those who prove they were at previous Electric Picnics, while the family camping tickets are expected to sell out within hours.

Second in the queue this morning was Elizabeth Redmond, and she is actually from Stradbally, the home of the festival.

"I've been queuing since half past four, second in the queue, but so happy now. It's not for me its for my sons Joe and Calem and Joe's girlfriend Emma. I don't even go to the picnic," said Elizabeth. 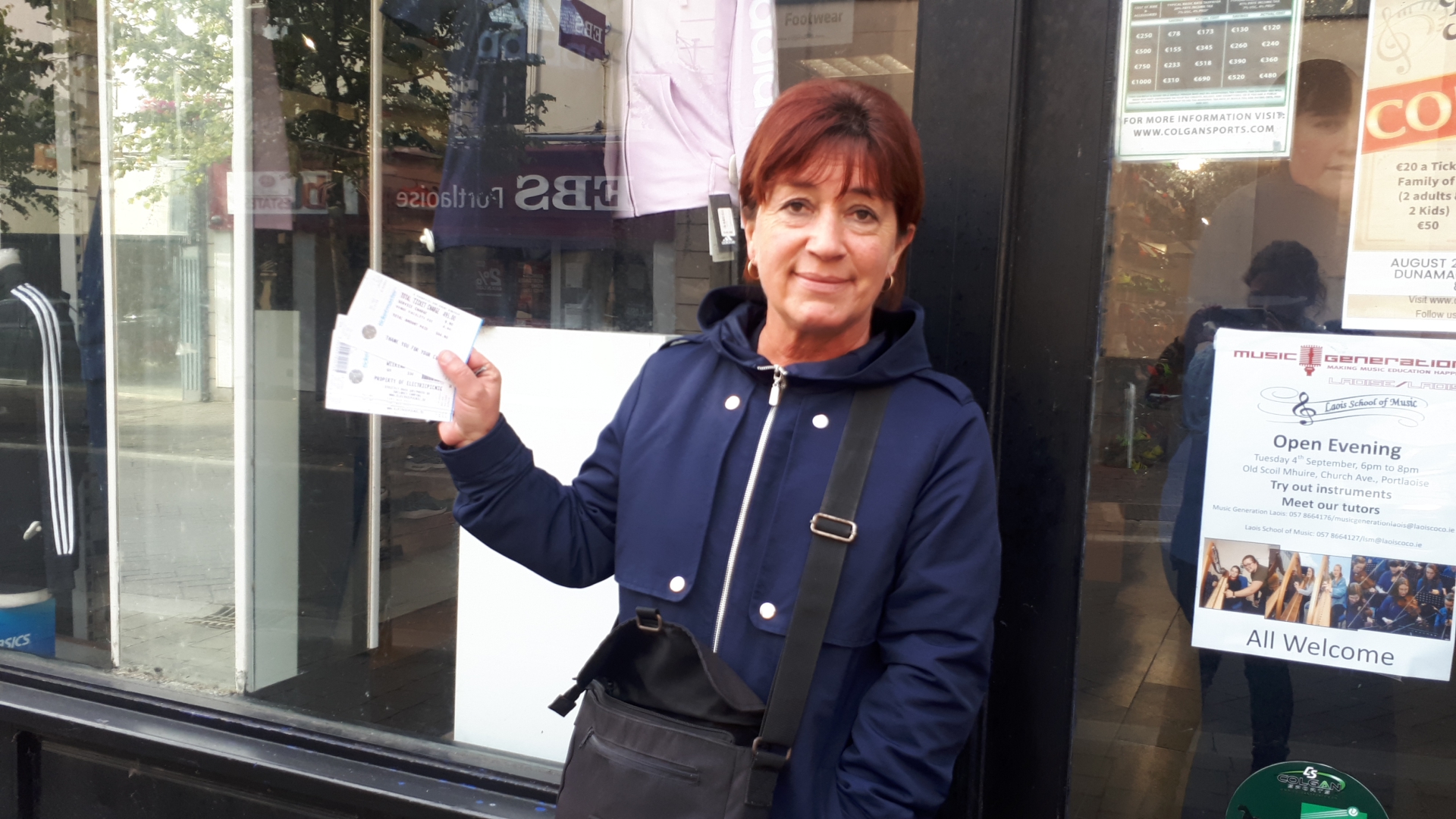 More on the ticket sales and loyalty scheme here