The wonderful world of piano lessons is the subject of new movie by Portarlington film maker Ken Wardrop.

Described as the 'ultimate feel good movie' Making The Grade invites us into the world of the piano lesson.

Every year teachers and students throughout Ireland prepare for graded musical exams. These exams can be pleasing for some but daunting for others. Each student has their own goal but reaching Grade Eight is considered a pinnacle.

This endearing and uplifting documentary explores the bond between piano teachers and their pupils as they struggle through these grades.

It is a story of the transformative power of music and the pride and happiness it provides both the students and teachers. It may inspire us all to keep making the grade.

Ken and travelled the length and breadth of the country to film with teachers and their students as they prepared for their piano grade exams.

The film features characters from as far afield as Kylemore Abbey in the West, to Derry City in the North and down to Crosshaven, Cork in the South.

In his other movies Ken has turned to the midlands for subject matter and his latest offering also mines local talent.

Staff and students of the Tullamore’s Academy of Music were very excited over Easter break, as they walked the red carpet at the Lighthouse Cinema in Smithfield, Dublin at the movie premier.

Martina Burgoyne, a piano teacher at the academy, was chosen out of many teachers interviewed throughout the country, as the teacher to represent Grade 8 in the movie. Martina, her students and the Academy of Music feature in the conclusion of the documentary which observes students from the graded system throughout Ireland starting at grade elementary all the way through to Grade 8.

"All this is very appropriate as this week at the Academy and all its students face into the final weeks of preparation for their end of year examinations to take place in May. There is no doubting that they will, for sure, be able to make the grade," said Martian.

Making The Grade is directed by Ken Wardrop and produced by Andrew Freedman. It is a Reel Art film funded by the Arts Council.

Ken is one of Ireland's most successful documentary film makers. His best know work His & Hers, explored relationships by visiting moments from the lives of 70 female characters.

It was shot in the hallways, living rooms and kitchens across the Irish Midlands, the story moves from young to old to deliver a uniquely charming perspective into sharing life’s journey. 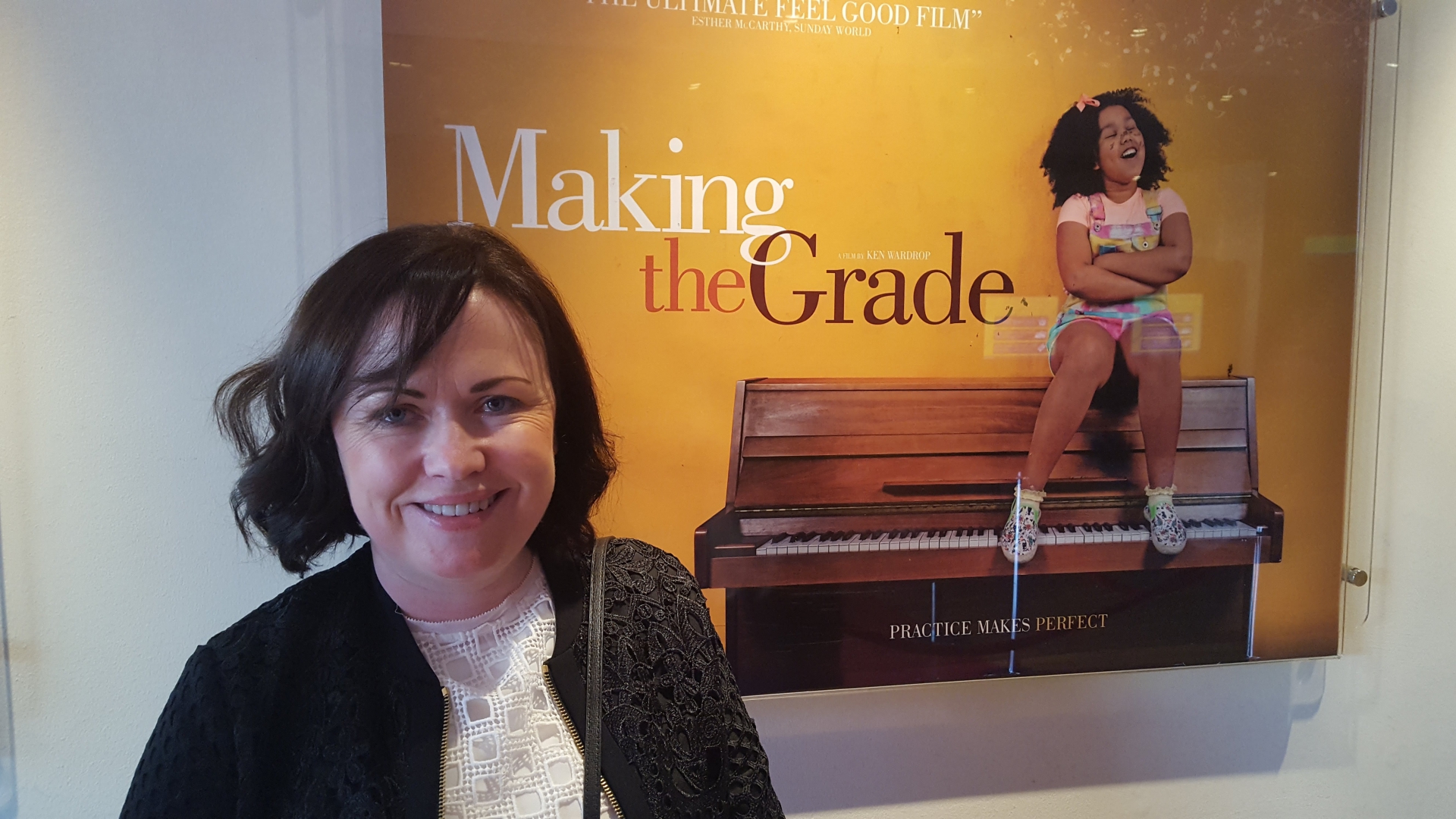