The queue of people waiting in Portlaoise for Ed Sheeran concert tickets to go on sale at 9 o'clock Saturday morning has grown throughout the day.

Musician James McKelvey traveled from Roscrea with his friends in order to secure tickets and having spent four hours busking in town he continued to sing for the crowd patiently waiting on Main Street.

While tickets are on sale in Thurles he said that the shop there does not let anyone queue until 10 o'clock tonight and that no one was allowed to sing in that queue.

"I think I am 13th in the queue with my girlfriend and friends, which could make a difference tomorrow morning. We are here since half seven this morning, my mother is gone to work she will be back later," James said.

While they are queuing in Portlaoise, all of James friends said they will be online in the morning too to be sure they secure tickets. 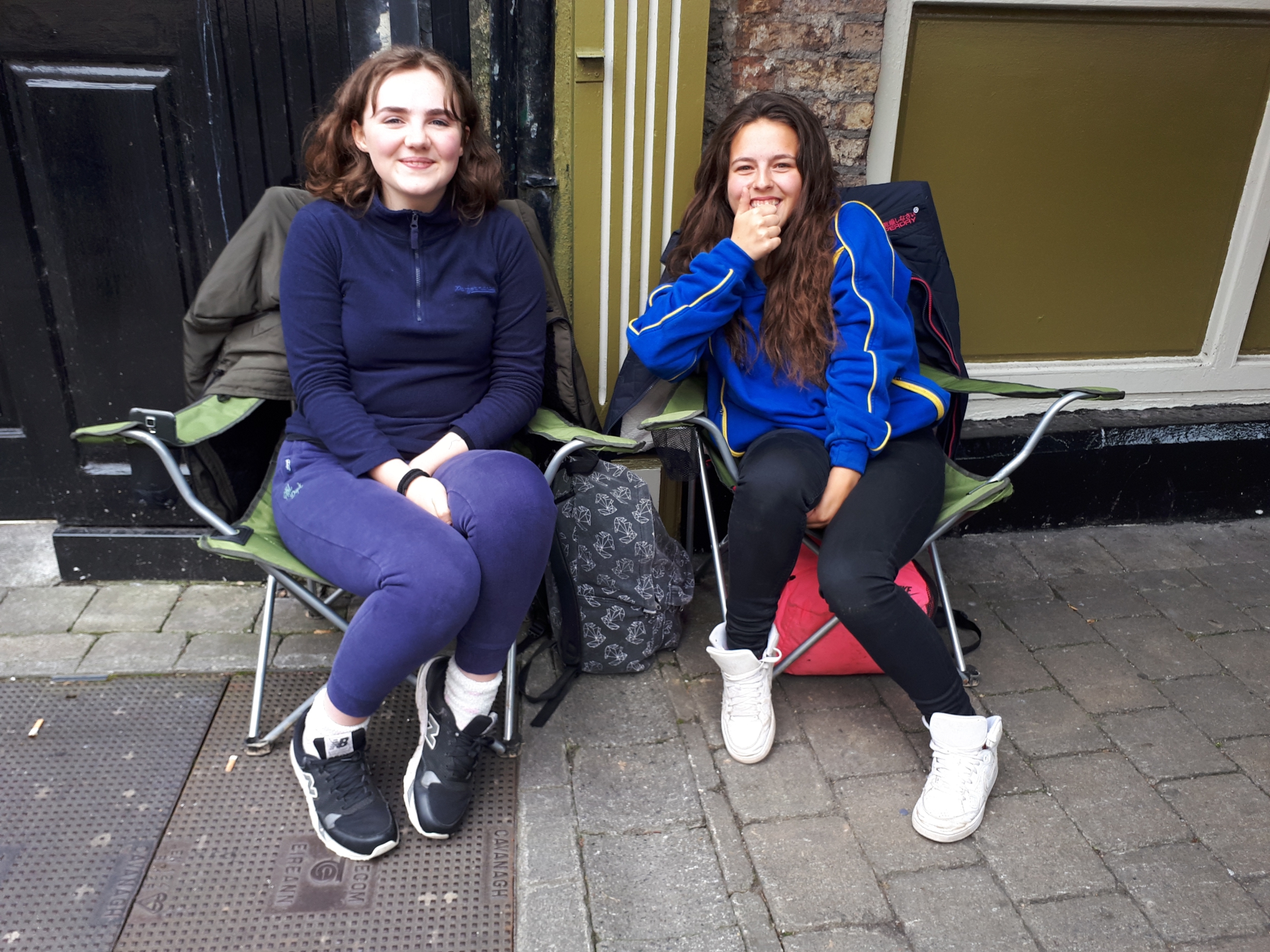 Orla Williamson from Emo and Orla Heath from Ballybrittas pictured above had been planning on queuing all week but are currently at the end of the line.

"I think we are in a good enough spot, we are going to stay overnight, it would be worse if we were on our own we have each other's company, we are dedicated fans" they agreed.

People have been queuing since 4 o'clock Thursday for the tickets to go on sale Saturday morning.

Ed Sheeran will play eight different dates in Ireland in May 2018 in Dublin, Cork, Galway and Belfast.

People in the queue do not know what location their ticket will be for although many suspect they will be for the Dublin gig in Phoenix Park.

Read: One night down and one to go for Ed Sheeran fans in Portlaoise.