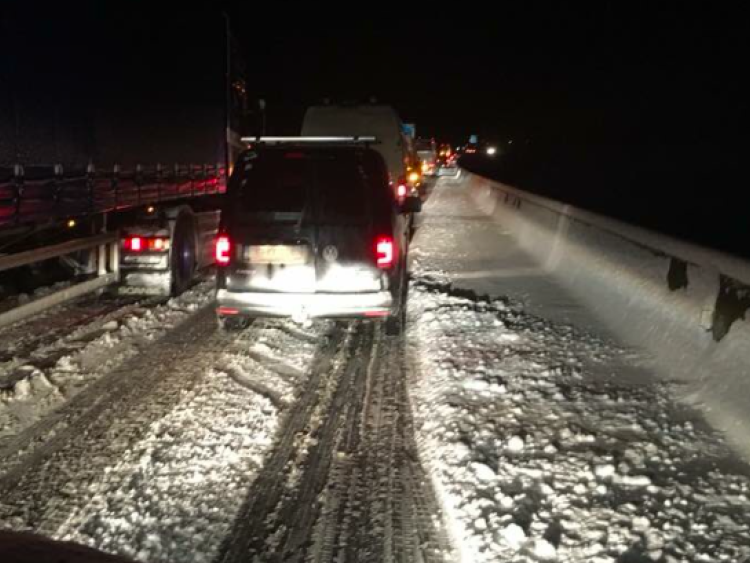 Laois commuters and commuters from all over the country are facing travel chaos this morning as the M7 and M9 were at a standstill as early as 07:00am.

Accumulations of snow have left driving conditions treacherous and Kildare, Dublin, Wicklow, Meath and Louth were updated to a Status Red weather warning this morning.

It has been reported that the M9 is at a standstill at the Athy exit.

The M9 is at a standstill at Athy exit according to one follower. Heavy snow in Kildare which has a red warning. Avoid travel in red warning areas this morning. #BeastFromTheEast pic.twitter.com/sh01lcfK67

It is understood traffic is backed up on the M7 as far as Newbridge.

One Mountmellick commuter who left at 06:10am got as far as Emo before deciding to turn back because driving conditions were too dangerous.

Many public transport services has stopped running including the Luas and schools across counties in Leinster are announcing closures.