Dramatic but vital repair work is continuing at three Laois schools which is described by a source as the equivalent of “being rebuilt from the inside out.”

Pictures obtained exclusively by the Leinster Express show the extent of work at the schools in Portlaoise and Portarlington which were built by Western Buildings Systems.

The repairs have delayed the reopening of Presentation Primary School in Portarlington.

The images (scroll through the gallery above) show internal walls removed to facilitate the secure restructuring of the buildings. A source described what is happening at Educate Together, and Gaelscoil Phortlaoise.

“The internal wooden walls were unstable and even moved if they were touched. Every external wall of the schools up into the attics had to be stripped of all the plasterboard inside. Then holes were drilled into the timber frames and into cement blocks and metal ties hammered in to tie the internal and external walls together,” said the source. MORE BELOW PICTURE 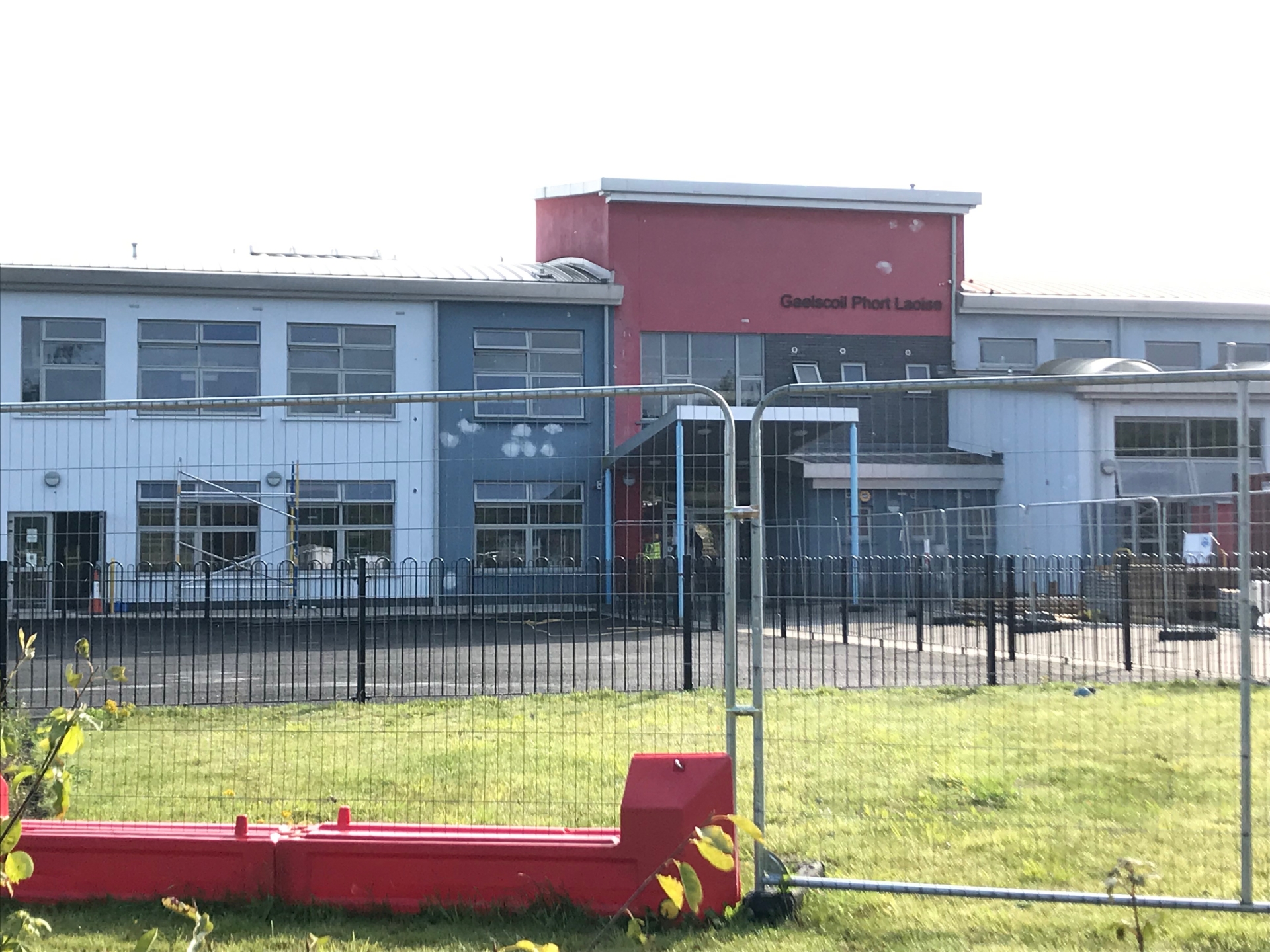 More than 1,000 pupils attend the two schools and Presentation Primary in Portarlington which are due to open within a fortnight.

The Leinster Express understands that existing ties that are vital to the integrity of the buildings were mostly only going into light plywood, not into beams.

It was claimed that the work being carried out will see the new tie being connected together with steel plates, and then connected to the steel frame of the building.

“What is going on now is triple what is needed to make it safe,” said the source.

It was also claimed that the new work will also address fire safety.

The source claimed that there was no fire cladding. This should give fire protection on the back of plasterboards.

Work is ongoing at the two Portlaoise schools and Presentation Primary School in Portarlington.

The Department of Education said last week that the defects had already been “permanently remediated.”

However, workers have a little less than two weeks to complete the work started earlier this summer. MORE BELOW PICTURE OF Portarlington school. 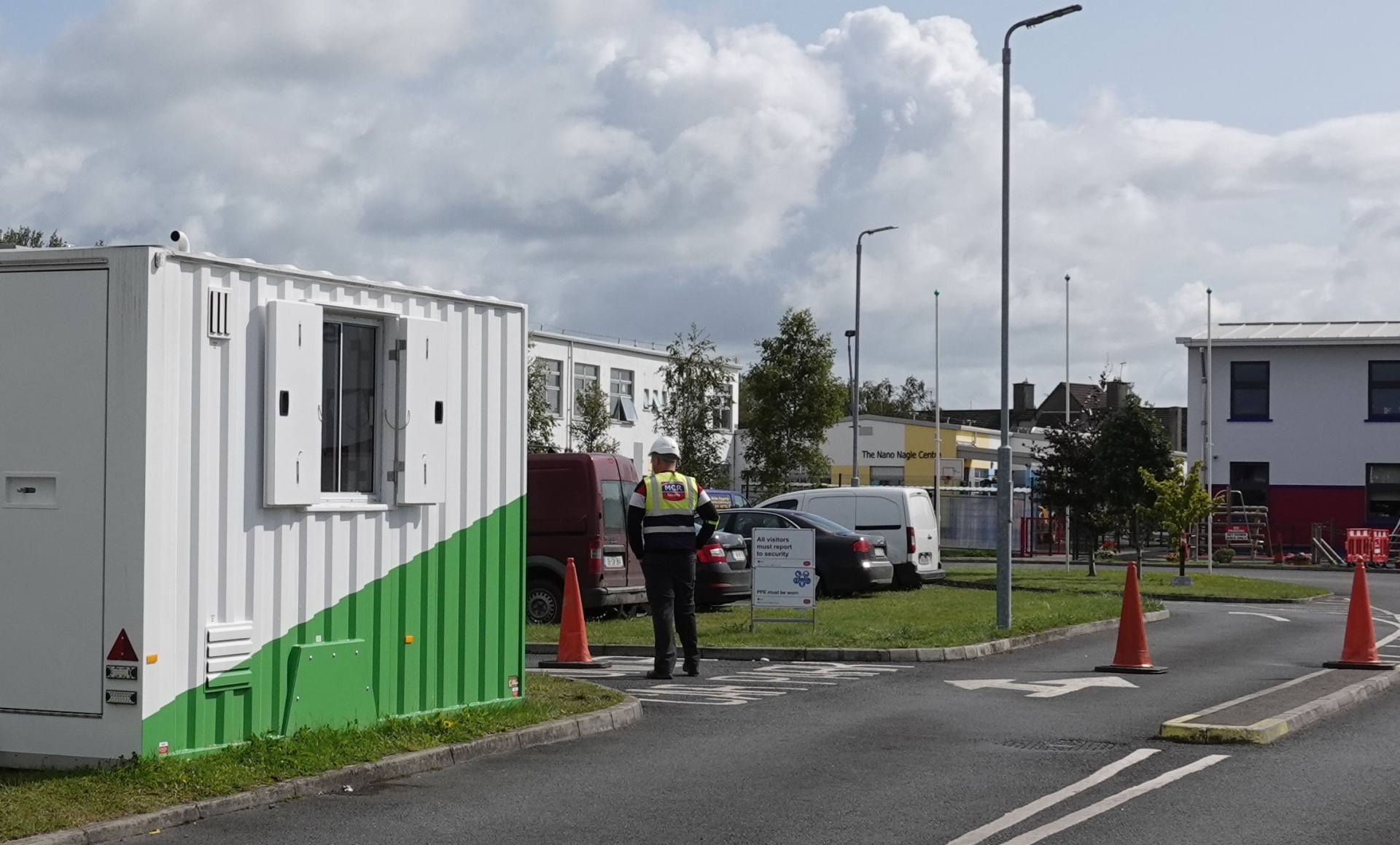 The Department expects that all the buildings should be ready by opening day but it conceded that the works had not been completed as claimed last week.

"Works are ongoing and nearing completion in Gaelscoil Portlaoise, Portlaoise Educate Together and the Presentation Convent NS Portarlington.

"The Department has been in contact with the schools and on site updates are being provided in the coming week," it said.

It added that as of Tuesday, the Portlaoise schools are expected to reopen on time.

All the Laois schools were built under the Department of Education rapid build programme by Western Building Systems.
Maryborough National School, the third school on the Summerhill campus, will have to undergo repairs next year or in 2021 after being given the all-clear late last year.

The three schools opened in 2013. MORE BELOW PICTURE OF Portlaoise campus. 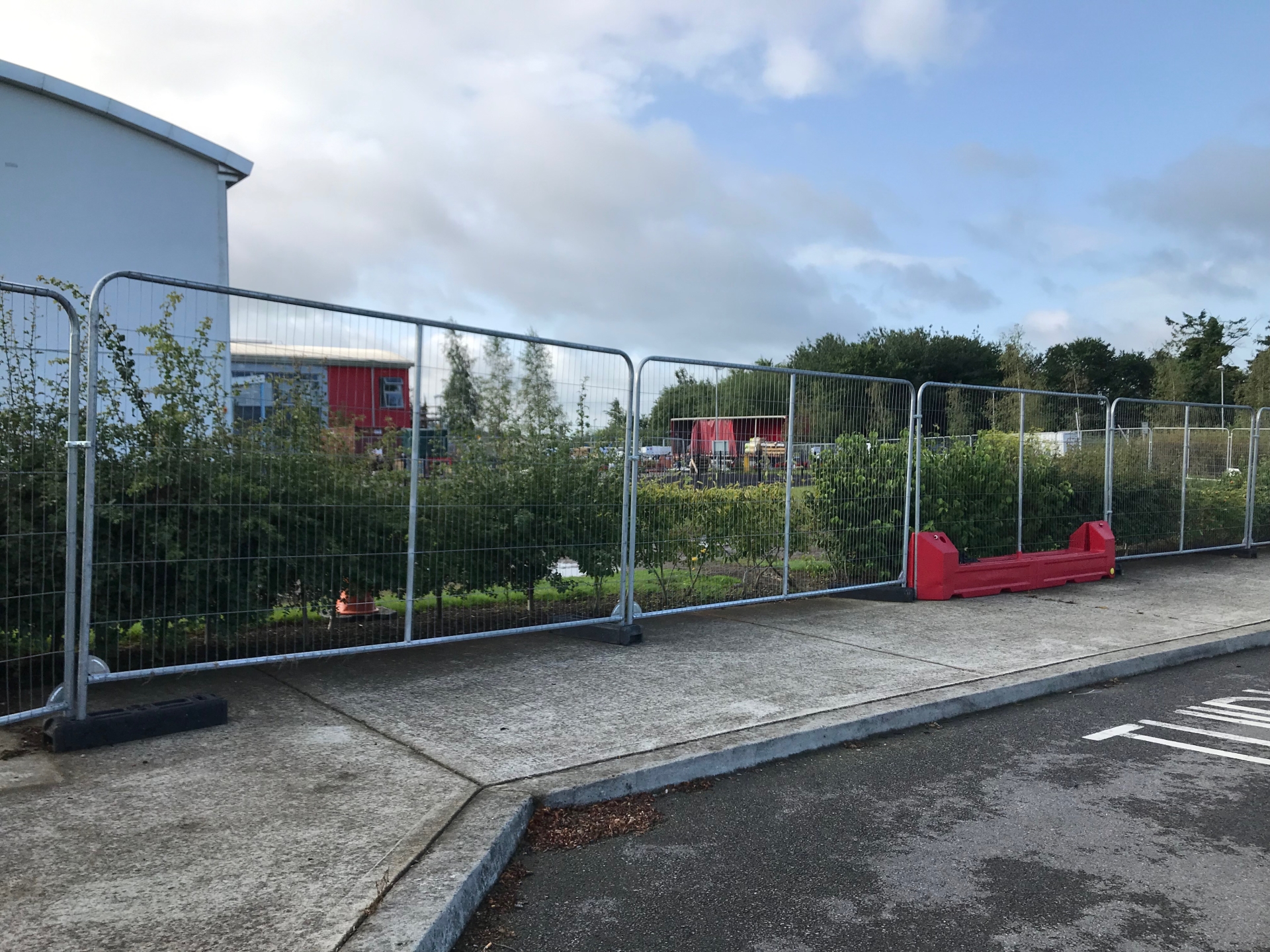 The contract to build the three Portlaoise schools was reportedly worth €8 million. When it won the contract in 2012 it was claimed the entire campus would be delivered within a 36-week programme – ahead of the new school year in September 2013.

As lead design and build contractor, Western Building Systems has said it constructed a new eight-classroom school building, with a special needs unit and hall in Portarlington.

They say they were responsible for all design elements, site development works, mechanical and electrical installations in Presentation Primary School. The building consisted of structural steel precast concrete floors and block walls. They say the building was a complete turnkey solution which was completed on time in 2012 and within budget. It was an extension to a new school completed in 2008.

The company has said all its work was certified by the Department which is not pursuing legal action against the Tyrone based firm. However, the builders insist that all work was signed off by the Department. They want an independent review of the issues identified. Minister for Education and Skills Joe McHugh said, “It is a complex problem that has required intensive analysis and tailored solutions following a detailed assessment by engineers,” he said.