Laois families in need of homes could soon be living in new houses in Portlaoise after two derelict unfinished houses on Portlaoise's Stradbally Road got the green light for demolition and redevelopment following a ruling in favour of Laois County Council.

An Bord Pleanála has ruled that Laois County Council can proceed with the compulsory purchase of two houses along the N80. The planning appeals board, confirmed with some modifications, a Compulsory Purchase Order (CPO) on the two two-storey detached homes owned by Portlaoise resident Mr Brendan Dully.

The order was granted more than a year and half after the local authority applied to An Bord Pleanála for confirmation of the CPO. The council first made the order on October 9 2019 and applied to the board a few days later.

Laois County Council’s case was that the CPO is necessary as the properties were suitable and necessary for the provision of social housing in the town. Their report to An Bord Pleanála stated that there is potential for a number of housing units on the combined sites of the existing unfinished vacant dwellings. MORE BELOW PICTURE. 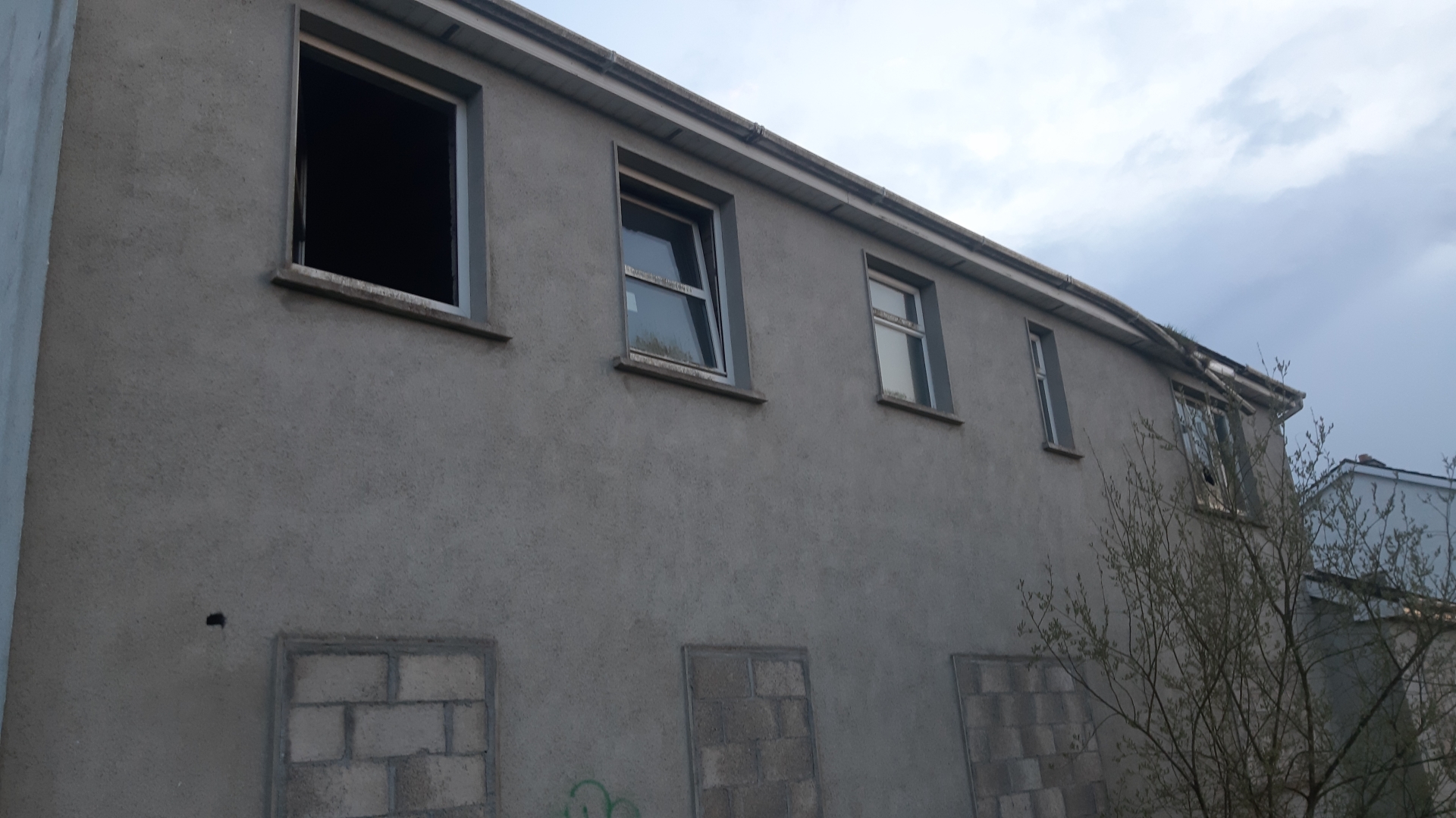 Laois County Council told the appeals board in February 2021 that given the size and current state of the property, the Local Authority considered it appropriate to demolish the existing large units on the site and to construct a number of new units of appropriate size to meet the current housing need in Portlaoise as part of an overall masterplan for regeneration / accessibility within the immediate area.

The appeals board said demolition was regarded by the owner as 'excercising extreme power'.

The council told the appeals board that Portlaoise is an area of high demand for housing with 1,296 approved applicants
for social housing support on the 17th February 2021, with Portlaoise as an area of choice

The owner objected to the forced sale in November 2019 which set off the drawn out process which has involved inspections of both properties.

The inspection reports found that the owner does not detail when the subject properties were constructed but given that they were granted permission in November 1998, it was concluded that the houses had been standing over 17 years, since the date of expiry of its permission in 2003. MORE BELOW PICTURE. 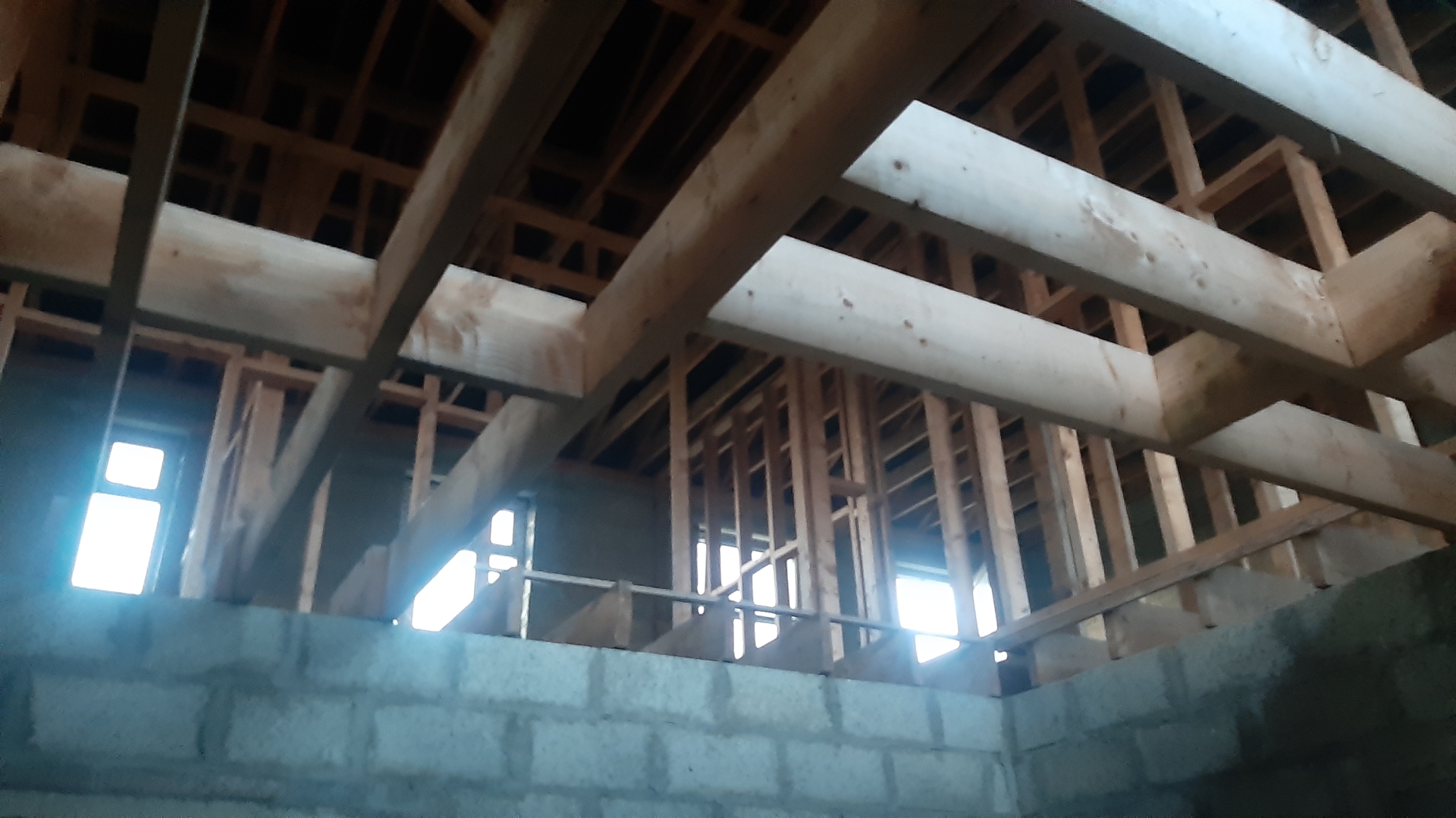 The inspector found that the owner has provided no indication of his intention to fully complete and occupy (or otherwise) the houses, and a timeline for such works. It was found that Mr Dully did not provide confirmation and/or details of financial means to complete the houses.

The report noted that Mr Dully had not been able to complete the houses because he was providing full-time care and support for his elderly mother.

It was contended that the owner's intention was to live in one house and his parents live in the house on the adjoining lands to the west, where he could provide care for them in their later years.

An Bord Pleanála was also told that the houses were left incomplete due to Brendan Dully’s need to care for his terminally ill father. It was argued that the welfare of his family over the completion of the dwellings while the collapse of the economy also played a significant part in not completing. MORE BELOW PICTURE. 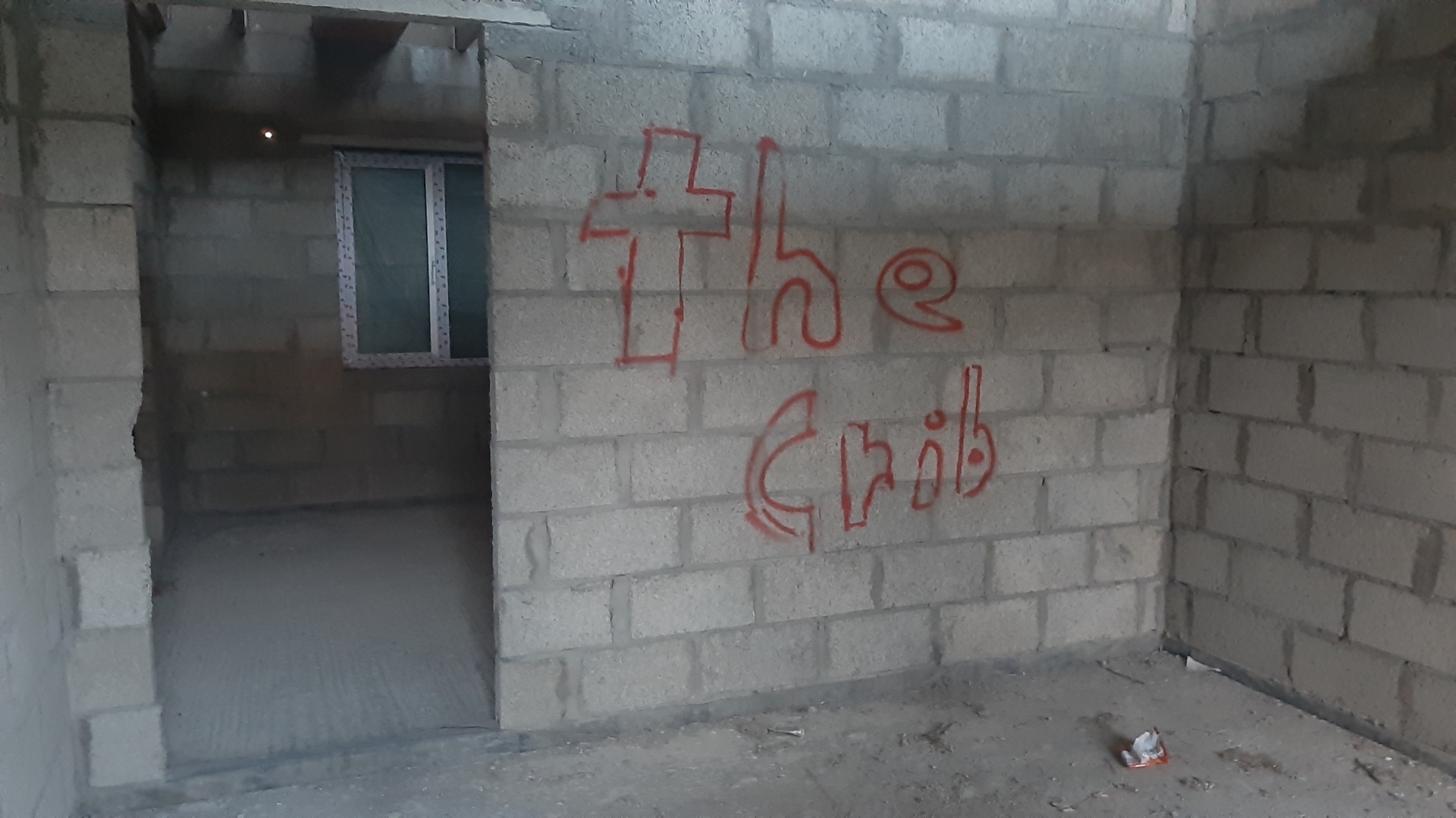 Reference made by the owner to Laois County Council’s purchase of the former County Hotel on Lower Main Street on Portlaoise with the view to provide social housing, and the delays that this has entailed.

It was also argued that should the Council require urgent social housing, there are enough recently finished developments waiting to come on to the market in the town, that are easily and more readily available.

"I noted that the subject dwelling has a neglected, unsightly and derelict appearance. Elevation materials and finishes have been subject to weathering and decay. The property appears to have been subject to some vandalism with a window on its western side elevation at ground floor level smashed. The land surrounding the house is undeveloped and completely overgrown," wrote the inspector.

While no records were provided, the inspector accepted the bona fide statement of the Local Authority that the property is registered on their Derelict Site Register. MORE BELOW PICTURE. 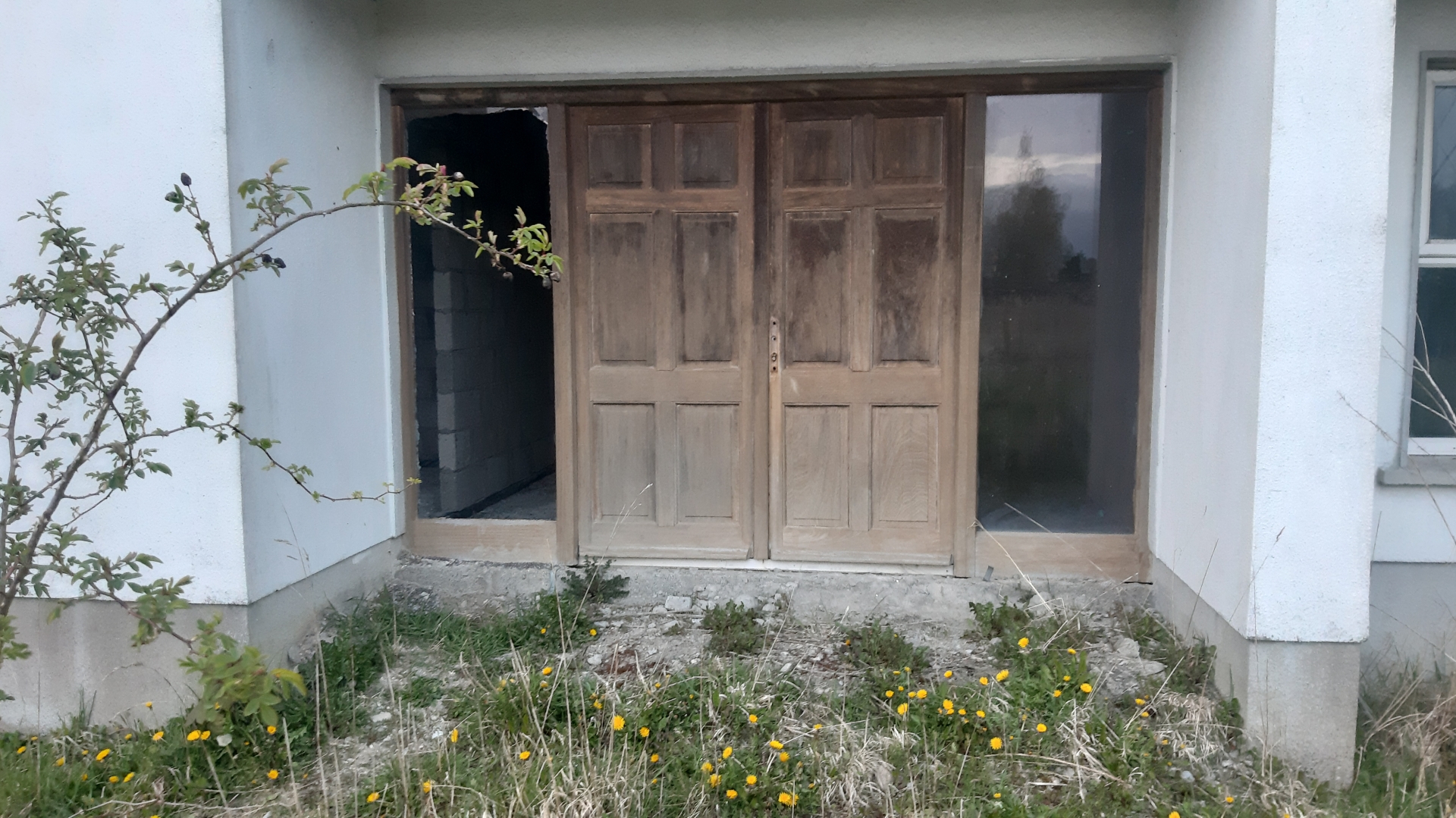 The Inspector ultimately found in favour of the council.

"The Local Authority have demonstrated a pressing need for the increase of social housing provision in the Portlaoise area, and the acquisition of long-standing unfinished, vacant and derelict properties for such social housing purposes is consistent with both National and County level policies and objectives as expressed in the Rebuilding Ireland: Action Plan for Housing and Homelessness 2016, the Laois County Development Plan 2017-2023 and the Portlaoise Local Area Plan 2018 - 2024.

"The proposed acquisition would allow for a comprehensive redevelopment and regeneration of an area subject to vacancy and dereliction," he said.

It was found that adequate justification has been put forward by the for the purpose nature and extent of the acquisition of the properties and the process and procedures undertaken by the Local Authority have been "fair and reasonable" and that Laois County Council has demonstrated the need for the CPO and that the property being acquired is both necessary and suitable.

"I consider that the proposed acquisition of the subject property would be in the public interest and the common good and would be consistent with the policies and objectives of both strategic and statutory planning policy," said the Inspector.

An Bord Pleanála agreed with its inspector and signed off on the CPO on June 30. 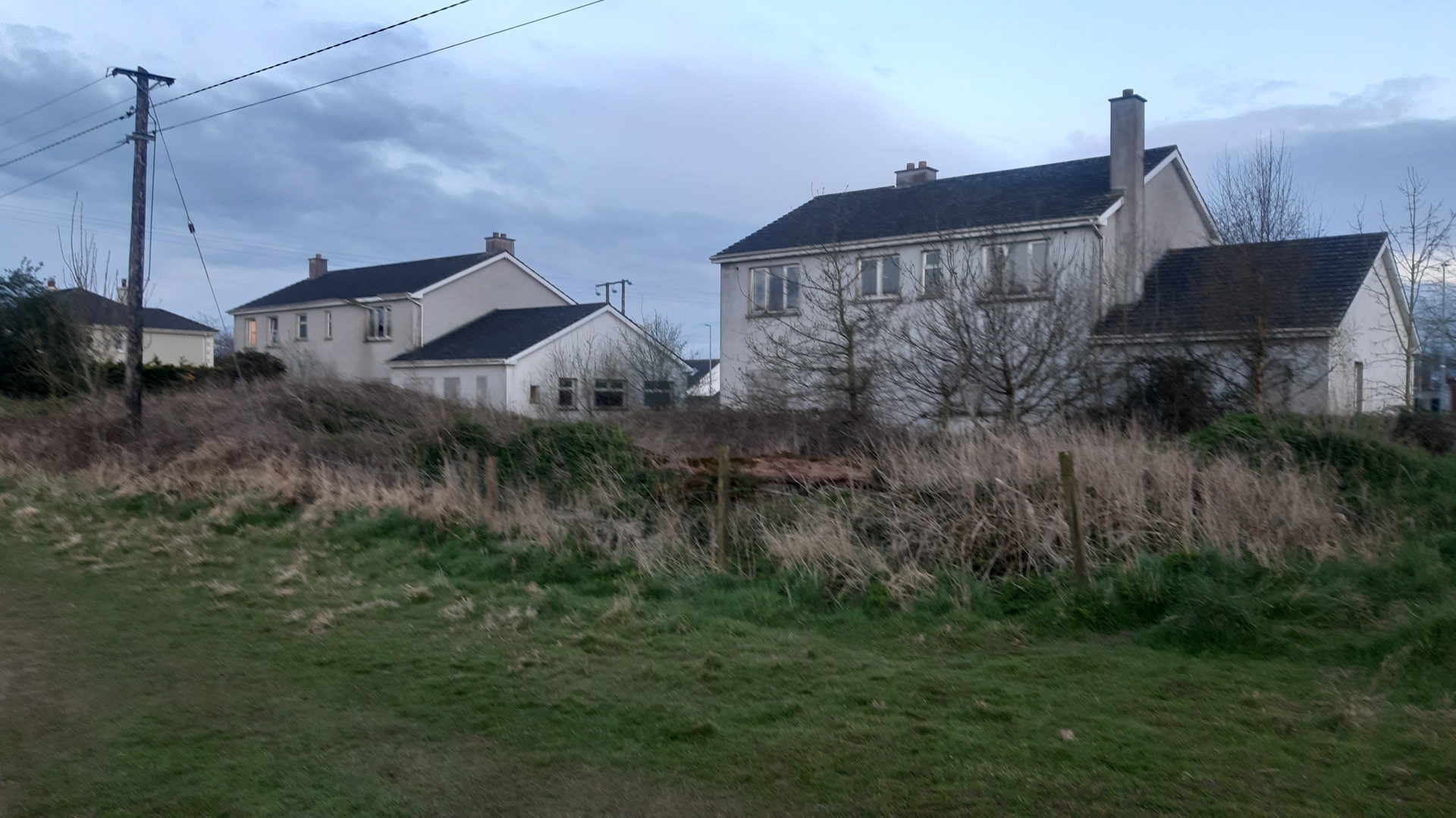