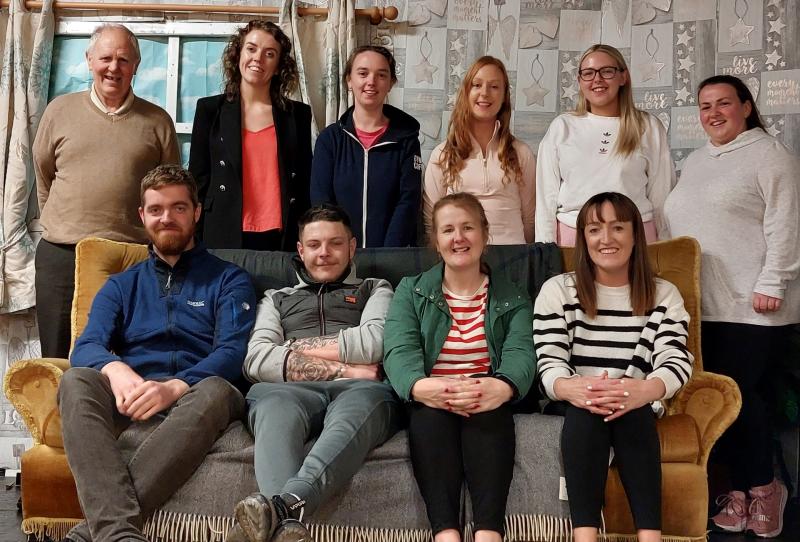 Some of the cast of For Better, For Worse, by Mountmellick Macra.

If you are in need of a laugh, and who isn't, a Laois Macra club is sure to have your sides splitting with their new production this month.

Mountmellick Macra have announced their staging of For Better, For Worse by Jimmy Keary, a laugh out loud three-act comedy.

The club has been busy preparing for the comedy and everyone is looking forward to what promises to be a great nights' entertainment, at their own theatre, Mountmellick Macra hall off the town's Main Street.

This is the second Jimmy Keary comedy the club has performed and Jimmy, a Westmeath native, travelled to meet the cast back in April. 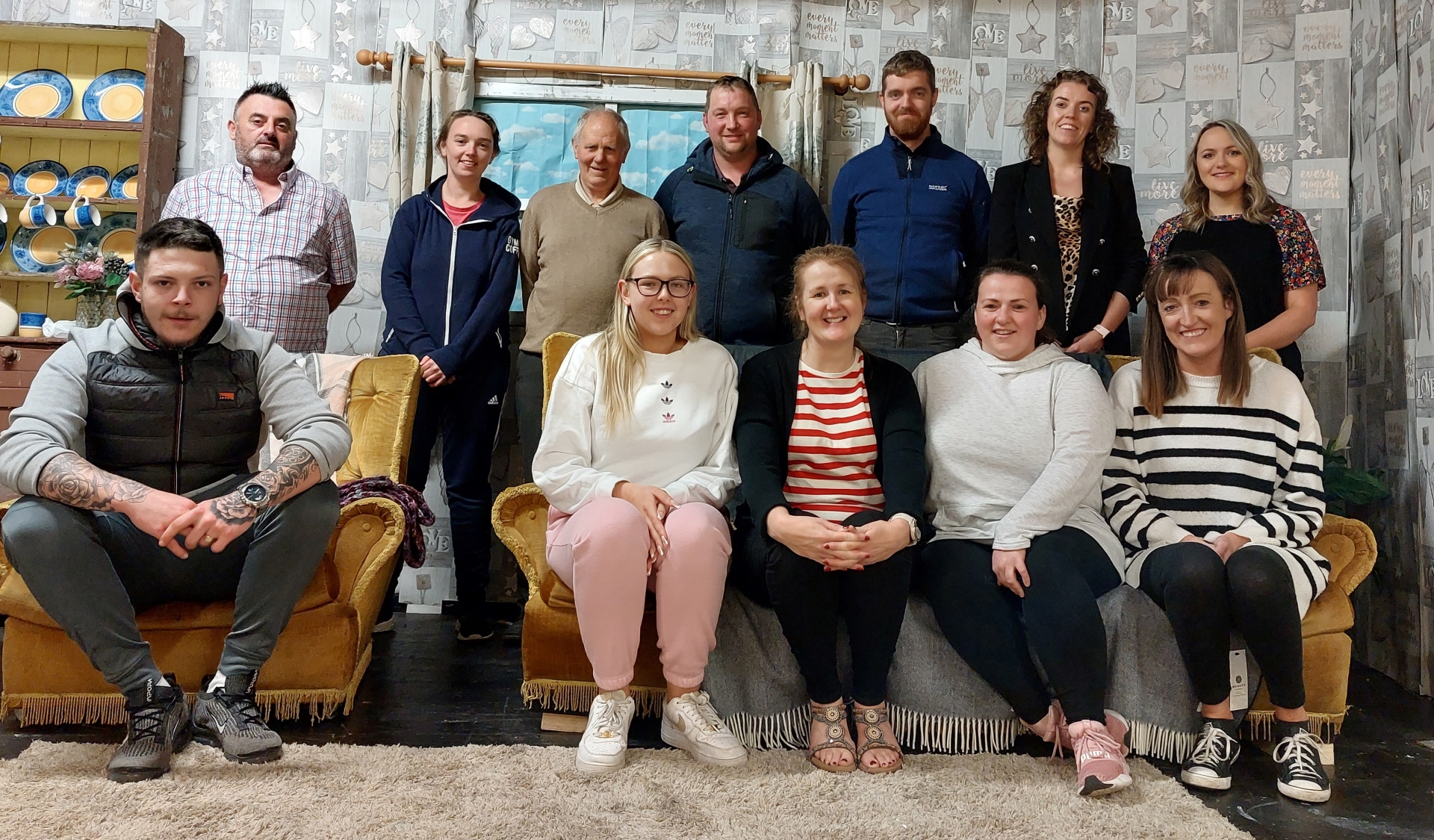 The 3 acts are set around Gabriel Foley, played by John McEvoy, the recently married son of Aggie, played Gemma Dunphy. Himself and his new wife Chrissie, Rosemary O'Gorman, have not gotten off to the best start due to lots of interfering neighbours and in laws.

The laugh out loud show is topped off by Helen Dempsey playing Miriam, the man eater and Larry Ryan, playing Liam, the hoodwinker.  Mix in two gossiping widows,(Aoife Fitzpatrick and Colette Cashin) their daughters (Amy Strong and Mairead McEvoy) a Counsellor (Colin Fitzpatrick) who needs counselling himself and his secretary (Michele Curran) and you're sure to be entertained.

Below: John McEvoy and Rosemary O'Gorman in rehearsal. 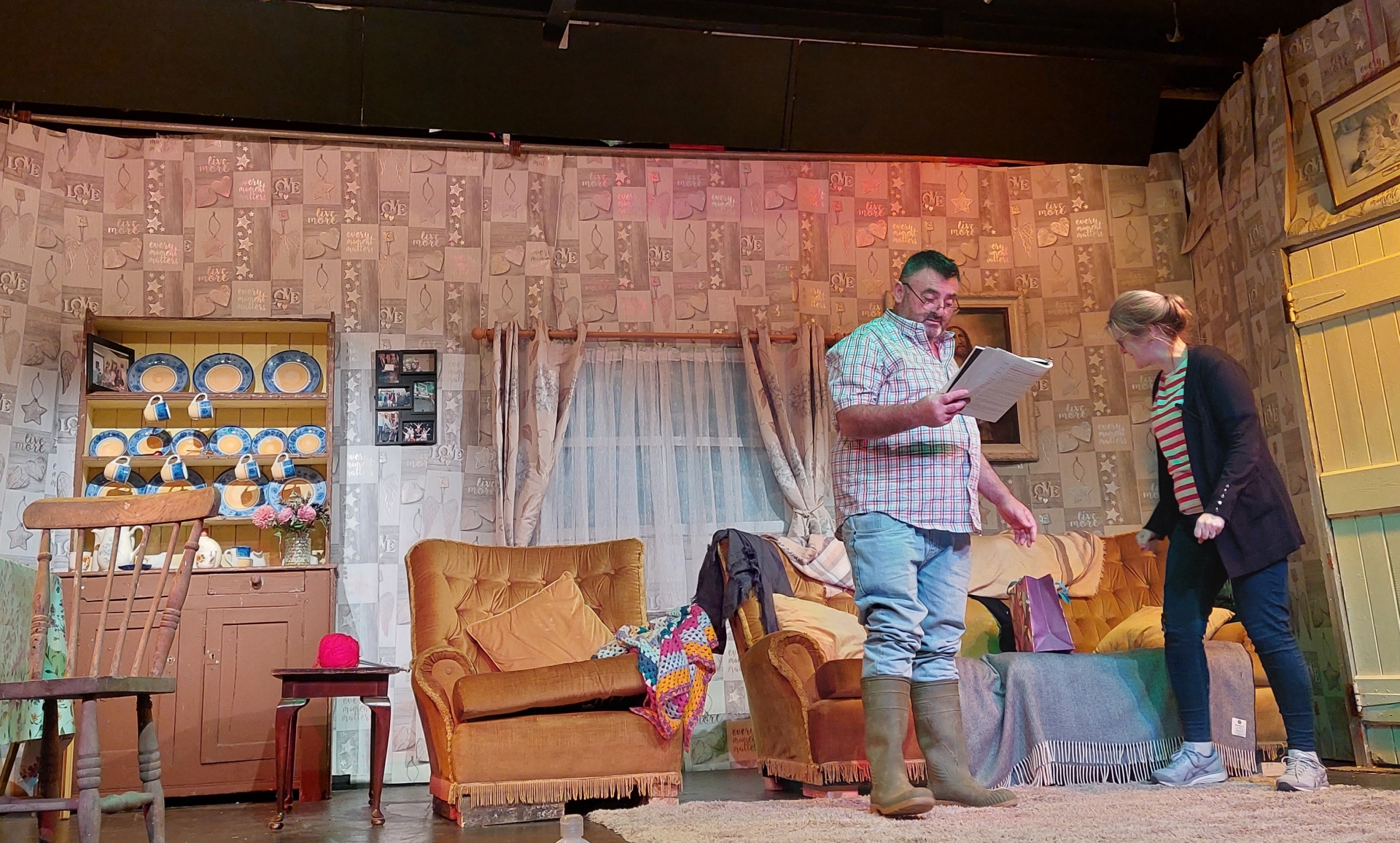 The set has been built, the posters are up in the town and the club is ready to welcome you to the Macra hall.

The show is produced by AC Reynolds.

"I would be lost without my fantastic back stage team of Christopher Joyce, Andrew Dunne, Sharon Fitzpatrick and Mairead McEvoy," she said.

For Better, For Worse will run on June 17, 18 and 19  at 8.15pm nightly.  The entry is €12 per adult and €10 for pensioners, pay on the door each night. For more information check out the Mountmellick Macra social media pages.