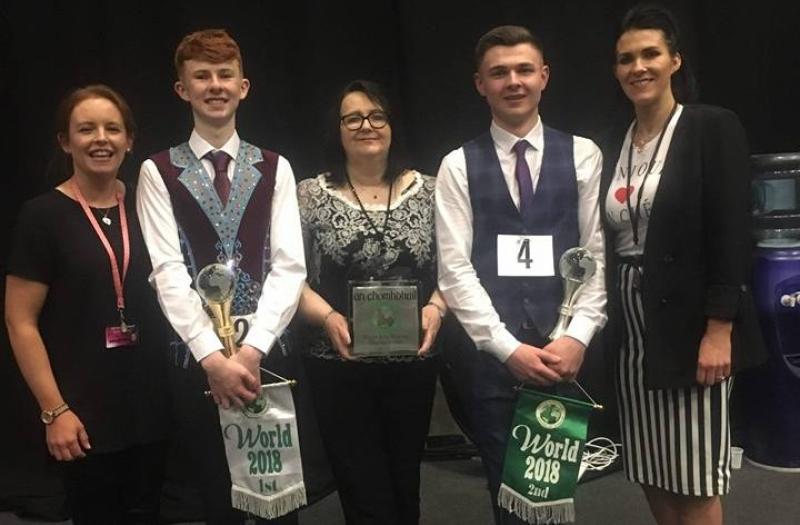 The people of Portarlington are very proud once again of Sean Burbage who became World dancing Champion in the U/19 boys World Dancing Championship 2018.

Sean is a son of Pat and Catherine Burbage and he dances with Lynam School of Irish Dancing under the tuition of Gabrielle Lynam ADCRG, Carmel Manton TCRG & Orla Byrne TCRG.

In second place for the Boys U/19 in the World Championship was another Laois local, Conor Kilmartin.

Kennedy sister from Mountrath took home globes too with Ciara Kennedy coming third in the Girls U/19 competition and Jean Kennedy fifth in the Senior Ladies.

Taking to Facebook to share the good news, the Lynam School of Irish Dancing shared the following message.

"Not only were we so unbelievably proud of how each of you performed on the world stage regardless of your results but the team spirit and support you showed for each other alone was simply amazing!"

SEE ALSO - Almost €60,000 worth of cocaine seized after armed raid in Laois town.