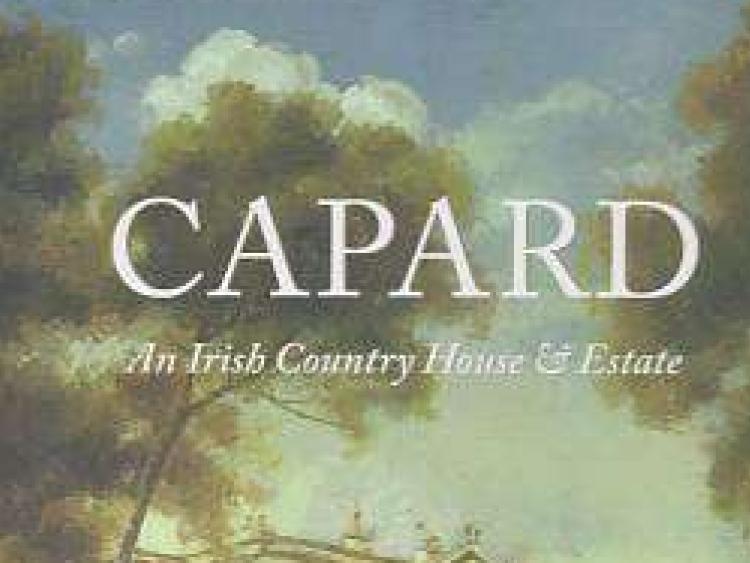 A book about the history of Capard House in Laois written by an Offaly man has won the Nilsson Local Heritage Writing Award 2020 at Listowel Writers Week.

Capard House, near Rosenallis at the foot of the Slieve Bloom Mountains, is a Georgian mansion that dates back to the late 1790s.

The book charts the history of Capard House and estate from the arrival of the Pigott family in Ireland in the 1560s to its present-day restoration. Lavishly illustrated throughout, the story of Capard challenges many of the stereotypical interpretations of the Irish country house.

In 2015 it was sold to a US property magnate. Since then Capard has undergone one of the largest restoration projects of an Irish country house to date. Read more on that here.

It was seldom featured on the trail of the travel writer or gazetteer, making its research all the more challenging for the writer, historian Dr Ciarán Reilly.

"The writing of this book was particularly onerous owing to the lack of records or archival material which existed to tell the story of Capard. There were days when I thought that this was an impossible task but at various times what seemed small breakthroughs, yielded massive results.

"In many respects, Capard remained unknown to the outside world and lay in the shadow of the other great houses of Laois. However, Capard was central to the social, economic and political life of Rosenallis and the wider community over several hundred years," he said.

Dr Reilly from Edenderry is an historian of nineteenth and twentieth century Irish history based at Maynooth University.

He was delighted to win the writer's award, presented online due to Covid-19 restrictions.

"Obviously it is a great honour to win this prestigious award at the primary literary festival in Ireland which celebrates its fiftieth year in 2020. It is also obviously very special owing to the many long hours that have gone into writing the book," Dr Reilly told the Leinster Express.

"My previous book on Strokestown House in Roscommon, for example, involved me examine 50,000 documents before writing the book. In the case of Capard surviving records probably amounted to less than 1% of that.

"This is not a history of fireplaces, of art or cornices but a history of people and of place. Capard, one of the great country houses of the midlands, was central to the social, cultural, political and economic world of Rosenallis and Mountmellick over several generations."

The book is available through the Irish Georgian Society HERE and the Offaly History Centre, Tullamore at
www.offalyhistory.com.