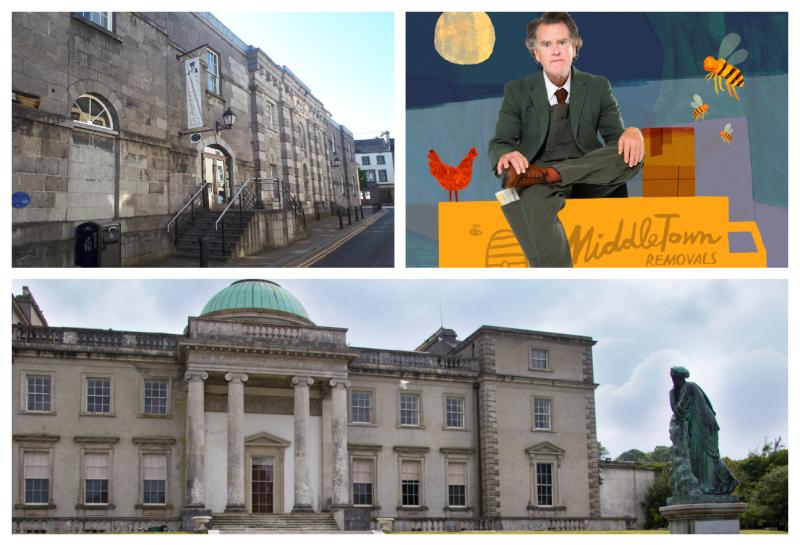 Mikel Murfi is the star of 'In MiddleTown'

Dunamaise Arts Centre are proud to announce that live theatre is coming back as they team up with the Gate Theatre when they park up outdoors Emo Court & Parklands later this summer.

To be staged on Saturday, August 7 'In MiddleTown' is the new show by the amazing Irish Times Theatre Award-Winner Mikel Murfi.

The show had hardly been announced but tickets flew out to a point where a second show was added on the night.

"We really wanted as many people as possible (obviously within safety guidelines) to enjoy this wonderful live theatre experience so we have arranged with the Gate Theatre, Mikel Murfi and Emo Court & Parklands to add an extra show, at 7pm," said the Dunmaise!

Performed outdoors on the back of a specially adapted truck, and to strictly limited audiences, In MiddleTown will tour towns and communities across Ireland this summer, including the beautiful setting of Dunamaise Arts Centre’s momentary venue at Emo Court & Parklands. MORE BELOW LINK.

In MiddleTown is a remarkable new solo show, commissioned and produced by the Gate Theatre and written and performed by Irish Times Theatre Award winner Mikel Murfi, renowned for his critically acclaimed plays The Man in the Woman's Shoes and I Hear Your Rejoice.

One day, instead of helping a neighbour move, he drives to his own house, packs up his 'life' onto the back of his truck, pulls the door behind him and never goes back. The truck becomes his world, turning into places he thought he would never see or visit. He is a man moving on, neither here nor there, to both everywhere and nowhere.

"In MiddleTown is a brilliantly imaginative, gentle reflection on 'living in the middle', and the search for solitude, simplicity, and the things that make us truly happy. It's a magical, timely, and heartfelt piece for the times we live in," said the Dunamaise.

Mikel Murfi’s critically acclaimed shows include The Man in The Woman’s Shoes and I Hear You and Rejoice. In MiddleTown features set and costume design by Sabine Dargent, lighting design by Sinéad Wallace and sound design by Sandra O’Mahony.

This event is presented in partnership with the Office of Public Works. Dunamaise Arts Centre extends grateful thanks to them and the management and staff of Emo Court and Parklands.