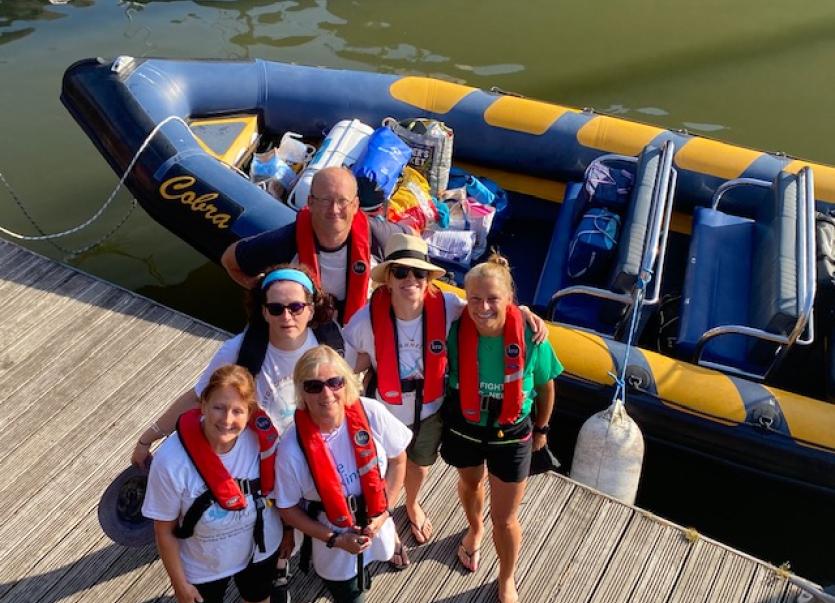 A Laois native is among a five strong female relay team who were forced to end an epic sea swim attempt last week just before reaching shore.

However the determined Henley Mermaids are going to attempt the Bristol Channel again, within weeks.

Joan Fennelly a native of Mountmellick is one of the five Henley Mermaids team in the UK who attempted to swim in relay across the Bristol Channel on Tuesday July 20. They would have been the first all female relay team to ever swim across the strong tidal 25 mile channel. They had to give up the swim, with just a few kilometres left to cover.

Joan (below on the boat) shared her disappointment but says they will try again soon.
“We are all gutted that we got within 4.5km of the Gower. There are areas of our game plan that we can tighten up a lot on and we hope to be able to give it one more try in the next few weeks.

“If we get half decent conditions, I think we have a good chance of succeeding it second time around.

“The calm waters were amazing and we were blessed with a beautifully sunny day, but the tides beneath were very strong and at the end of the day, they were pulling faster in the opposite direction. 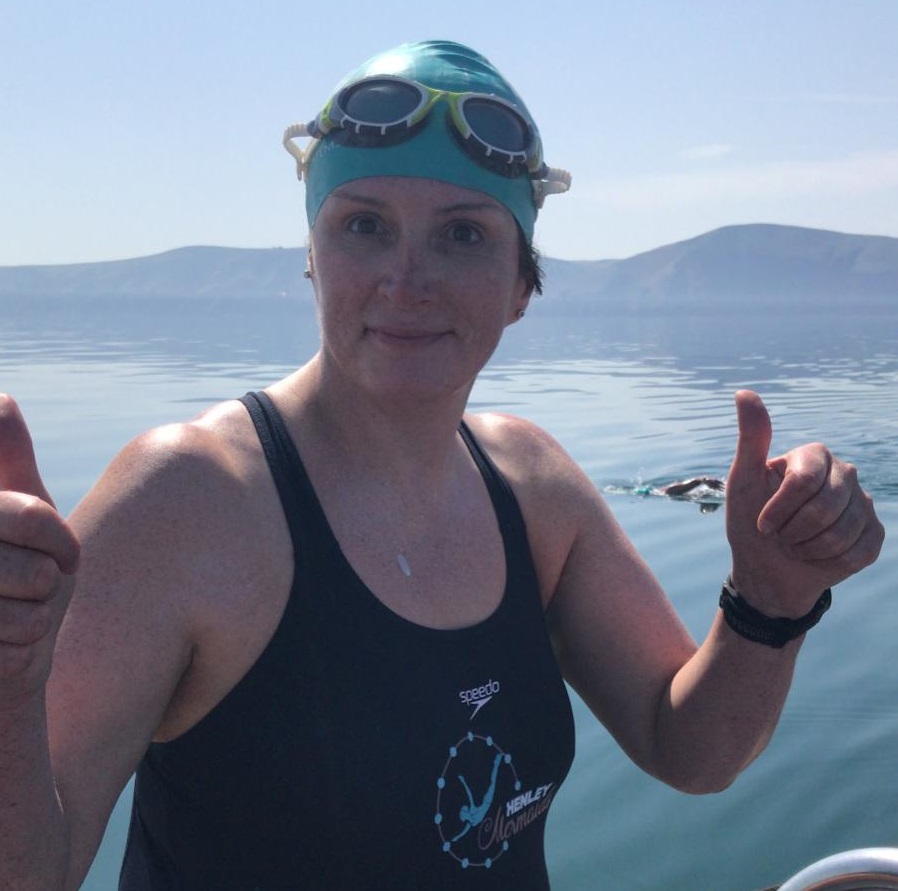 BREAKING: 'Great buzz' at news that Laois has a big new lotto winner

“In my 3rd 1 hour swim the first 10 minutes were a bit traumatic as I hit a shoal of jellyfish and panicked. After regaining control of my breathing I got into a great stride. The sun was setting and I could see myself motoring past this beautiful lighthouse with the beautiful red sunset over the beaches and hills and the moon coming up.

“During my last swim at sunset, I was full sure that our next swimmer Fiona would make land for our team.
“After getting back onto the boat and been told that we were losing ground to the tides, I was gutted. Fiona got in after me and Susan after her, but with tides pushing us in the direction of dangerous sandbars, there was a real risk of our swimmer and boat being parted and that was too big a risk in the darkness of night. We were all crestfallen. To have swum 61km and get within 4.5km of our destination and not succeed was a hard pill to swallow.
“However, we are all rested now and regrouping for our next attempt, so fingers crossed we can nail it 2nd time around,” she said.

Joan is grateful for Laois support.
“I thank the people of Laois who got behind the campaign, most particularly Mountmellick Yarn Bombers, my extended family and friends, and our Portlaoise PR engine, Noel and Marie Tuohy and John Whelan. The support has been overwhelming and emotional at times and I am so grateful for it, and all the amazing messages. I’m still working my way through responding to everyone, and I will,” Joan said.

They are raising money for both Irish and British brain disease charities, almost €6,000 so far for Irish charities, and £16,000 raised this year in total.

The donation links will be open until October as three of the Mermaids are swimming the Thames Marathon on August 17 and all five are doing the Gaelforce swim of the icy cold Killary Fjord In Connemara on October 2.