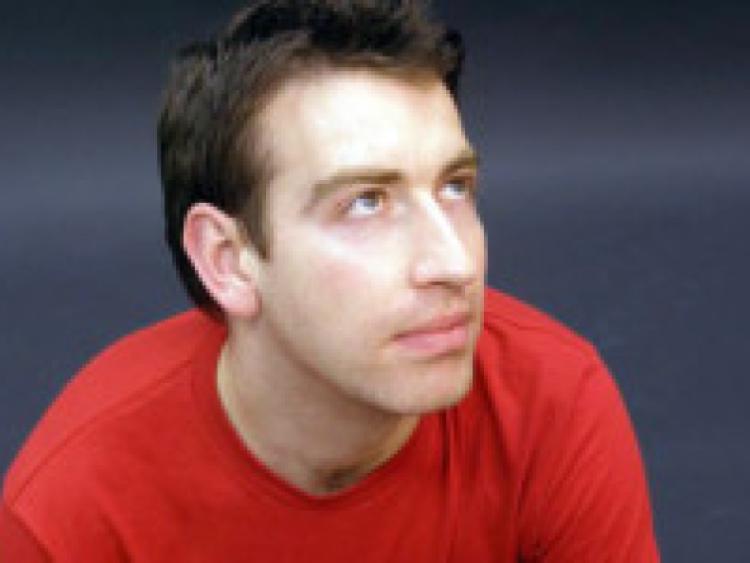 ONE of the country’s rising comedy stars, Colm O’ Regan will be presenting his new show in the Riverbank Arts Centre in Newbridge on Saturday April 13.

ONE of the country’s rising comedy stars, Colm O’ Regan will be presenting his new show in the Riverbank Arts Centre in Newbridge on Saturday April 13.

Hailing from the small Cork village of Dripsey, Colm O’Regan has been making a name for himself in comedy over the last while. From Cape Town to Tokyo, Montreal to Montenotte, he has stood up and made audiences laugh all over the world. He is has done all the major comedy festivals. His TV appearances include Just For Laughs, The World Stands Up on Comedy Central and the Late Late Show. He is also a regular columnist for RTE and the BBC. Last year he toured his show Dislike! to critical acclaim. This year he just wants his mammy.

He created the Twitter sensation @irishmammies and introduced the world to the gentle wisdom of Irish Mammies everywhere. In just six months he (or she, actually he’s not really sure any more) gained nearly 40,000 followers including famous authors like Marian Keyes and Hollyood star Minnie Driver.

And now he’s made a complete show of Mammy. Do you have a son working in something to do with computers’?, ‘Had you to ask the young one in the shop to put the credit on the phone’? Did you ‘have the pavlova’? Colm O’Regan, brings the world of the Irish Mammy to life in a unique and dotey way. “Well, when I saw he was doing a show I got a land. And him with a degree and everything.”- Irish Mammies. A warning is given to audience members - this show may be best accompanied with tea and a bun. See www.riverbank.ie for more information.