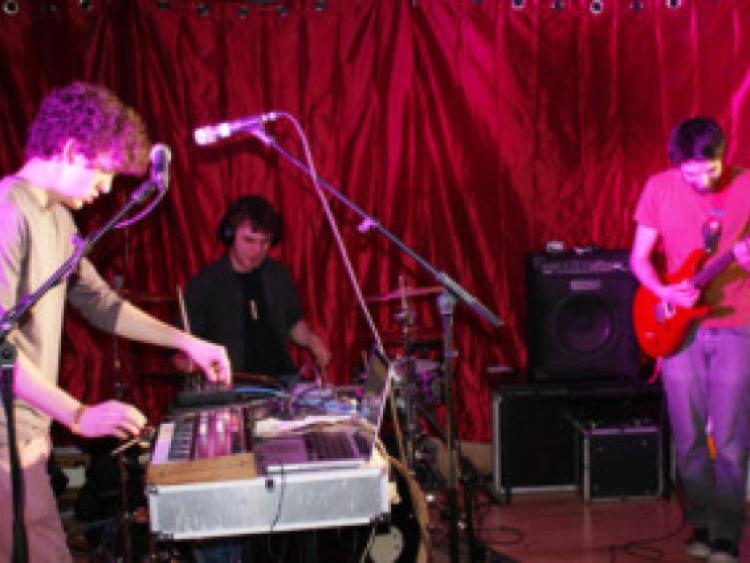 THERE are a host of bands performing in Portarltingon over the weekend as part of their French Festival line up.

THERE are a host of bands performing in Portarltingon over the weekend as part of their French Festival line up.

Among the acts performing are WOB! WOB! are a three piece band from Dublin who play Live E-Fusion: a style of music that blends many different genres together on a foundation of live Drum and Bass beats.

Founded in January this year by drummer Nenad Djordjevic (aka Djollie), the line-up also includes Paul O’Hare on guitar, analogue effects, synth and Stephen Kerr on keyboards, sampler and cornet.

WOB! recorded their first three song demo ‘Live session @Area94’ in February and with the help of these videos got very busy on the gigging scene.

They had the privilege of headlining the hottest venues in the country, Whelans, Mercantile, Grand Social, Crane Lane Theatre, to name but a few, and played their first festival in May to a rammed tent at Vantastival. WOB! will be playing in Portarlington’s new music Venue STX at The Barrow Lodge on Friday July 12.

Other acts performing over the weekend include Bluemoose, 1990s tribute band Smash Hits, Bang Bang, Hogan, My Tribe Your Tribe, Lemon Street and Viking Boat Race to name a few.