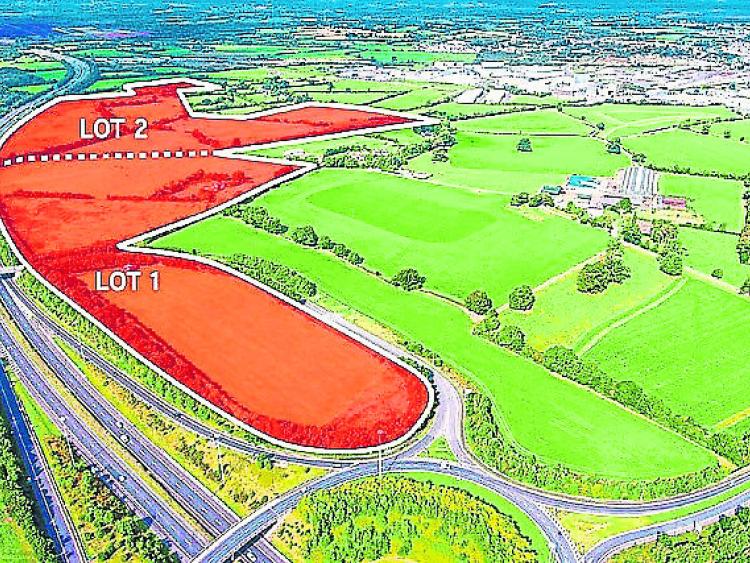 The land at Togher, Portlaoise beside Junction 17

A project with big jobs potential for Laois is now achievable because Laois County Council owns prime land earmarked for the extensive business development, according to the local authority's Chief Executive.

Mr John Mullholland was speaking to the Leinster Express after county councillors gave the green light to roads and other infrastructure to be developed to service 250 acres alongside Portlaoise's Junction 17 of the M7 motorway.

The council now intends start to build roads and prepare the site for electricity, water, gas and broadband.

Developing the land for business has been in the works for nearly 20 years but this has failed to materialise, not helped by the recession.

"The difference is now that we have control of the land. We didn’t 20 years ago. So that’s a big change, and we also got good value I believe, so now we are the masters of our own destiny, and able to open it to various people as regards it future use.

"What we want is an exceptionally high standard of business park, industrial park, enterprise park, whatever it turns out as. And we want to maintain that high standard and attract investment that would have a good deal of employment," he said after the meeting.

The council are open to selling parcels of developed land for many sorts of industry, from one acre to 20 he said.

"We have had some interest, and this is even before marketing, so I’d be fairly optimistic about it. Even what’s happening in the last couple of months with pressures of Brexit, and the pressure on the Dublin market with very high commercial rates, I continue to question why people wouldn’t invest in Laois," Mr Mulholland said.

A new Togher masterplan is now being drawn up by consultants, in consultation with Transport Infrastructure Ireland.

Supermacs chief Pat McDonagh has lodged planing permission with the council to build a motorway service at Togher. The council bought 76 acres of the land from McDonagh last year.

READ MORE ABOUT WHAT THE COUNCILLORS VOTED ON HERE