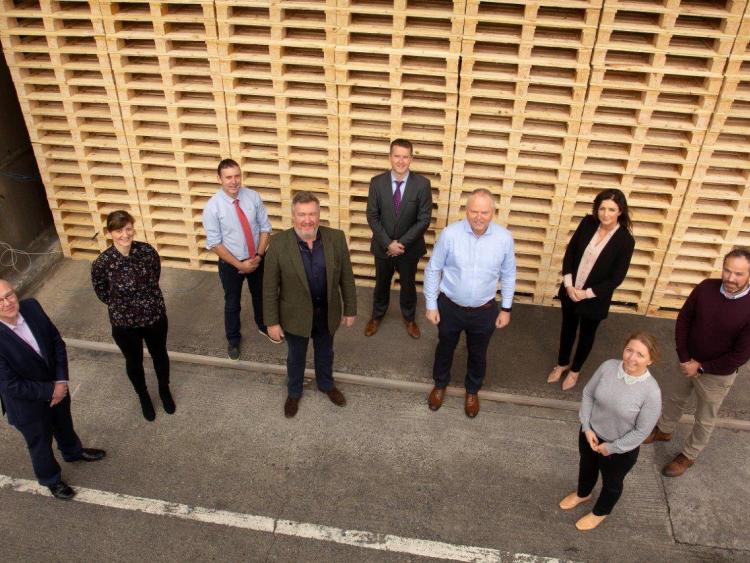 Both companies are synonymous with the timber industry in Laois and beyond, with the deal signed off last week by Mark Sheeran, MD of CJ Sheeran, and Declan Hutchinson, MD of Coolrain Sawmills.

Coolrain Sawmills is one of the larger Irish sawmills with markets for fencing and pallet timber in Ireland and the UK.  They also have a significant presence in the hardware trade with the Garden Living brand, which manufactures and supplies fencing and bark mulch to this sector.

With deep roots and relationships in the industry, the combined entity plan to maintain and expand current relationships with suppliers and customers alike.

"We are delighted with this deal", commented Mark Sheeran. "Both companies complement each other with significant synergies achievable in the short to medium term".

Declan Hutchinson has been MD of Coolrain Sawmills since 1986 and has seen the company going from strength to strength.  The most recent CapEx has installed new lines including automated stacking supplied by specialist Danish company Brodbaek & Co.

"The deal is good for both companies and copper fastens us into the future as a strong, indigenous Irish company with increased export potential", says Hutchinson.  "I will be remaining on in the business as MD of Coolrain Sawmills along with our team here in Coolrain."

The deal was completed with the input of Senior Management from both companies, Bank of Ireland, Mason Hayes Curran, Stephen Lynn & Co. and PP Ryan & Co.