Brewing success: Laois craft breweries are on the map 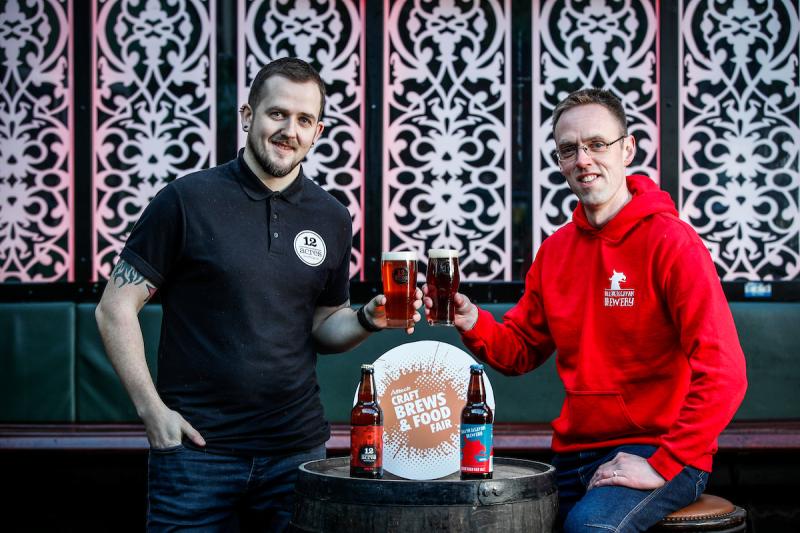 Two Laois breweries part of a new nationwide initiative to promote Irish craft breweries with the launch of an online Irish beer map.

The project aims to highlight the independent craft breweries around Ireland and to generate public interest in beer provenance, by linking craft breweries to specific destinations.

The map currently has 60 breweries listed. Ballykilcavan Brewery and 12 Acres Brewing Company in Laois are two breweries which produces own malt on-site with full traceability from field to tap.

The Ballykilcavan Brewery near Stradbally was established in 2018 by David Walsh-Kemmis. The inspiration to brew came as David was figuring out how to futureproof his family farm which had been in the Walsh-Kemmis family for 13 generations, dating back to 1639. As the tillage farm grew malting barley and David had a keen interest in homebrewing, it made business sense to try brewing on a professional scale.

David restored a disused 18th century stone farmyard and the adjoining yard for the brewing operation.

12 Acres Brewing Company from Killeshin was established in 2014 by brothers Patrick, Rory, Ian and Barry McDonald.  The family farm produced malting barley for the brewing and distilling industries, and also had an excellent spring water supply on-site. As malt and water make up 97% of the raw materials for beer it made sense for the farm to start producing its own brews.

12 Acres Brewing Company claims to be the first micro-brewery in Ireland to be full traceable from ground to glass. The spent grain, yeast & hops are feed to the farm animals resulting in a sustainable brewing process.

The Irish Beer map aims to raise awareness of the vibrant Irish microbrewing industry and to encourage consumers to seek out local beers wherever they are. The Irish Beer map is created in conjunction with the Independent Craft Brewers of Ireland (ICBI) and is supported by Bord Bia. Craft breweries who are not yet listed on the map are asked to register interest using the website contact form.