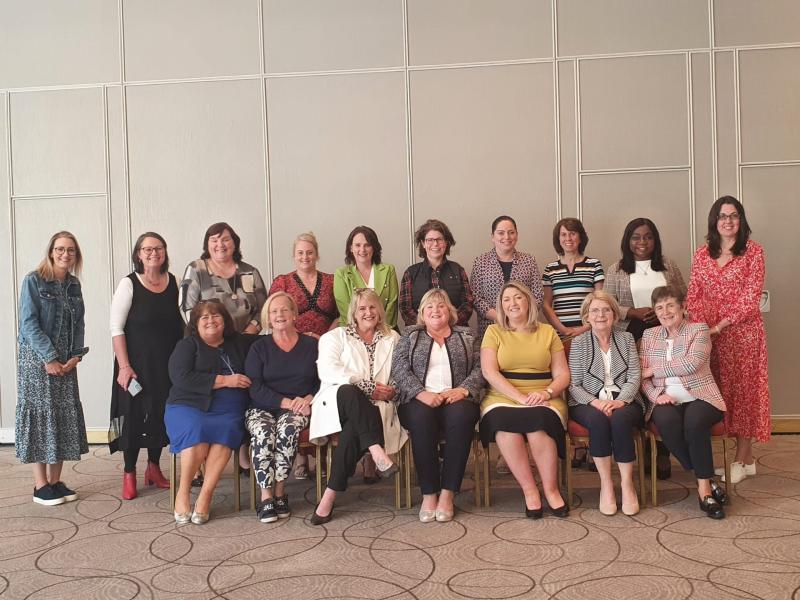 Three of the four female Laois county councillors joined in a historic first meeting in person of a women councillors group that aims to improve working life for female Irish councillors.

Cllrs Aisling Moran, Thomasina Connell and Catherine Fitzgerald are members of the Women’s Regional Caucus. Other than  Cllr Caroline Dwane Stanley the rest of the 19 Laois County Councillors are men.

The caucus is aimed at helping female councillors to find common ground in their roles and improve the working environment for women in Local Government across the Midlands, Northern and Western region.

The problems they say that they face include a lack of proper Maternity Leave provision for Local Authority Elected Members and administrative supports for councillors to help with the heavy workload.

The caucus will campaign for family friendly measures including flexible council meeting times, duration of meetings and remote attendance at meetings to help address some of the issues which are putting women off entering and staying in politics.

They had their inaugural in-person meeting in the Sligo Park Hotel last week. Female Councillors from 13 Councils across the Midlands, Northern and Western region came together to finalise and adopt their programme of work.

The Women’s Regional Caucus has a membership of 42 female councillors and was established in September 2021 to increase women’s engagement and representation in local politics.

Chairperson of the Women’s Regional Caucus is Cllr Carmel Brady.

“We look forward to seeing what we can achieve collectively as a motivated group of women councillors. By so many of us being here in person today, we are taking an important step in getting to know each other and finding common ground between us to help with our role as councillors.

“The Women’s Regional Caucus aims to not only inspire more women across the county to get involved in local politics but to also improve the working environment for women Councillors. We look forward to the opportunity to engage with many women and groups in our communities over the next 18 months to highlight the need for more female representation and creating a space for informal mentoring and sharing of information.”

First cremation burial wall in Laois is on the way

The group's key ambition is to support and enable women to get involved in, and stay in politics. This will include advocating for policy and coordinating consensus-based motions and policies across the 13 local authorities to improve issues faced by women councillors and women constituents.

The regional caucus has identified a number of non-pay supports that will help both existing and future female councillors and make local government as diverse as possible.

The main goals of the programme of work include; raising awareness of the important role and work of women in local politics, to support and enable women to get involved in, and remain in politics as well as providing support and training for the caucus membership.