Outbreak under control in prisoner population 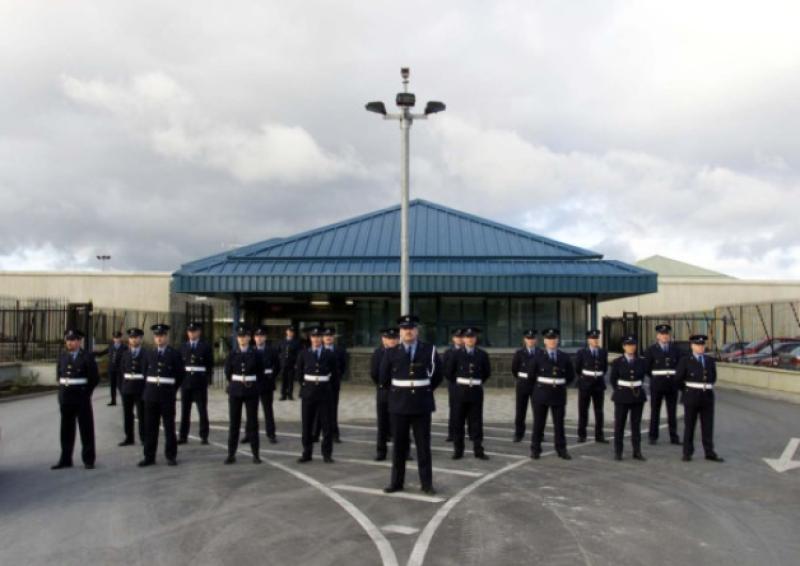 In a sign that the outbreak has been contained, the IPS confirm that following the completion of the mass testing of all prisoners in Midlands Prison, that no further positive cases of Covid-19 have been confirmed amongst the prison population.

However, staff have tested positive in a big test and trace operation that swung into action late last week and which is understood to have involved tests on up to 1,000 people. The IPS says 810 of these were prisoners.

"The IPS can confirm, however, that a number of staff at the Midlands Prison have tested positive for Covid-19 and contact tracing has commenced in this regard," said a statement.

The IPS said that following the confirmation, last week of a positive prisoner case the management in the IPS and Midland Prison management implemented a "comprehensive contingency plan" to prevent the spread of Covid-19 to the wider prison population.

"This was a major logistical operation and included arrangements for the mass testing of all prisoners and staff in Midlands and the introduction of a restricted regime within the prison.

"The Irish Prison Service is continuing to work closely with HSE/Public Health and arrangements are being made with the HSE for the re-testing of all prisoners and staff, later this week, in order to provide an assured response to the current outbreak in Midlands Prison.  This will support a return to a more normal prison regime as soon as possible," said the statement.

“The key aim of our response to Covid-19 has been, in the first instance, to keep Covid-19 out of our prisons but secondly and equally important to ensure that if an outbreak occurs that we have robust procedures and plans in place to prevent the spread of the virus amongst the prison population," said Ms McCaffrey

"For the past nine months we have been preparing for a possible outbreak of infection and since Friday Midlands Prison staff have expertly implemented this plan and protected the people in their care.

“I would like to acknowledge the efforts of Midlands Prison management including all Healthcare, prison staff, and our National Infection Control Team, the staff representatives and all our service providers for their tireless efforts on behalf of the Service. Unfortunately, a number of staff have tested positive and we send them our best wishes and hope that they recover fully and quickly,” it said.

Five prisoners tested positive. The IPS could not say how many officers were tested for security reasons. It said identifying the number of officers who tested positive was a matter for the HSE.

The HSE did not provide figures up to the end of last week. However, it did provide data which show that 24 staff had tested positive in six outbreaks (two people or more) in the week ending October 24.

The HSE told the Leinster Express that it cannot comment on individual cases or outbreaks, as to do so, would breach its duty of confidentiality to the individuals and organisations concerned.

However, it did provide the HPSC Outbreak report, which shows the overall number of outbreaks and laboratory-confirmed cases in prisons is provided. The data which show that 24 staff had tested positive in six outbreaks (two people or more) in the week ending October 24.

The Midlands Prison is a closed, medium-security prison for adult males. It is the main committal prison for counties Carlow, Kildare, Kilkenny, Laois, Offaly and Westmeath.

The prison has a capacity of 870, on November 2 there were 802 prisoners in custody in the prison.