ICU filling up in all hospitals 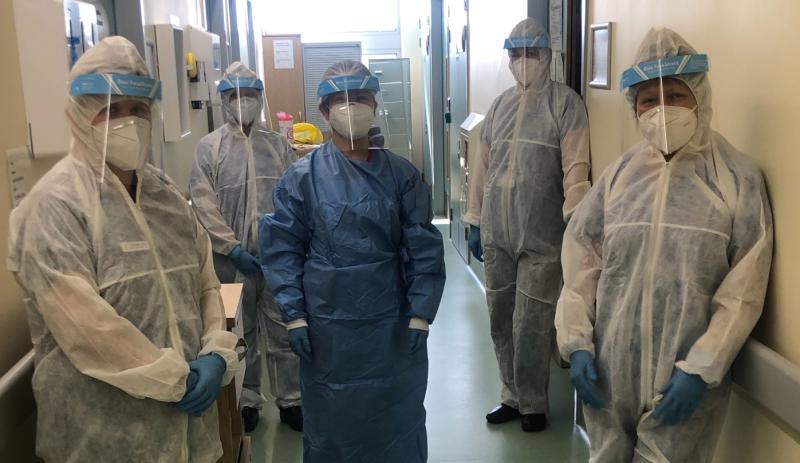 Covid-19 patient numbers have risen again at Portlaoise hospital where a third patient is critically ill with the virus, according to the HSE which has also confirmed that more than 1,000 people with the virus are sick in hospitals around Ireland.

The report, published on Thursday, also shows that three of the 13 patients are in the hospital's ICU having fallen critically ill due to infection. There were no suspect cases.

Despite curtailments to non-emergency services, the hospital had just two general care beds but no ICU beds available. ICU beds are needed to treat patients who are critically ill with the virus.

There were just 380 beds available in hospitals around Ireland with many having to reduce services because of outbreaks.

There were more than 100 newly confirmed cases in Laois on Wednesday when nearly 8,000 new cases came back positive nationally. MORE HERE

The latest report shows that there were 11 confirmed cases at the Midland Regional Hospital Tullamore with two admitted in the previous 24 hours. The Offaly hospital had four suspect cases. There was one patient is critically ill in its ICU. There were 12 available general care beds but no available ICU beds in Tullamore.

Naas General Hospital had seven confirmed cases and five suspected cases. There were two admissions in the previous 24 hours. The Kildare hospital had 13 general care beds and one ICU bed available.

There were 45 confirmed and six suspected cases at Tallaght.  The west Dublin hospital had five general beds and two ICU beds available.

St James's had 86 confirmed and 57 suspected cases on January 6. It has 55 general beds but no ICU beds available.

Nationally, there were 977 Covid-19 positive patients in hospitals on January 6 up from 297 patients on Christmas Day. Up to date figures to 8am Thursday, January 7 showed that the 1,000 mark had been breached. There were 1,022 with 109 admitted in the last 24 Hours with 61 discharges from hospitals.

There were 121 new admissions of confirmed cases in the previous 24 hours and 160 suspected cases by 8 pm Thursday.

The figures also show that 89 people were in ICU departments with 18 admissions to critical care in the last 24 hours. Just five patients were discharged from ICU.