Latest report from the HSE 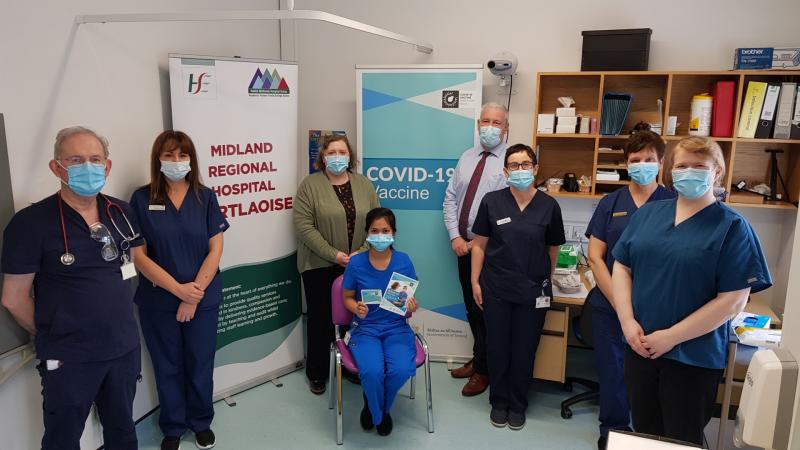 Patients with Covid-19 occupied more spaces in Portlaoise hospital at the start of February than on the first day of 2022 but there were still half the number of people with the virus in hospital than on the same day last year.

So reveal figures from the HSE in the daily reports on the pandemic at the Laois hospital and other parts of Ireland.

The COVID-19 Daily Operations Update from the HSE's Acute Hospitals Performance Management and Improvement Unit shows that there were 11 patients with the virus in the Midland Regional Hospital Portlaoise at 8pm on Tuesday, February 1. None were critically ill. However, two of the patients were admitted in the previous 24 hours.

There were eight available general beds and one ICU bed available to staff on the day.

The HSE report for New Year's Day showed that there were seven people with the virus at the Laois hospital at 8pm that day. None were critically ill. The hospital had one general bed and four available ICU beds on January 1.

Score a bullseye for Frontline at Laois darts extravaganza

The lowest Covid-19 figures at Portlaoise hospital in the last 12 months were recorded last summer. For instance on August 1 there was just one person with the virus at the hospital.

The situation has not deteriorated to levels of early 2021 when the country was in the grip of the third wave driven by the so-called Kent variant.

Fined for breach of Covid rules in Laois

At 8pm on Monday, February 1, 2021 there were  21 people with Covid-19 in Portlaoise hospital of these, 11 were critically ill with the disease. There were no ICU or general beds available to staff on the same day.

This contrasts with Tuesday, February 1, 2021 when a total of 607 people had the virus in hospitals around Ireland. Just over 100 of these people were admitted in the previous 24 hours. Of the total in Irish hospitals, 65 were in ICU with 43 ventilated invasively.