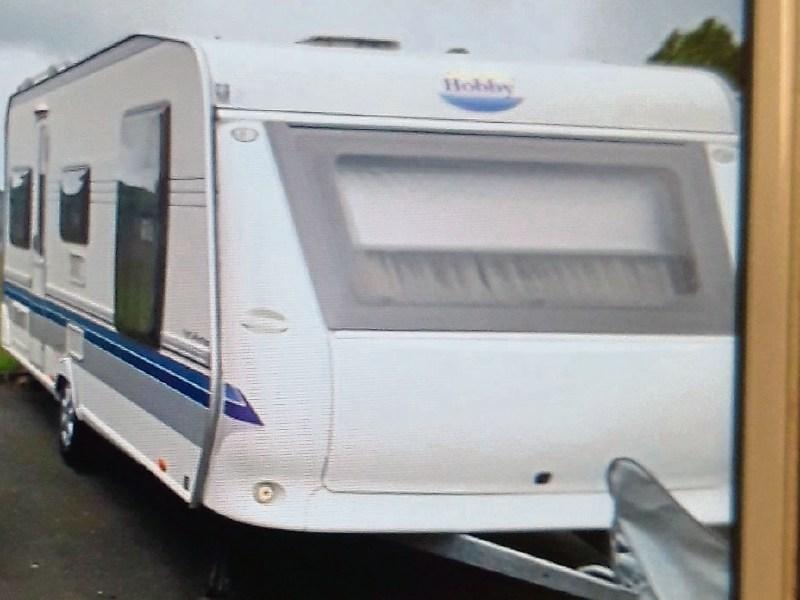 A mother of four has been warned by a High Court judge that she could be jailed for contempt if she does not remove her caravan from a Co Offaly housing estate in the coming days.

The warning was issued to Sandra O’Brien, who was brought before the Four Courts on Tuesday by the Gardaí over her failure to comply with an order to vacate Church Hill estate in Tullamore, Co Offaly, where she and her family have been residing for several months.

The estate is in the control of a NAMA appointed receiver Aiden Murphy of Crowe Ireland who acquired High Court orders requiring to cease trespassing and leave the estate some years ago.

While those orders were initially complied with, caravans had returned to estate on several occasions.

Arising out of this the receiver’s lawyers brought attachment and committal proceedings against Ms O’Brien over her alleged refusal to comply with the court’s orders.

During the hearing Ms O’Brien gave an undertaking that her caravan would vacate the estate by the morning of Tuesday May 17th next.

However, she told the court that her family had “nowhere to go” and that she feared for her children’s safety if they had to go and “live by the side of the road.”

She said she and her family has been seeking a house from the local council.

They had not been provided with accommodation by the local authority, and she added that she would be happy to vacate Church Hill if they were given a house.

The undertaking was given after Ms Justice Nuala Butler told Ms O’Brien that she was in breach of a court order, and if she not comply faced the prospect of being jailed

The judge said that her caravan was located on “private lands,” and the receiver has “no obligation to house or provide housing for anyone.”

In addition, the judge said that any issue Ms O’Brien has over the provision of housing was with the local County Council, which is not a party to the proceedings.

The receiver represented by Garret Flynn Bl told the court that an order had been granted by the High Court in 2016 after several caravans illegally moved into and trespassed on the estate.

That order, which required the trespassers to immediately vacate the property was initially complied with.

However, from late 2017 counsel said there had been further instances where the caravans had returned and again trespassed on the estate.

Counsel said that the situation had been further complicated by the Covid19 pandemic.

Regarding the proceedings before the court, counsel said that late last year several caravans, including one occupied by Ms O’Brien, her husband and four children, had moved onto a tarmacked part of the estate's 'green' or common area.

She was served with the proceedings last February but had refused to vacate the site.

Proceedings were also brought against another person, but they had removed their caravan from the estate after being served with court summons, counsel said.

Counsel said that his client was reluctant to bring a motion seeking Ms O’Brien’s attachment and committal and were not saying that a recent arrival of several more additional caravans on the site had anything to do with her.

However, the court order had to be complied with, as the presence of the caravans was preventing the receiver from carrying out certain works in the estate before it can be handed over to the local authority.

Counsel said some of the houses in the estate are used by a social housing body, but that the estate is a private entity.

Some of the people living there had complained about the trespassing and alleged that there have been incidents of anti-social behaviour in the estate.

It was hoped that this motion seeking Ms O’Brien’s committal would resolve matters, counsel said.

The judge, who noted complaints made by the estate's residents about the ongoing trespassing, adjourned the matter for a week.