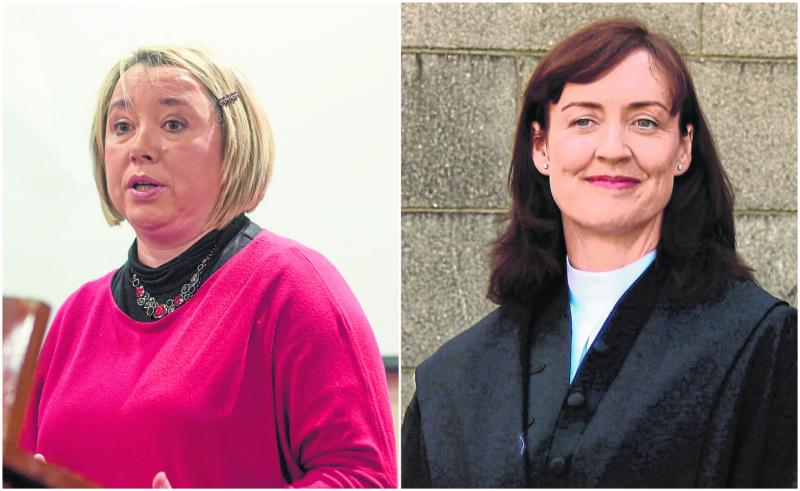 A Portlaoise councillor has called on the District Court Judge to see for herself the effects of ongoing crime and anti-social behaviour which has left locals living in fear and declaring themselves as homeless.

Cllr Dwane Stanley wants the district judge to see how people in these areas are living in fear due to anti social behaviour, including a number of houses being set on fire.

“I know we can't interfere with the courts but we can comment about them and we have a district court in this town which, as far as I am concerned doesn't work - not for the law abiding citizen.

Laois/Offaly Garda Chief Superintendent, John Scanlon said that he has personally been in O’Moore place on at least three occasions in the last two weeks and he has met with the County Manager over it.

“It is the most policed part of this county, if there are any spare gardai on any given day they are sent down there to do the beat. I don't have a garda to put in 24/7 into O’Moore Place, we don't have it because there are more places in Laois than O’Moore Place.

"I can assure you there is a certain cohort of individuals down there they know the guards very well they call them out by their names in a less than complimentary manner.

"These are the people we would have concerns about that are causing us problems down there but they are not aliens, they don’t come from another planet they are young people who live in adjoining roads and adjoining estates some of them have relationships within the environment.

"They are committing low level crime in terms of the total spectrum of criminality so the ability to have them in prisons is limited but the impact of the type of crime they are committing is huge, the fear that they engender the lack of respect for public property is frightening.

Cllr Noel Tuohy said that he thinks it is wrong to blame judges.

“I think the national politicians are far more accountable than judges. The only way they can be given more power is if legislation is passed.

"There is a great feeling out there among the community that we are not being stood by. It needs to be done in Kildare Street, it is not going to be done in the court house in Portlaoise," he said.

A rise in rows and other public order offences as well as drunkenness offences in Laois is rising due to the improving "night time economy" fuelled by drink and drugs according to Laois/Offaly Garda Chief Superintendent John Scanlon.