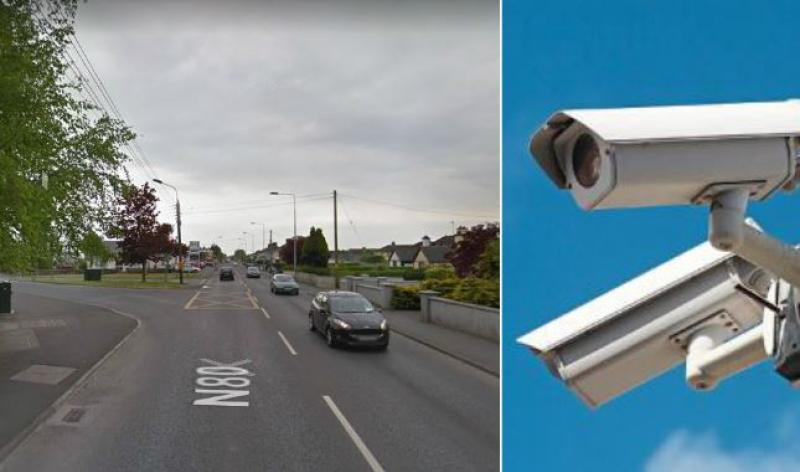 Gardai in Laois are looking at the possibility of extending the current CCTV system in operation in Portlaoise to cover a winder area of the town experiencing anti-social behaviour and crime.

The CCTV system which is managed by gardai operates in the town centre but Laois/Offaly Garda Chief Superintendent, John Scanlon has said that An Garda Siochana is currently looking at extending this.

"We are looking at possibly trying to extend the urban CCTV here out towards that Mountmellick road.

"People are very nervous sharing their CCTV with us," he said.

Anti-social behaviour and crime on the Mountmellick road area including the Ballyfin Road and surrounding areas were discussed at the meeting.

Chief Supt Scanlon explained that many of the people causing problems in this area are known to gardai but in some cases they do not have the evidence to bring them to court. He added that people with their own private CCTV cameras are too afraid to share the footage with gardai.

"It is important that we acknowledge that the bulk of people who live in this environment are decent people, trying to get on, get up in the morning and go to work and come home and expect to see that they can live in an environment where they are not being intimidated, threatened or their houses burned or damaged.

"A criminal case relies on evidence and those who witness events are going to have to stand up and be counted.

"It is difficult we are going to all have to stand up and be counted, we are putting more resoures in there. Currently it is the most policed part of this county, if there is any spare guards on any given day they are sent down there to do the beat," he said about O'Moore Place in Portlaoise.

Cllr Caroline Dwane Stanley has called on the District Court Judge to see for herself the effects of ongoing crime and anti-social behaviour which has left locals living in fear and declaring themselves as homeless.

Meanwhile, there are ongoing issues around data protection in relation to community CCTV systems.

Communities are fundraising for camera systems but will have to wait for national guidelines from the Data Commissioner on a privacy and terms of use policy.

Laois councillor calls on district Judge to see the effects of crime and anti-social behaviour for herself.