Significant rise in prisoners results 'in pressure' despite fall in committals 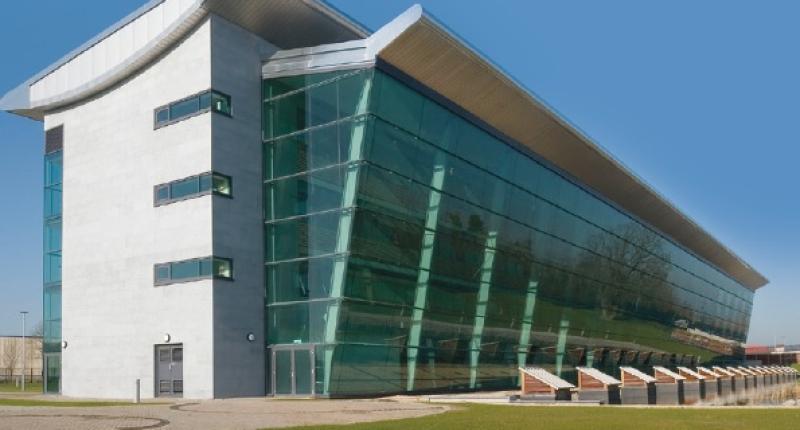 A big fall in committals to prisons in Portlaoise and other jails contrasts to a sharp rise in overall numbers which the Department for Justice accepts has resulted in pressure across the system.

Ms Caffrey did not make a comment on the impact but a Department of Justice statement said the increase has resulted in 'pressure being experienced' in a number of areas across the system.

The Minister for Justice and Equality Charlie Flanagan said he was concerned by the 'sharp rise' in prisoner numbers.

He said action was being taken to address the issue which prison officers said recently led to a disturbance in the Midlands Prison Portlaoise.

“My Department has been working closely with the Director General of the Irish Prison Service, and we are taking a number of short and medium term steps and actions to address the issue of rising prison numbers.  This includes the re-opening of unused accommodation including the Training Unit, which will provide an additional 140 prison spaces.

"An audit of existing accommodation is underway and I am told this has the potential to provide up to an additional 100 spaces.  In addition, the construction contract for a stand-alone female prison in Limerick as well as a new wing to Limerick male prison was recently signed and this development will provide 130 new spaces,” he said.  More below picture. 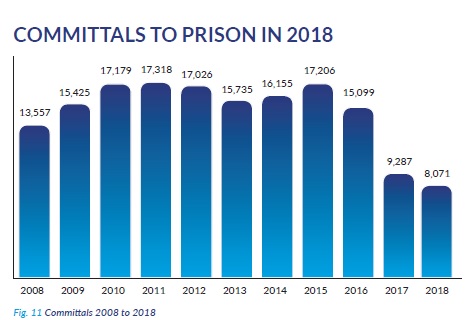 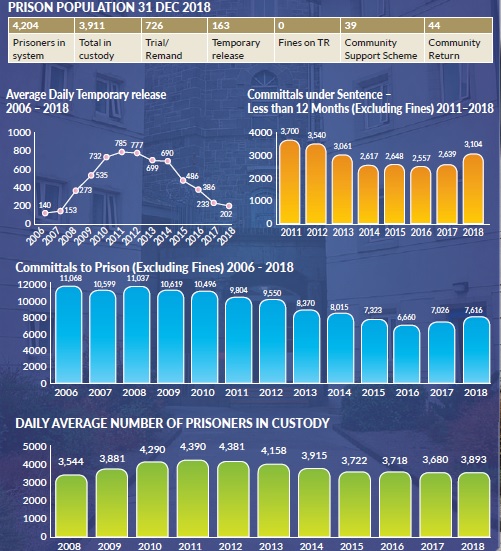 The Minister welcomed the 80% reduction in the number of people committed to prison for non-payment of fines.

“The implementation of the Fines (Payment and Recovery) Act 2014 has had a very significant impact on the committals to our prisons.  We must continue to ensure that violent offenders and other serious offenders are committed to prison, while at the same time switching away from prison sentences and towards less costly non-custodial options for non-violent and less serious offenders,” he said.

A statement said alternatives to custody for those serving short sentences continues to be a priority, as evidenced in the 10% increase in the issuing of Community Service Orders in 2018, equating to over €3 million worth of unpaid work for the benefit of communities nationwide. More below picture. 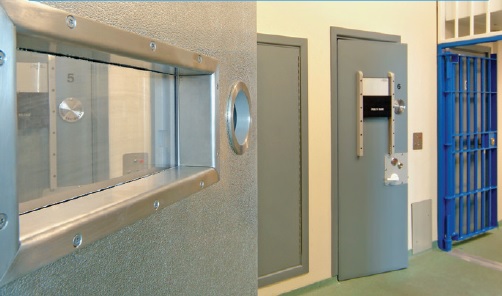 The Minister also noted the opening of the National Violence Reduction Unit in the Midlands Prison and the refurbishment of the Irish Prison Service College in completed in 2018.

“I was delighted to perform the opening of the National Violence Reduction Unit in the Midlands Prison in November which heralded a new collaborative approach to the management of violent offenders and has contributed greatly to making a safer environment for all those who live and work in our prisons.  In addition, the completion of the refurbishment of Irish Prison Service College in Portlaoise has greatly enhanced our ability to provide world class training to our staff and to the new Recruit Prison Officers who will attend there over the coming years,” he said.