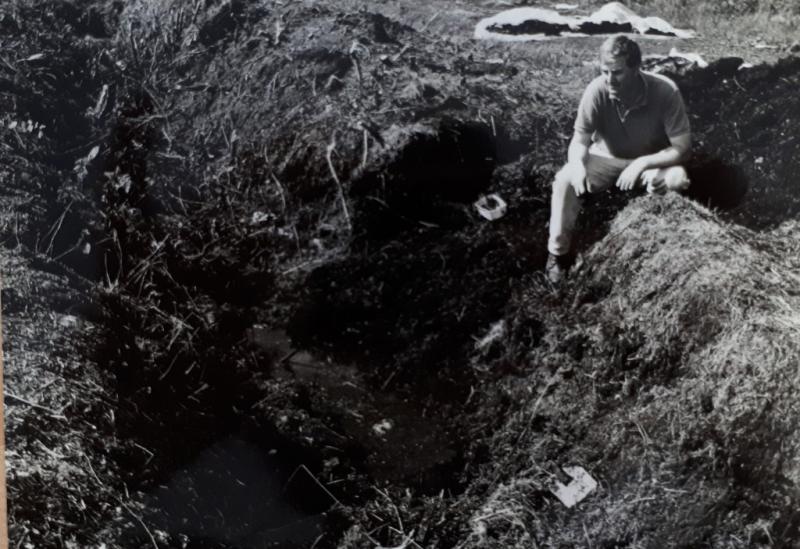 Inspector Philip Lyons surveys the spot where Marie Kilmartin's body was discovered at a bog on the Laois Offaly border in 1994 Picture: Alf Harvey

The murder of a 35-year-old Laois mother whose body was discovered underwater in a bog drain outside Mountmellick Laois 25 years ago is set to be probed by the National Bureau of Investigation's serious crime review team.

An Garda Siochana's cold case unit is expected to begin a fresh probe into the murder of Marie Kilmartin whose strangled body was found in a bog drain outside Mountmellick, on a bog at the Laois Offaly border in 1994 according to Independent.ie.

No one has ever been charged with the murder of Marie Kilmartin, originally from Ballinasloe but who was living in Portlaoise when she disappeared in December 1993.

Her body was found six months later in a bog drain near the Laois Offaly border. Last week at the Central Criminal Court, a detective made an application for interviews gardaí had with the chief suspect in the case, recorded on VCR tapes, to be transferred to DVD according to Independent.ie.

The tapes contain interviews conducted with the chief suspect from 1994 to 2008. No admissions were made by the suspect in the course of these interviews.

It is now expected to be probed by the National Bureau of Investigation's serious crime review team. This is the latest major development in the case since three people were arrested in September 2008.

The two men and a woman, then aged in their 40s and 60s, were detained in the Portlaoise area and brought to Tullamore and Portlaoise Garda stations. They were questioned for 24 hours each before being released without charge.

Marie Kilmartin had been working in an old people's home in Portlaoise when she disappeared on December 17, 1993. Her disappearance was treated as a missing person case until her body was discovered six months later outside Mountmellick.