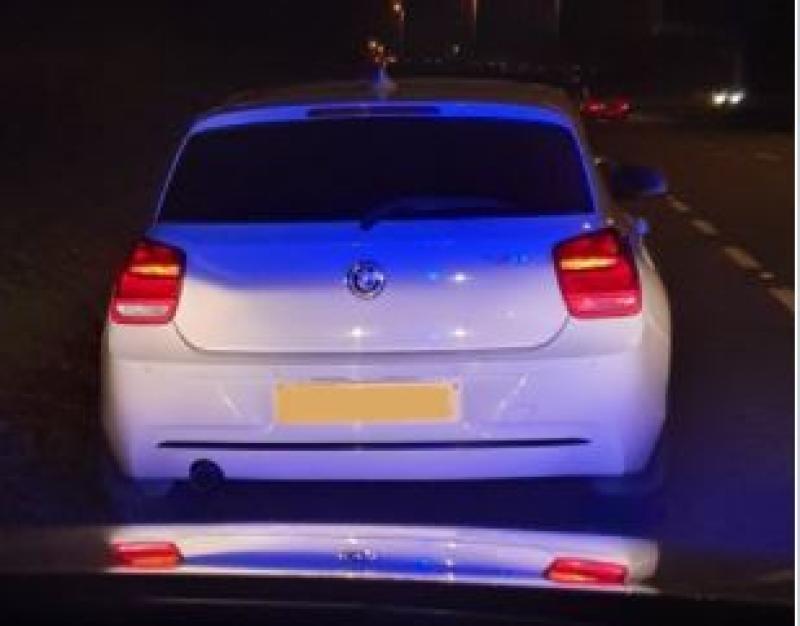 A driver is facing the consequences after flashing lights at an unmarked Garda car signaling for it to get out of the way.

The motorist had no idea that the vehicle belong to a Roads Policing Unit from the Dublin Metropolitan Region West who were on patrol at the time.

The driver proceeded to overtake the gardaí at speed and almost lost control of the car, according to gardaí.

Garda said: "The driver overtook at speed, almost losing control of the car.

"The driver failed a drug test, and no drivers licence or insurance.

"The offences resulted in the driver's arrest and the seizure of the car."

The motorist is now facing court proceedings in the coming weeks and if convicted could face a prison sentence, a substantial fine and a disqualification from driving.