Man walking dog robbed at knifepoint near the derelict Centrepoint 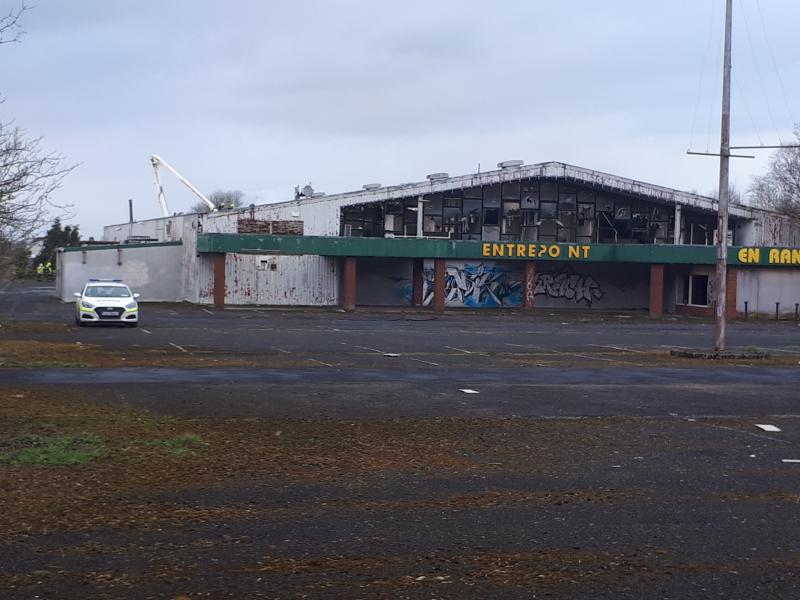 Garda on duty after Centrepoint fire

A retired man out walking his dog has been robbed in the vicinity of the derelict former Centrepoint shopping centre in Portlaoise.

Gardaí say were called after by the victim on Sunday, March 28 just a few days after they were called to the scene of a fire at the badly vandalised building.

It is understood that when the dog's owner was confronted after he went to retrieve his pet which had wandered close to the building.

It's reported that the suspect produced a knife and demanded money at the Mountrath Road site.

Gardaí say a small quantity of cash was taken.

Following the subsequent investigation, gardaí arrested and detained a local man on suspicion of being responsible.

There have been calls to secure and even knock the building which has become an anti-social behaviour hub in Portlaoise. Laois County Council is to repair a report on the building following an inspection.