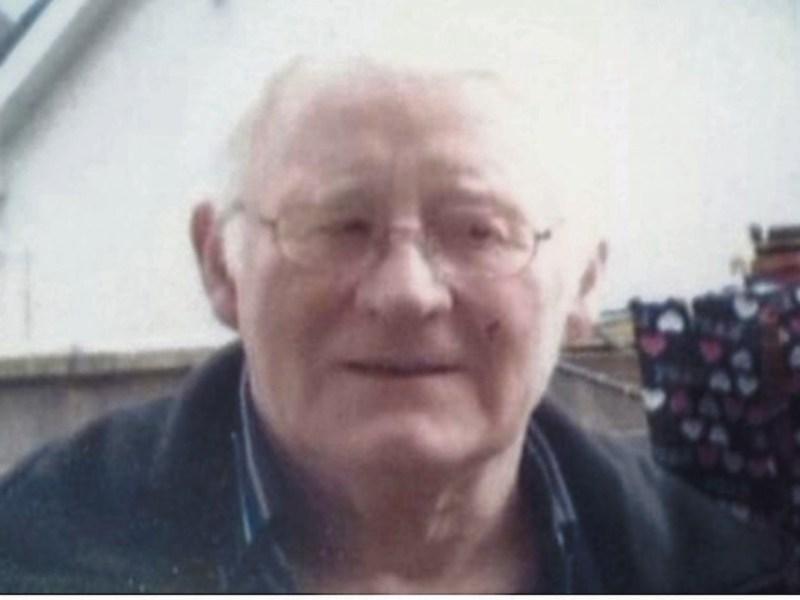 The late Toddy Dooley was beaten with baseball bats

Two men who had their convictions quashed for the 'savage’ murder of a grandfather were not in a 'joint enterprise' to kill but did behave in a "reprehensible" manner in a later attempt to burn the deceased's body and dispose of a baseball bat used in the attack, the Court of Appeal has ruled.

In a written judgement returned today, the three-judge court found there was no evidence of any plan by the two men, James Davy and Matthew Cummins, to murder 64-year-old Thomas 'Toddy' Dooley.

The two, who have been in prison for almost five years, had their verdicts substituted by the court, which replaced them with convictions for assisting an offender.

Victim Thomas 'Toddy' Dooley suffered eight blows to his head, which shattered his skull, disfigured his face and left fragments of bone lodged in his brain. Two blows to his torso had fractured three of his ribs. His attackers had also tried to set him on fire after he died.

However, a unanimous jury found each man guilty of murder following a Central Criminal Court trial in 2016.

Trial judge Ms Justice Margaret Heneghan said that the murder was a "brutal, motiveless attack on this defenceless elderly man” before she sentenced each to life in prison on October 10, 2016.

In a judgement released today, Ms Justice Isobel Kennedy wrote that while it was certain that the three men knew that James Davy was in possession of the baseball bat, "we think that this is less significant and less sinister when viewed in the context of the evidence".

During the trial, the jury heard that James Davy was carrying a baseball bat that he said he needed for protection as he had been beaten up the last time he came to Edenderry.

"The baseball bat was in the possession of James Davy and was visible at stages throughout the evening in question, it is not the position on the evidence that it was retrieved just prior or for the purpose of going to the deceased’s home. In those circumstances, was there evidence from which the jury could infer that Matthew Cummins and James Davy realised or foresaw that Sean Davy might act as he did? We think not," she said.

The trial heard that the three men got into Mr Dooley's home through a window at about 5.30am on a cold, snowy morning. Matthew Cummins had been in Toddy's house before and knew him as a kind man who would always say hello.

Cummins climbed in a window and then opened another window to let the other two in. Toddy, who was described as "soft" by one garda witness, was used to having young visitors at irregular hours and it appears he did not object. He sat down in his armchair, opened a can of Budweiser and drank with the intruders.

The three drank with Toddy for a time but at some point Mr Dooley was beaten to death and attempts were made to set his dead body on fire. The State had argued that all three men were equally guilty and were involved in a "joint enterprise" to murder Mr Dooley.

Ms Justice Kennedy said that "the manner of entry is not as sinister as might ordinarily be the case, in that this also must be examined in the context of the circumstances. It is apparent from the evidence that young people went into Mr Dooley’s house to socialise and used the window as the means of entry".

The three men gave different accounts of what happened in the house. Matthew Cummins claimed that "out of the blue" Seán Davy walked up behind the 64-year-old and beat him on the back of the head with the bat, before coming around the armchair to continue the beating from the front.

Seán Davy claimed that James Davy was responsible for most of the blows, and that he himself struck Mr Dooley once, but "not full force". James Davy denied laying a hand on Mr Dooley, saying that Seán Davy beat him with the bat and Matthew Cummins kicked Mr Dooley but not with much force.

Seán Davey failed in a bid to have his conviction overturned in 2018. He had argued that he should have been tried separately rather than jointly with his co-accused. However, the Court of Appeal found that there had been a compelling case for putting all three on trial together.

Caroline Biggs SC, for Cummins, had argued that at no stage during the trial had the DPP “pinned her colours to the mast” to say whether the case was one of joint enterprise or aiding and abetting.

“It was just throw enough mud at this case and it will stick,” she suggested. She also argued that the judge should have severed the indictment.

Ms Biggs had argued that her case was not properly put to the jury by the judge and that the law regarding joint enterprise was also not properly explained.

Ms Justice Kennedy said it is essential that there be evidence of an agreement before there can be a joint enterprise.

She said the court could not agree with the DPP's assessment that the entry through the window and the introduction of the baseball bat together with other factors made it clear there was a tacit agreement to inflict serious harm on the deceased and thus there was evidence of a joint enterprise.

Addressing any evidence of joint-enterprise by the three men, Ms Justice Kennedy said: "The conduct of James Davy and Matthew Cummins in the aftermath of the murder of Mr Dooley was reprehensible. The efforts to burn the body, the stealing of property and the disposal of incriminating items are all deeply unsavoury."

"However, while those factors could certainly be considered in inferring the existence of an agreement, they are not determinative. If the circumstances concerning the possession of the baseball bat and the entry into the house were different, then the conduct in the aftermath would certainly be additional factors lending weight to the existence of an agreement and acts done in furtherance of and in contemplation of that agreement. But, this is not the evidence in the present case," she said.

"We find ourselves in agreement with the arguments advanced on the part of each appellant. There simply was an absence of evidence from which the jury could infer the existence of an agreement in the first instance," said Ms Justice Kennedy.

However, Ms Justice Kennedy said the court rejected the appellants' argument that the men should have been tried separately, saying that the jury had the right to hear the facts of the case "in totality".

"We find that the trial judge erred in failing to direct the jury to return verdicts of not guilty of murder. However, there is overwhelming evidence of guilt insofar as an offence under the Criminal Law Act, 1997 is concerned," she said.

"We will allow the appeal and quash the conviction for murder, however we will substitute a conviction for assisting an offender pursuant to the Criminal Law Act 1997."

Ms Justice Kennedy said the matter would be sent back to the Central Criminal Court for sentencing.

In her closing speech to the jury during the trial, Ms Biggs said that if Cummins had been accused of impeding the investigation into Mr Dooley's death, he would have pleaded guilty. She said there was no evidence he intended to kill or cause serious injury to Mr Dooley.

Counsel had said his presence when Mr Dooley was attacked was not enough to make him guilty of murder and added that the things the prosecution had accused him of - cleaning the scene and being present for the burning of the body - happened after Mr Dooley's death.

"You cannot convict a man for murder for an act he did when the person was already dead," she said, inviting the jury to find him not guilty of murder but guilty of impeding the arrest or prosecution of the principal offender.

In her appeal submissions, she argued that the judge should also have made it absolutely clear to the jury that if a person’s act and ‘mens rea’ (guilty mind) occurred after the killing, the person would have been guilty of impeding the apprehension of another.

“Nowhere was that made clear,” she said.

James Dwyer SC, who represented James Davey, had told the appeal court: “I agree that this was one of those rare cases where they all blamed each other”.

However, he noted recent rulings that every application for severance of an indictment must be treated with care by a trial judge. “There was resistance in this case,” he said.

He also argued that there were aspects of the judge’s direction, which were confusing and misguided.

“The statement regarding joint enterprise was difficult to grasp,” he said. “It was incumbent on the trial judge to be very clear.”

“The reasonable excuse advanced was that he was in fear,” he said of his client. “In his interviews, Mr Davy said he was afraid by what he had seen.”

Patrick Treacy SC had responded on behalf of the DPP. He said that the prosecution case was that ‘all three men were intrinsically involved in the savage murder’.

“I’m asking the court to have regard to the fact of how brutally this man was actually murdered,” he said. “They say it’s not of consequence that they were present to watch the brutality.”

He noted that there was blood on the walls, floor and ceiling, and that the victim’s head was misshapen, ‘such was the savagery of the beating’.

“They say that you can be there as either James Davey or Mathew Cummins and watch the brutality and in some way you are not a participant in that,” he said.

“The prosecution case is a whole plethora of facts showing how integrated these three men were in the execution of this barbaric killing,” he said.