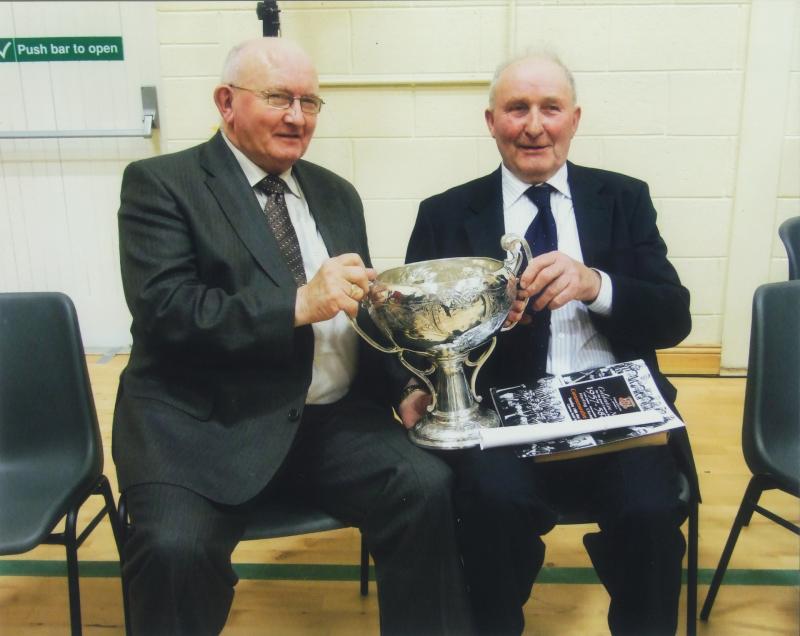 Camross great Fint Lalor, the man who captained Camross to their first title sixty years ago, has passed away.

Fint Lalor will be remembered forever after he captained Camross to their first title and was also captain when the club added their second title four years later. Fint was joined on those teams by his brother Michael and Denis in 1959, and his brother Michael in 1963.

Fint went on to train the team over many years and was deeply involved when in 1976 the club captured the Leinster inter provincial title, and in 1994 he was a proud man when his son Fint was presented with the same trophy he carried home to Northgrove in '59.

Reposing at Burke's Funeral Home Mountrath this Friday evening from 7pm, with Rosary at 9pm. Removal on Saturday morning to St. Fergal's Church, Camross (eircode R32 VY79), for Requiem Mass at 10am, followed by burial in the adjoining cemetery.