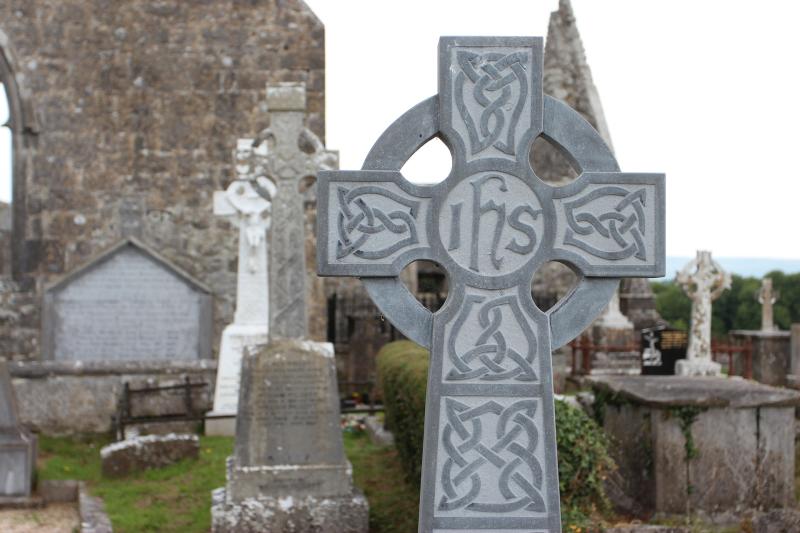 Funeral practice has been impacted dramatically by the pandemic so how did people adapt?

The views and experience of people in Laois and other counties are being sought to assess the impact of the Covid-19 pandemic on the rituals and practices of Catholic funerals in Ireland during the pandemic.

Moved by personal experiences of bereavement and funerals during the pandemic, two academics say they have decided to draw together people’s experiences and research the impact on funerals.

Dr Michael Shortall and Dr Aoife McGrath, from the Centre for Mission and Ministries at the Pontifical University, St Patrick’s College, Maynooth say their pilot study will explore the experience of dealing with dying, death, and Catholic funerals from the perspective of people in local faith communities and those who support and serve them, such as funeral directors, local clergy, parish pastoral workers, and funeral ministry teams.

They say funerals, and the rituals associated with them, have traditionally held a place of profound importance in Irish society.

"Having a wake in the deceased’s home, digging the grave, shaking hands with the bereaved, standing in a guard of honour, ‘shouldering the coffin’ or walking in procession to accompany the deceased to their final resting place: all of these practices (and others) have, for many generations, played their part in helping the people of Ireland deal with death and loss.

"By gathering together to mark the person’s life, share memories, and spend time together, we supported one another – and especially the bereaved – through such challenging periods.

"The Covid-19 pandemic – and public health measures that were taken to limit the spread of the virus – has meant that these longstanding rituals have had to be adapted or even set aside. At different stages of the pandemic, the number of mourners attending funerals was limited. Public advice precluded the bereaved from sharing funeral arrangements on public death notices; instead, they had to privately communicate such details to those who were selected to attend.

"Bereaved persons were also instructed to ask people to send condolences through social media, online websites, or some other messaging facility. However, anecdotally, we know that people in local communities began to find other ways to participate in funerals and accompany bereaved persons: for instance, neighbours standing at crossroads while the hearse passes by, waiting outside churches during funeral services, or standing at a distance in graveyards during burials.

"People sought novel ways of showing their support for the bereaved and showing respect for the deceased.

"The risk presented by funerals, and the determination of people to adapt the ways in which they participated in funerals, became a cause for concern for the Government. They expressed unease over the significant numbers of people continuing to congregate in homes of the bereaved and in funeral homes, or at churches and graveyards before and after funeral services. The National Public Health Emergency Team (NPHET) reported increased outbreaks associated with funerals," conclude the researchers.

If you are interested in participating in their pilot study, Dr Shorall and Dr McGrath invite you to take their survey and/or participate in a remote interview.

Find out more at https://maynoothcollege.ie/covid-19-and-funeral-rituals-and-practices-a-study