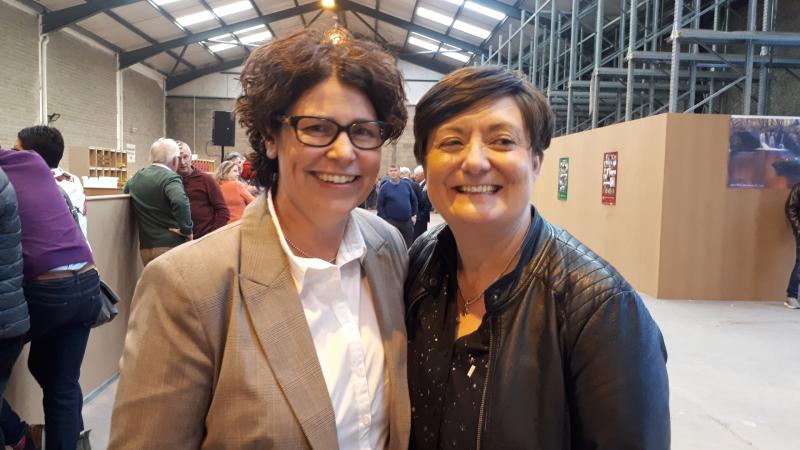 One of the local election hopefuls in Laois will be the county's first openly gay councillor if elected.

First time runner Aisling Moran is hoping to win the seat that her father John vacated on his retirement as a representative for  the Portarlington Graiguecullen Municipal District.

She has 891 in the rough tally from Saturday, with counting underway this Sunday.

A self employed political researcher, she said she is ready to work hard as a councillor.

“I know I’d make a brilliant councillor. I’m a good worker. I’d spend time with people, sit and talk to them,” she said.

Ms Moran is a divorced mother of three children. She has a partner, Fiona O’Connell from Cork. All were backing her as she waited for results in the count centre, along with her dad John and brother Marc.

Below: Aisling and her partner Fiona.  More below picture. 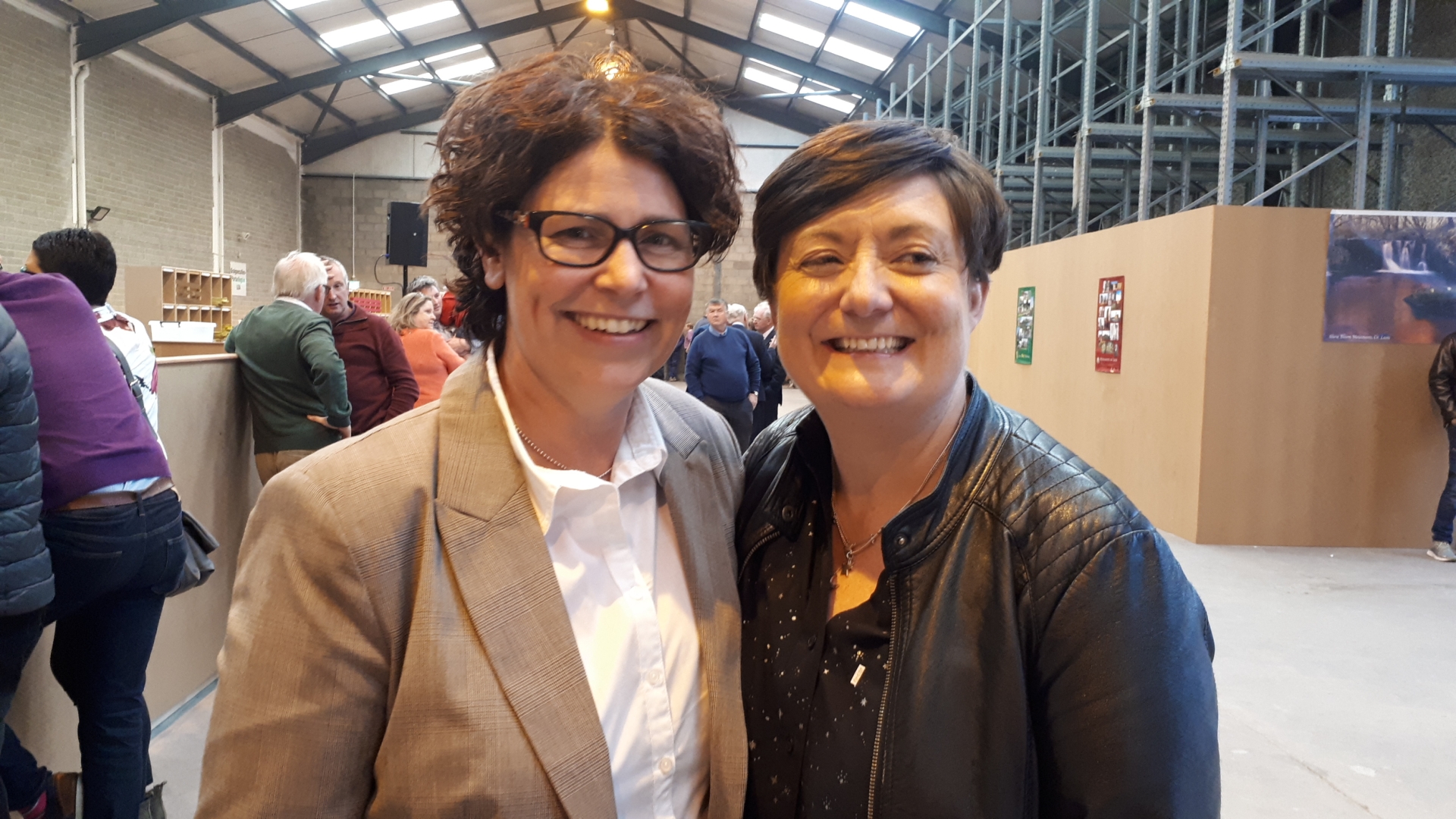 Cllr Moran realises that she is the first openly gay Laois councillor. She said it will be her work rate as a councillor that matters, and not her personal life.

“It should be on you as a person, and what you are prepared to do,” she said.

She encountered some conservative views on the doorsteps.

“Even on the doorsteps, people were asking if I was pro-life or pro-choice. I’d say to them that I’m a woman, a mother of two girls, and I believe women have a right to choose for themselves. I got some doors slammed but so be it,” she said.

She chose to campaign the large Luggacurren area without her father for most of the time, areas like Arles, Ballylinan, Barrowhouse, Ballyadams and Killeen.

“I wanted to get in on my own merits. If he was bringing me door to door, people would start talking to him. In the last week he helped me, it’s such a big area to cover. It took me so long to get around, I spent two hours in one house chatting in the first week,” said the councillor.

She had stressed the importance of electing a woman in a district where all six councillors were men, by producing a campaign poster that showed the 0% representation. 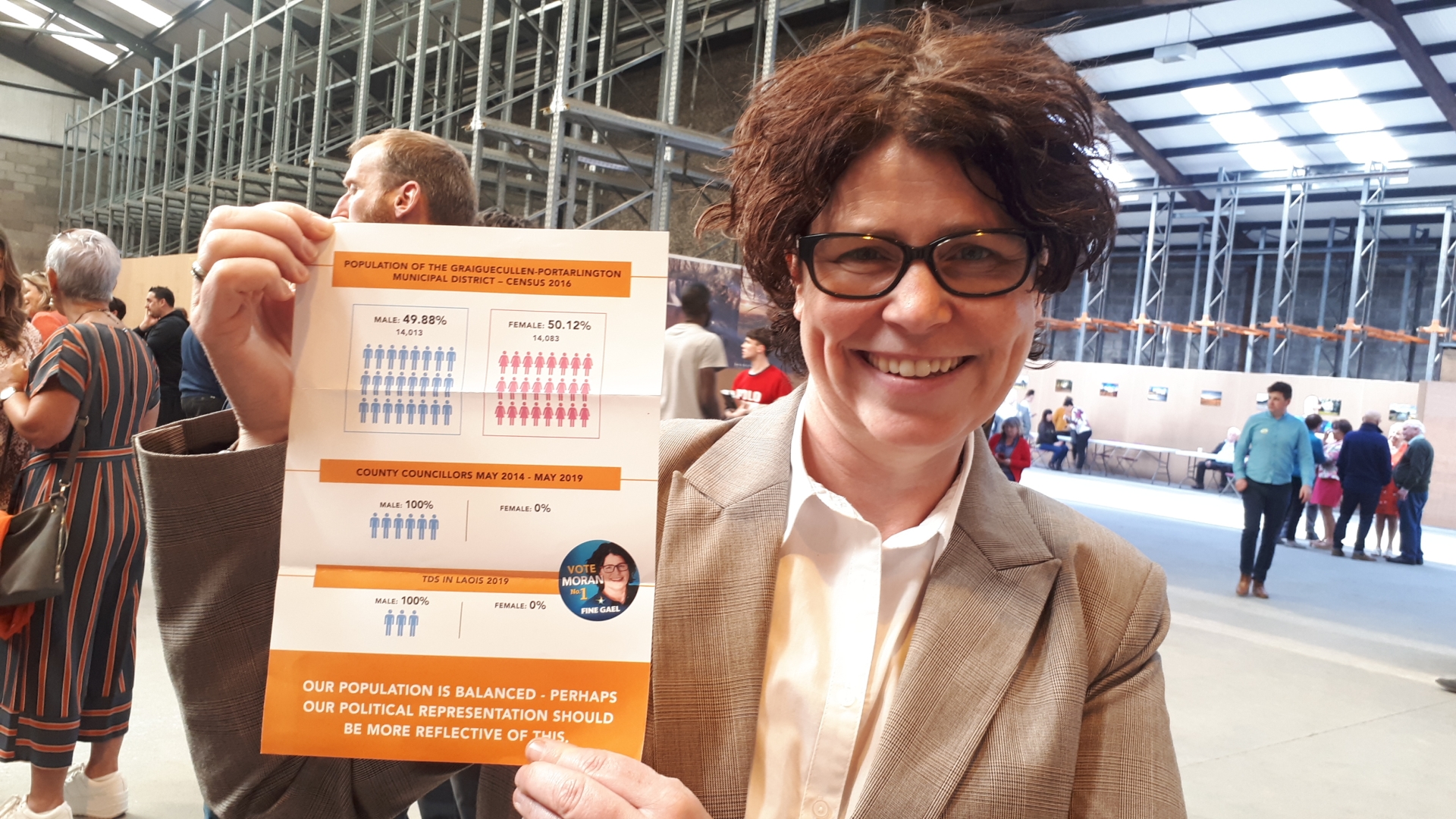 “Men and women have completely different perspectives on things. Some places it works better to have more or less of one or another, but you need both.  Even in relation to kids and women’s health issues,” she said.

She believes that she also represents a younger generation.

“We are the generation destroyed by vulture funds and mortgages, we need people to represent us. Older lads have their houses paid off, they just don’t understand,” she said.