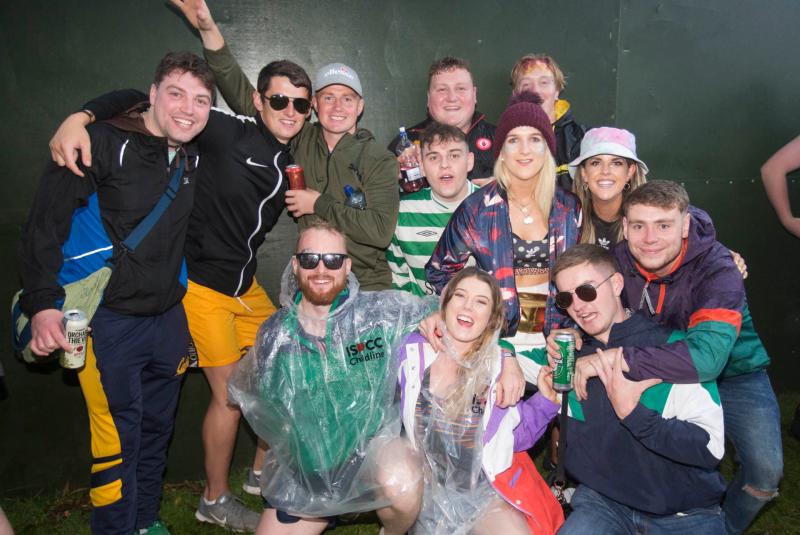 The deadline for making submissions to Laois County Council on Electric Picnic plans has passed with one local representative upping the ante on organisers by asking all councillors in Laois and the local authority not to give the goahead.

July 13 was the final day to submit a position on the festival rescheduled for late September.

Cllr Paschal McEvoy is already the record as saying the event should not take place due to the Covid-19 pandemic. This view has gained substantial but not universal support around Stradbally where the event is due to be held.

Commenting after the deadline passed, the Fianna Fáil representative said he had not made a written submission but expected many locals to have made their views known with most, especially the elderly, opposing the event.

Cllr McEvoy is still of the view that the event should not happen. While he does not know who or how many submissions have been made, he wants the Chief Medical Officer Dr Tony Holohan and the National Public Health Emergency Team to step in.

He hopes to get the green light to table a motion at the meeting of Laois County Council on Monday, July 26. If passed the motion would call on NPHET to take steps to ensure that the Electric Picnic does not proceed in 2021. He said he does not anticipate a an issue getting it onto the meeting's agenda.

EP Republic has applied under the terms of Part XVI of the Planning and Development Act 2000 to 2015 to hold a multi stage concert at Stradbally Hall Estate September, 24, 25, 26.

The HSE, gardaí and other agencies will have input into the decision on the plan for the proposed 70,000 capacity event. MORE BELOW LINK.

Return to college under review by NPHET as nearly 1,000 Covid-19 cases confirmed

Cllr McEvoy added that the a final decision does not have to be reached on the licence until four weeks before it takes place though he does expect a decision sooner.

The event management plan submitted by Electric Picnic to Laois County Council says the festival will be subject to all relevant COVID-19 Public Health Guidance and legislation at the time of the event.

It adds that EP Republic Ltd has drawn up a draft COVID-19 Management Plan and Risk Assessment, which it describes as a "method statement and operational document". It says the plan will be agreed with the HSE and statutory agencies prior to the event and a copy will be included in the final Event Management Plan.

The organisers say their plan outlines the practical application of controls to minimise the risk of transmission and spread
of COVID-19, and takes into consideration the following:
• The risks of transmission of COVID-19
• How controls can be integrated into our current operational plans
• Management & implementation of the plan
• Developing and implementing a response plan in the event of a positive case
• Auditing and reviewing the delivery of the plan and improving

Festival Republic MD Melvin Benn overseas the running of the festival. He as previously told Laois Offaly Minister of State Seán Fleming that he would need to know by the end of June if the event could proceed.

His company has been involved in some pilot events in the UK and is also planning to host festivals in Reading and Leeds this summer.