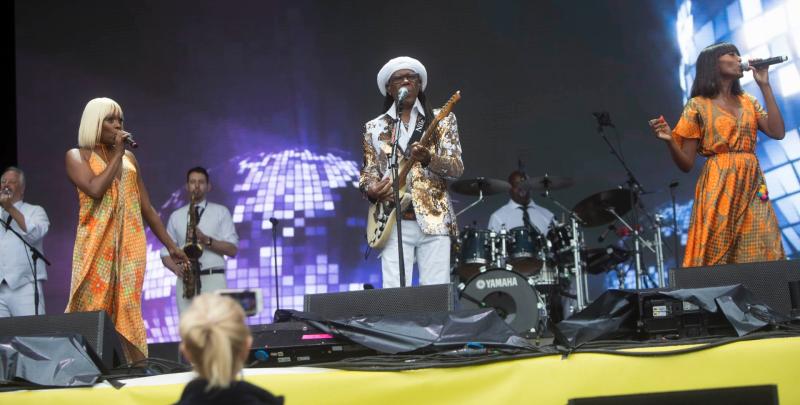 The commencement of a Covid-19 booster jab campaign and the resultant added pressure it will place on health services is one of the reasons the HSE has put forward in opposing the Electric Picnic in Laois this year, according to Laois County Council.

The local authority made the decision to refuse the licence sought by the organisers to run an event for 70,000 from September 23 to 27 on the back of a recommendation from its planning department which was based on pandemic laws and crucially the HSE's view.

The council has said the most up to date advice from HSE on the pandemic led to the decision to refuse. The planners report also recommended refusing the granting of a licence to allow the festival to be held in Stradbally for a number of reasons.

The planners say says the HSE made two submissions to the council following a request  for input from the council. The initial response pointed to the restrictions of 500 on the number of people that could attend an organised outdoor event with a capacity of greater than 5,000.

The HSE said that should such guidance change prior to the event, it would discuss any updated requirements that could facilitate the event.

However, further guidance was provided in a second e-mail from the HSE. It focused on the impact on the health service and a new phase in the vaccination programme.

"There is probably going to be substantial pressure on hospitals, not just from Covid perspective, but also in dealing with the challenges of expanding scheduled  services, never mind dealing with unscheduled care.

"Also, we will probably be moving into the Covid booster programme which may impact on hospital services as it certainly will impact on community services / staffing.

"Together with other anticipated demands such as expanding scheduled services and a Covid vaccination pgoramme - this amounts to considerable pressure on local health services, especially hospitals," the HSE said in its Statutory submission.

The council's planners report did say pre-event meetings took place before the licence application was lodged by the Picnic with all the relevant stakeholders invited. The planner says 'no significant issues' were raised by any of the stakeholders present. It does not say if the HSE attended.

The council planners also summarised the 14 submissions from the public. All opposed the event

In assessing the application the planner referenced a Government circular from March 2021 which said it was 'not possible' to determine with 'any degree of certainty whether or not it will be feasible for outdoor events' to be able to proceed in 2021.

It said no events requiring licences in 2020 proceeded that year. All of these licences were rolled over until 2021.

The planners report said that the Department is further advising that licence applications submitted in 2020 may now be rolled over to 2022 subject to compliance.

The crucial assessment made by the planner says the large volume of crew would have had to start working on site at the end of August it was felt that an early decision be made on the application a number of weeks prior to the mandatory deadline of August 26.

The assesment noted that the Dept of the Taoiseach and Dept of Health has issued a document entitled 'Public Health Measures in place right now' which the planners added was referred to by the HSE also.

The council's assesment referred to the 500 capacity on venues with a 5,000 or greater capacity. It says this document is based on existing pubic health laws in respect of holding events during a  pandemic which specify what can be leaglly held.

This 70,000 Picnic figure is 10,000 greater than 2019 and would not include security, construction teams, technichans, artists, first aid, public authority personnel or artists.

They say the numbers in the Electric Picnic licence application "far exceed the numbers specified in the public health legislative measures currently".

The planners add that the council that the application cannot be supported as it would 'contravene current public health measures'.

The planners recommended refusal having regard to the up to date advice from the HSE and the public health measures made pursuant to Covid-19 public health and criminal justice legislation.