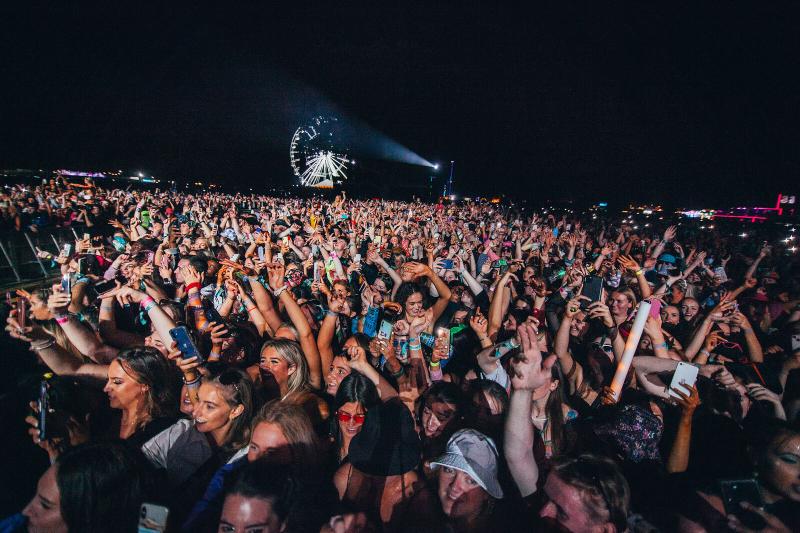 The heavens opened in Stradbally on Friday night at Electric Picnic right on queue according to the forecast issued by Met Éireann and now the forecaster says worse is on the way with a status Orange Alert issued for Laois and other counties.

So what's the foreacaster saying about Day Saturday and Sunday?

A weather advisory for rain remains in place through the weekend and a Status Orange alert has been issued.

There are no weather warning rain until Sunday - but a Status Orange and Yellow alters comes into force in the early hours of Day 3 in Laois when more serious rain on the cards with thunder and lighting possible.

The Status Orange alert says rain will be locally intense with up to 50 mms possible. Squalls are also likely. The orange warning will cover a period from 4am to 8am on Sunday. However it overlaps with a Status Yellow alert which applies to all of Ireland.

It says the heavy rain will move northwards across much of the country tonight, clearing from the north and northwest on Sunday morning. It warns that there will be some "torrential downpours" in parts, resulting in surface flooding. It adds that there is also the potential for thunderstorm activity and lightning strikes.

The warning is valid from 1am Sunday to 10 am Sunday. The alert was update at 10:50 am Saturday.

As for Saturday, Met Éireann says it will start off cloudy and wet for much of Ulster and Leinster, with rain slowly clearing northeastwards through the afternoon and evening. Elsewhere, there will be a mix of sunny spells and scattered showers, turning heavy and thundery locally. Temperatures will be cooler than in recent days with highs of 14 to 17 degrees. Winds will be mainly light southeasterly, though it will be breezy at times near coasts. MORE BELOW TWEET.

Met Éireann says Sunday afternoon and early evening will be largely sunny with just isolated showers. Later on, however, a further band of heavy rain will push in from the southwest. Highest temperatures of 16 to 20 degrees.

It says Sunday rain or showers will extend northwards on Sunday night, though some areas may remain dry. Lowest temperatures of 11 to 14 degrees with southeasterly winds remaining very blustery near coasts.

Monday will see a mix of clear spells and showers, possibly turning heavy. More persistent showery rain will then arrive to southern parts later in the day. Highest temperatures of 15 to 20 degrees in light to moderate southeasterly winds, though remaining blustery near coasts.