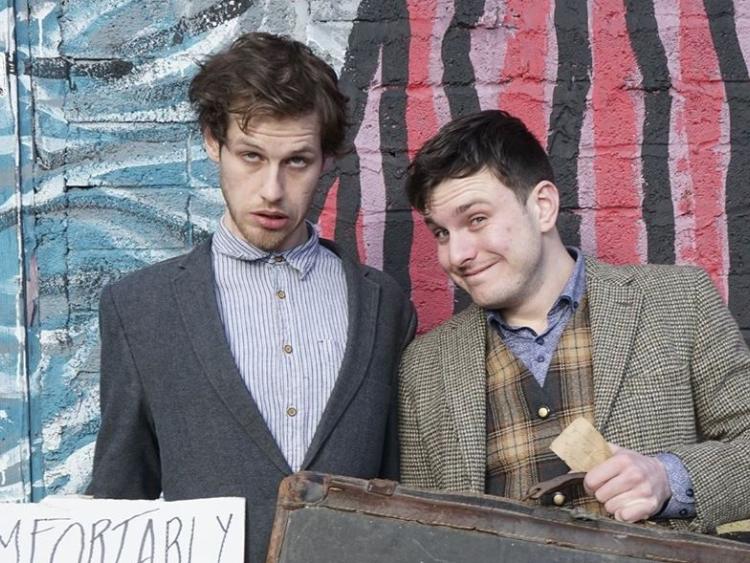 The popular Riff-Raff Comedy tour is making its way to Kavanagh's Venue in Portlaoise.

Comedians Oisín Hanlon and Mike Rice will be bringing their national tour to Kavanagh's with guests Edwin Sammon and Darach McGarigle.

Laois native Oisin will be no stranger to Portlaoise having grown up in nearby Mountmellick.

The gig will take place in Kavanagh's on Friday, April 6.

Oisín Hanlon and Michael Rice are self professed vagabond comedians on their "Riff-Raff" comedy tour.

Both are unemployed and have decided that not enough people know, so they are doing a tour of Ireland to spread the good word.

Bravely travelling this barron Island, while stopping off in Portlaoise on their journey they will be joined by Edwin Sammon (Bridget and Eamon, Republic of Telly) and Darach McGarigle (Galway Comedy Carnival).

These wandering comedians on the fringes of fame, tickling the heels of comedy legends are just waiting for their big break!

“There's definitely something funny and distinctive in Oisin Hanlon's bones…he's got an appealing, intriguing vibe and a winning, offbeat flow." - Steve Bennett of Chortle.co.uk

"The man has funny bones and a sort of wilful, surreal streak that should see him packing out theatres in the not too distant future". - Neil Delamere