Duncan Stewart, Architect and producer of 'Eco Eye' TV series and EcoEd4All gives the overview ahead of series of webinars 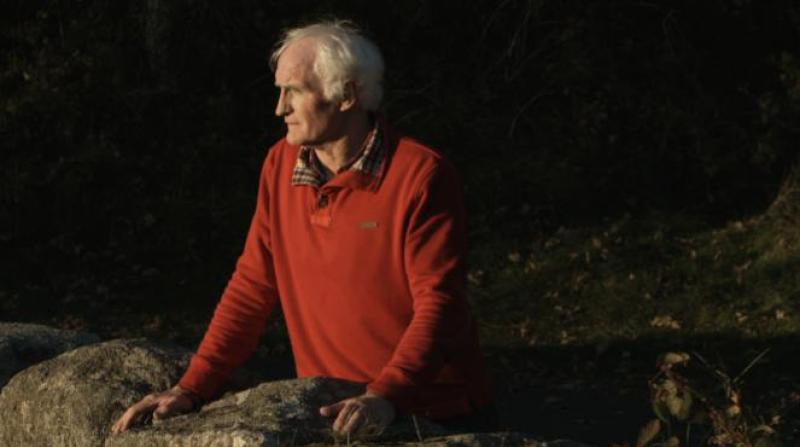 Humans, a single species, have now altered and destabilized Earth's climate system, which renders the 'climate crisis' as the greatest existential threat and challenge ever to be faced by civilization.

CO2 concentrations in Earth's atmosphere have now reached a shocking 50% above the highest ever reached over the past 800,000years, where 50% of this increase occurred in the past 30-40years. Earth's mean surface temperature has already increased by over +1.1C within the past hundred years.

With the current rate of our greenhouse gas projections, it places our planet on a trajectory for 'Global Heating' on an ominous and devastating +3.5C to +5C increase in global mean surface temperature within this century. This bodes perilously to reach a thousand times the impact of Covid-19 and lead to an 'abrupt' and 'runaway climate system', that would prove hostile and inhospitable to most species, including us humans.

The scientific evidence is unequivocal! So, unless we rapidly wean off fossil fuel, our young generation, which includes all 40 and even 50year-olds, will face massive destabilizing impacts, ever-increasing throughout this century, that will greatly undermine their future lives and prospects.

Read also: FREE WEBINARS FOR THE PEOPLE OF LAOIS

This requires all governments, county councils, citizens and businesses, in all nations, to work together and expeditiously, to dramatically reduce greenhouse gases, especially CO2 emissions from burning fossil fuel (oil, gas, coal and peat) in all our energy-related activities, such as for transport, heat and power generation.

All 200 global nations signed the UN Paris Climate Agreement in 2015, but scientific evidence since then, warns of little real signs of the required level of mitigation, where our emissions have also increased rapidly. The EU and other western European nations have together managed to collectively reduce their GHG emissions by 25% by 2020 from the 1990 baseline. However, Ireland's total GHG emissions increased by 10% since 1990. To make things worse, Ireland's GHG emissions are shamefully 50% above the EU average per capita.

The EU has now ratcheted up its GHG targets to a 55% reduction by 2030 from its 1990 baseline, to be achieved collectively by all Member States. This places Ireland as the 'laggards', in a very precarious predicament to have to play catch-up with the rest of Europe. Greta Thunberg and our school students are campaigning and pleading to our society to rescue their future, which our adult society seem to currently ignore, or hide in denial, but we are clearly stealing their future lives.

The 'zero-carbon' principles of the European Green Deal will fundamentally influence and under-pin all future investments in Ireland. So, communities that engage and lead by achieving real tangible actions, will surely flourish with new innovative green enterprises over the coming decades. This offers County Laois massive opportunities if their citizens and businesses grasp this opportunity.

Ireland has recently revised its greenhouse gas (GHG) target to a 7% year-on-year reduction of 48% by 2030. However, this falls well-short of the EU target, where Ireland by 2020 was 10% above our 1990 baseline, and we are also 50% above the EU average, per person. But, even much more shocking, Irelands Transport emissions increased by a whopping and shameful 153%, or by 2.5fold since 1990

Providing heat and power by fossil fuel for our homes generates 25% of Ireland's total energy-related CO2 emissions. But only 2% of home heating is provided by renewable sources, where 98% is supplied by fossil fuel, oil gas, peat & coal.
Drainage of our peatlands generates an additional 11% of Ireland's greenhouse gas, but so far this does not require to be added to our 'accounted' emissions in Ireland's annual inventories to the UN.

Our forests, on the other hand, store carbon that is sequestered from the atmosphere, which helps reduce our emissions. But Ireland's forest cover area is the lowest in Europe, at 11% where the EU average is 35%, so much more planting of trees, woodlands and forest are also required.

I believe, that if Laois citizens engage collectively in their local communities, along with farmers and businesses and if led wisely by Laois County Council, with the visionary CEO John Mulholland, along with Laois Partnership and people like Mark Clancy in Abbeyleix, Noel Gavigan of IrBia and Damien Nee of EcoEd4All in Portlaoise, where they collectively embrace the 'greening' of their county in real actions, that would dramatically reduce their greenhouse gas emissions, especially by decarbonizing all energy uses in Transport, Heat & Power, while fostering the growing opportunities for harnessing Renewable Energy and District Heating, I am convinced, that this county and its people, would surely be guaranteed to prosper and set a good example for all other counties over the coming decade and beyond.