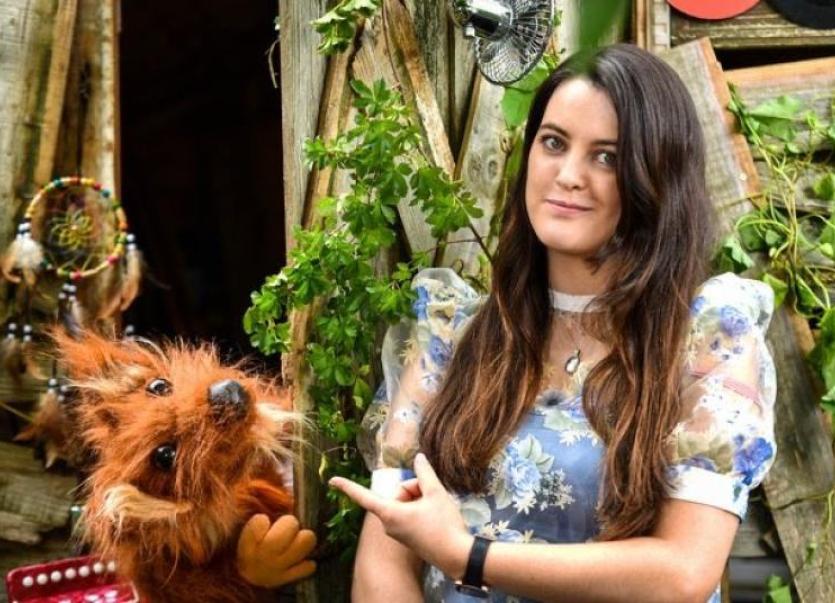 A multi talented young Laois YouTuber, video producer and comedian starred in her own daily show on RTÉjr television last summer, in the process bigging up her home county.

Mary-Claire Fitzpatrick, known as MC, is from Rathdowney, a daughter of  Claire and Matthew Fitzpatrick and a past pupil of Scoil Bhride NS.

She presented a children’s Den style show with puppet Martin, whose alter ego might just have been Ray Cuddihy,  aka much loved Muinteoir Ray from Home School Hub.

RTÉ describes the show as “a little slice of weirdness served up on a generous plate of Laois-ness.”
MC told the Leinster Express how it came about.“I began presenting last year with the kids show Ace My Space, which will be returning.

“I work as a video producer but my YouTube channel MCluvs2laugh has led me into the world of TV presenting,” she told the Leinster Express.