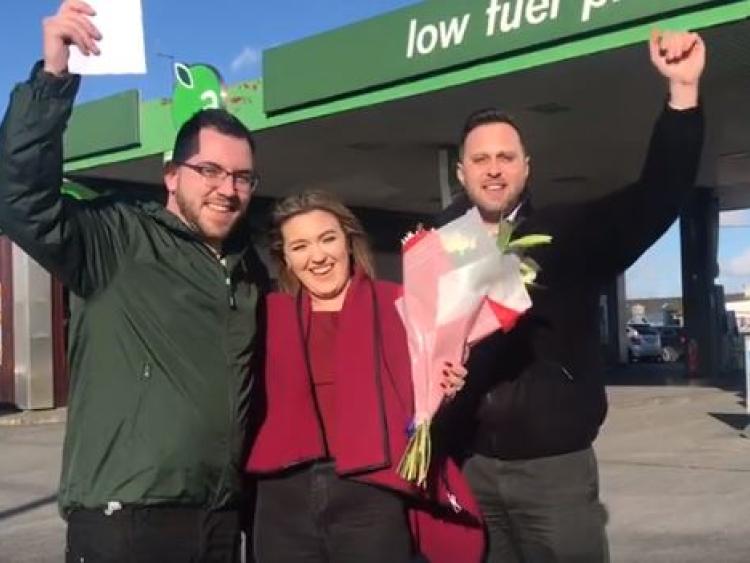 James Hennessy and Siobhan Hiney at Applegreen Portlaoise, the place where they first met and fell in love almost five years ago.

James Hennessy and Siobhan Hiney returned to the romantic Portlaoise destination where they first set eyes on each other five years ago today.

Applegreen in Portlaoise on the Dublin Road is the new Venice of the Midlands as the Mullingar couple shared the story of how they met in the shop on the Late Late Show Valentine's special last Friday, February 9.

James surprised Siobhan by popping the question live in front of the nation on Friday night when Siobhan thought she was just taking part in a Mr and Mrs quiz section of the show.

Siobhan said yes and the couple became one of the huge talking points of the night after the live audience cheered them on with a rendition of Olé Olé Olé!

The loved up couple returned to Applegreen in Portlaoise on Tuesday, February 13 and were presented with a ‘Mini Moon Break Away for Two’ and a bouquet of flowers.

Watch the proposal on The Late Late Show here.

First Dates Ireland star Eoin Scully was in the audience for the show.