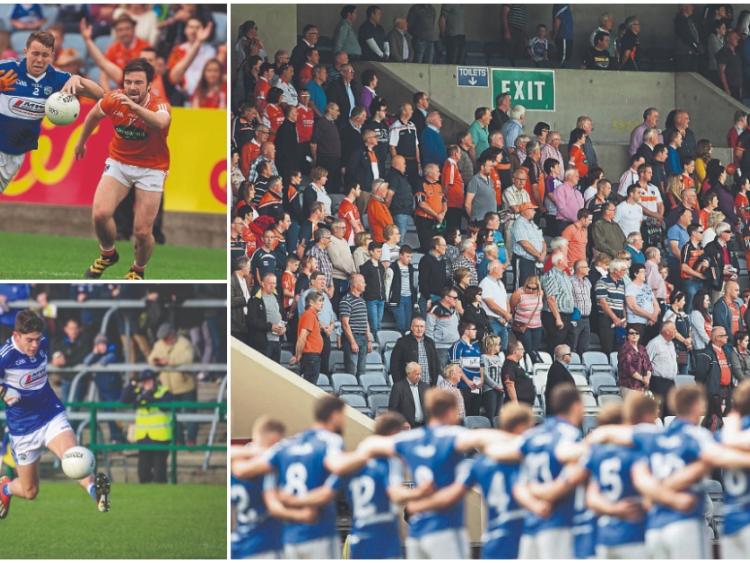 The Laois footballers continue their Allianz National Football League campaign when they host Kieran McGeeney’s Armagh under lights in Portlaoise on Saturday evening.

The counties last met in Division 3 of NFL in 2017 when Laois snatched a win with a point in the sixth minute of additional time from the now-retired Darren Strong. They faced off on three occasions the year prior, Laois winning all three including the Qualifiers rematch after Laois’ win was deemed void for fielding an additional substitute.

In their Division 2 opener against Roscommon last weekend, Laois battled right through to the final whistle and emerged with a share of the spoils thanks to a late comeback at Dr Hyde Park.

Trailing by six points heading into the final minute of normal time, Evan O’Carroll turned on the magic to send a rocket to the top-corner and kick-start the Laois revival.

O’Carroll followed up with a free that was instantly returned by substitute Noel Gately, but there was still enough time for one last twist as captain Kieran Lillis pounced on the breaking ball from Ross Munnelly’s inviting free into the square and smashed home the equaliser in the fourth minute of injury-time.

While the Rossies looked to be shading the contest late on, it was an evenly-matched tussle throughout and a hard-earned point for their endeavours that will go a long way in their bid for Division 2 safety.

Armagh, on the other hand, opened their league account with a comprehensive 13-point victory over Ulster rivals Cavan. Kieran McGeeney’s side set out their stall for the campaign ahead with a ruthless display against their depleted neighbours, Conor Turbitt starring for the Orchard men with a 1-6 return.

Installed as the second-favourites to win Division 2 outright, Armagh’s potent forward line features the in-form Turbitt, Rian and Oisin O’Neill, Rory Grugan and Stefan Campbell who will be sure to test the Laois rearguard.

Evan O’Carroll will be hoping to build on his performance last weekend which saw him finish as top-scorer with 1-6, aided by new captain Kieran Lillis who contributed 1-3 between full-forward and midfield. Mark Timmons, Robbie Pigott and John O'Loughlin all put in big shifts over West and more of the same will be required tonight.

Armagh are considered the trailblazers in this year’s Division 2 following their facile dismantling of Cavan; however, Quirke’s side has so far enjoyed their underdog status and will go in search of the full points on offer this time around.