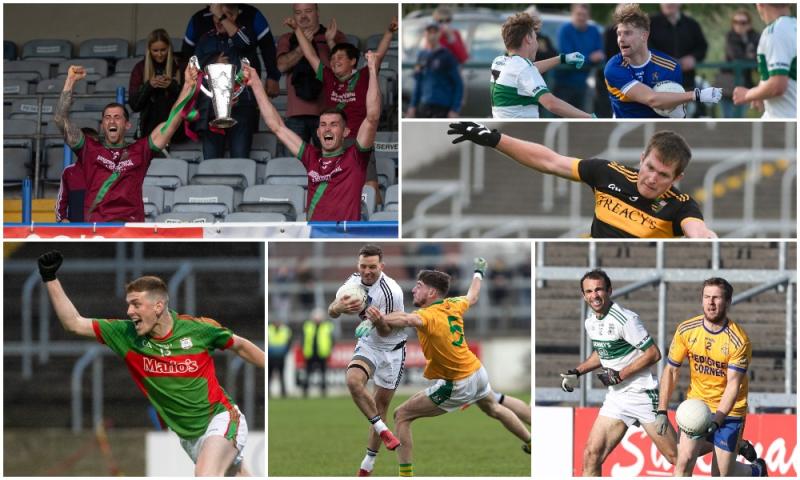 The Laois senior football championship kicks off this week with 16 teams all vying to reach the holy grail of Laois football.
Eight first round games take place from Thursday to Sunday with all games in O'Moore Park over the course of the four days.
The losers of the first round games will all have a backdoor but there is a real sense that clubs need to get an opening round win and build momentum.

Portarlington have progressed from the pack in recent years and are now, firmly, the team to beat having captured the 2020 championship only a few weeks ago following the Covid delayed 2020 season.

They were impressive winners over Graiguecullen in the final while they backed that up nine days later with a league final win over Portlaoise leaving no doubt as to who are the team to beat.

There are a number of teams in the chasing pack who will feel they can turn the tables on the Portarlington men with Portlaoise looking like they may be the main contenders to the throne.

Ballyfin, Graiguecullen and Emo all played in the last four of the 2020 championship earlier this month and they will be hoping that experience and match fitness might stand to them in the early rounds.

Clonaslee St Manman's are up to Senior following their win in the Intermediate grade in 2020 while a clatter of steady senior teams will be looking to push on and go to the next level and challenge for a title.

The draw can have a big effect on it too. The likes of Ballyfin have got the short end of the stick and are drawn to play Portarlington in the opening round in a repeat of last year's semi final and it could be hard for them now to build up momentum in such a short spanned championship.

All in all, an exciting championship lies ahead. There will be plenty of twists and turns and don't expect it to pan out without a surprise or two down the line.
Below, we have profiled at all the teams competing for the ultimate prize.

COURTWOOD
Manager: Eddie Kinsella
Selectors: Fergal Byron and Kevin Nolan
Captain: Niall Dunne
New Players: Robert Tyrrell, Collins Ugochukwu. David O’Connell has returned to Ireland with his family from Australia whileAdam O Halloran and Dylan Keane have progressed from St Pauls to Courtwood senior football.
Retirements: Paddy Wilson, Matthew Kelly and Andrew Mulhare have retired from the Senior Football team and have been great ambassadors to the game, club and the younger players coming through.
Long term injuries Rory Doyle is not available due to an injury is sustained in 2020.