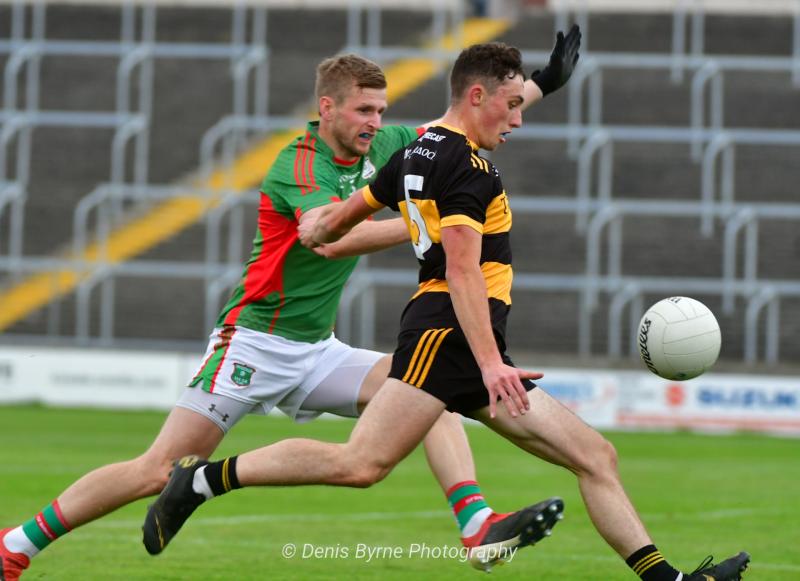 Graiguecullen had a four point win over The Heath in the senior championship opener on Saturday with Conor Kelly leading the way with six points. They were the better side throughout but at the same time allowed The Heath come back into the game having had a healthy lead shortly after half time.

The Heath never threw in the towel but trailing 1-10 to 0-4 with 25 minutes to go, they were always facing an uphill struggle.

Four points was a fair reflection on the game as last year's beaten finalists had that bit more overall class on the day.

The opening stages of the game were all about the legend that is Mark Timmons. With number three on his back, Timmons lined out at centre back and kicked three points inside the opening 10 minutes.

His opening score put Graigue into the lead in the second minute before following up with another two minutes later to double their lead.

Conor Kelly also had a fine opening to the game and his point but last year's beaten finalists 0-3 to 0-0 up inside five minutes.

The Heath finally got off the mark in the ninth minute through Ciaran Booth but it only briefly stemmed the tide. Another from Timmons, two from Conor Kelly and a free from Brian Byrne had them cruising and leading 0-7 to 0-1 after 14 minutes.

The Heath were glad of the water break and came out aiming to cut into the arrears. They did so with the next two scores from Brian Ging and skillful effort from Daithi Carroll but Graigue came back strong again.

Three frees in the last three minutes of the half from Conor Kelly (two) and keeper Danny Bolger commanded a 0-10 to 0-3 lead before a late Aaron Thornton score for The Heath left the gap at six at the half time interval.

The game was pretty much put to bed six minutes after half time when a high, lobbing call in from Conor Kelly was contested by Luke Hand and The Heath keeper Joe Walshe with Hand getting the all important touch to the net.

With the next attack, The Heath raided up field and the pacey James Phelan cut through but his shot was well saved by Danny Bolger and the score remained 1-10 to 0-4.

Conor Kelly and Robbie Ging swapped scores before Brian Byrne latched on to a ball and floated over a beauty to leave it 1-12 to 0-5 with 42 minutes gone.

The Heath gave themselves a glimmer of hope  two minutes later when midfielder Liam Kinsella sent a rocket to the bottom corner of the Graigue net and when James Phelan followed that up with a point, the margin was down to 1-12 to 1-6 at the second water break.

Graigue then had a second goal disallowed for a square ball but still, The Heath had a lot of work to do to turn around a six point deficit in 15 minutes.

Their task was made even harder when James Phelan was black carded for a foot trip on 50 minutes meaning they had to play the majority of time remaining with 14 men.

Both sides exchanged scores in the closing stages but the result was beyond doubt as Graiguecullen stayed patient and defended astutely.

Dylan Kavanagh and Cathal Whelan did get late scores for The Heath but it was a mere consolation as Graiguecullen got their campaign up and running with a deserved six point win.