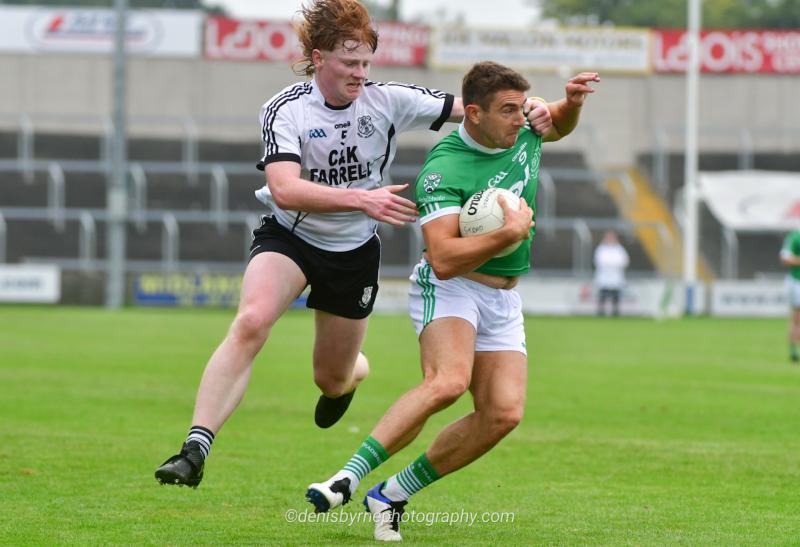 Stradbally produced a powerful second-half performance to seal a well-deserved win over Arles-Killeen in their SFC opener on Sunday evening.

Despite the teams being level with 20 minutes to go, Stradbally overwhelmed a tiring Arles-Killeen side in the closing stages to run out emphatic winners. Garry Comerford and Darragh Carolan hit two goals each in that closing period to see their side comfortably home in the end.

The first half was, for the most part, a dour affair. Both teams could muster just one point each in the opening 20 minutes, with Donie Kingston pointing for Arles-Killeen after three minutes and Darragh Carolan equalising for Stradbally three minutes later.

We had to wait until after the water break for the game to come to life, starting with a free from Colm Kelly to put Stradbally in front. Paul Kingston hit back for Killeen with a fine, curling effort from the left wing, and the pace of the game finally picked up after that.

Eoin Buggie and Colm Begley put Stradbally two ahead before Donie Brennan picked out Donie Kingston in the penalty area, and he struck for a goal. Stradbally found themselves behind now but battled back well in the rest of the half, eventually taking the lead before the interval thanks to Colm Kelly. That left them 0-7 to 1-3 up at the break.

Arles-Killeen hit the first two scores of the second half, thanks to Donie Kingston (free) and Billy O’Loughlin, but Stradbally took control after that. Darragh Carolan and Colm Begley pointed either side of a Sean O’Shea effort, and then just before the water break Garry Comerford drilled a low shot to the net, with Carolan and Comerford (free) adding further points before the second water break.

When play resumed, David Maher got his hand to a hop-ball on the 21 yard line to tee Comerford up for his second goal, and there only looked like one winner after that.

Darragh Carolan confirmed it with two late goals as Arles-Killeen collapsed in the closing minutes, leaving Stradbally into the winners section while Arles will need a major improvement to avoid a relegation playoff on this showing.