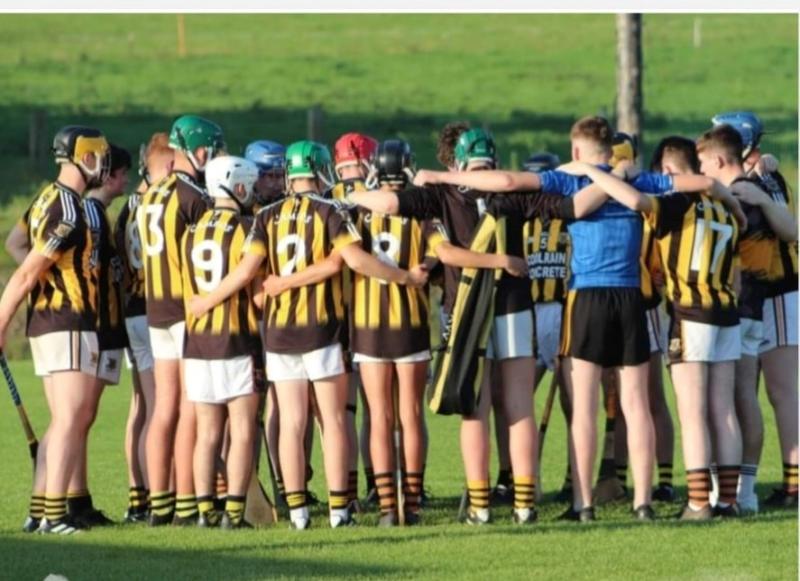 In a dogged and low-scoring Minor 'A' hurling championship final in O'Moore Park, it appeared that Abbeyleix had done just enough to get over the line thanks to a dominant second half performance.

However, Camross aren't defeated until the final whistle, as their Senior sides have shown in the championship on countless occassions. With practically the last puck of the ball, James Cuddy buried a goal into the back of the net to seal Camross' third Minor 'A' hurling trophy and break Abbeyleix hearts.

Camross played with a strong wind in the first half but the opening stages of this one were closely fought despite that. Colin Byrne opened the scoring from a free for Abbeyleix, before Camross replied with Ben Deegan knocking over two frees himself.

Colin Byrne levelled with another free for Abbeyleix, and then they almost grabbed a goal. Corner forward Tally Hassett had a shot on goal, but Camross keeper Rick Bannon proved equal to that effort.

Colin Byrne did add another free, before Camross finished the first quarter well to take a slender lead. Ben Deegan a free and then midfielder Robert Lalor landed a free from a longer distance. Lalor would be Camross' only other point scorer on the night, as Deegan kept adding to his tally all night. His side went in 0-4 to 0-3 up during the first water break.

Deegan and Camross built on that advantage in the second quarter, as their defence held Camross to just one score, and Deegan kept picking off frees.  Colin Byrne scored Abbeyleix's only score during that fifteen minute period, while Deegan landed five frees to leave Camross 0-9 to 0-4 ahead at half-time. There were no scores from play in the first half.

Abbeyleix had the wind advantage in the second half and they took no time to make good use of it. Liam Kavanagh landed a point straight after the interval, before Colin Byrne cut the lead to three thanks to another converted free.

Eli Quinn then scored the point of the game, as he curled over a beauty from a sideline cut. Abbeyleix were dominating the Camross puck-out now, and even when Camross managed to win possession, they struggled to make their way up the field to even get a shot away.

Abbeyleix's centre-back, Adrian Dunne, was getting more and more into the game. Dunne showed off his athleticism by going on a surging run that took him past several Camross challenges. Dunne's first shot was weak, but he managed to regain possession from the breaking ball and earned his side a free, which Byrne duly put over.

Liam Kavanagh landed the equalising score for Abbeyleix, and when Byrne pointed twice in quick succession just before the second water break, they led 0-10 to 0-9. It appeared that they would march on to the finish in the fourth quarter, but there would be a late twist.

The break in play allowed Camross to regroup and Ben Deegan scored their first point of the second half from a free straight after the water breal. Abbeyleix went two the the good again though, as great play from Jack Finlay allowed Byrne room to split the posts once more.

Both Camross and Abbeyleix had several chances at scores in the last ten minutes of normal time, but neither were able to convert. Abbeyleix still held that dangerous lead of just two points, and Camross would break their hearts in stoppage time.

Deegan stepped up to take a free close to the Abbeyleix goals, and while his inititial attempt was blocked off the line, James Cuddy came flying in to whack in the rebound. There would be no time for Abbeyleix to work an equalising score and send this one to extra-time either, as Camross jumped for joy in the end.

DOWN MEMORY LANE: Reeling in the years through our sporting archive