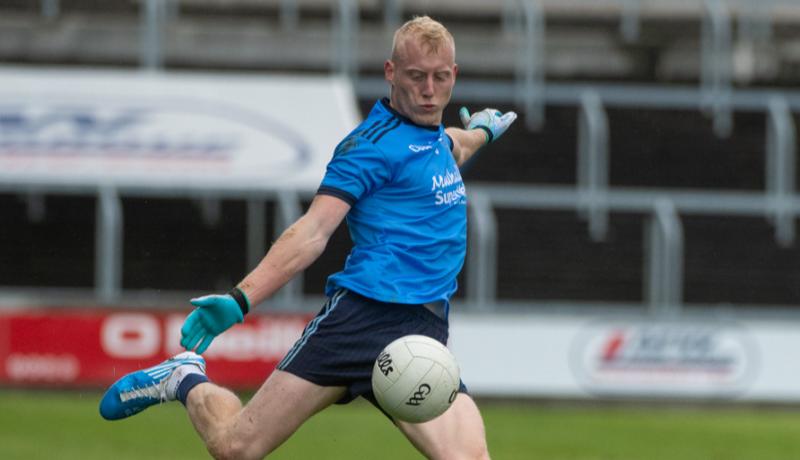 Glorious starts to both halves paved the way for Ballyroan to advance to the semi finals of the Laois senior football championship on Sunday afternoon.

Goals from Padraig McMahon and Brian Whelan at the start of both halves proved crucial as they brushed aside some opening half jitters to put in a commanding second half display.

They trailed by a point at half time but they made no mistake about it in the second half as they dominated the game with the energetic Shaun Fitzpatrick at the heart of everything.

Ballyroan-Abbey got the dream start to the game and were 1-1 to 0-1 ahead inside the opening four minutes. Brian Whelan clipped over the opening score and although Danny Luttrell levelled the game with a free, Ballyroan struck for goal four minutes in.

Sean Murphy cut in along the end line and squared to Padraig McMahon who in turn found the back of Matthew Byron's net.

While they started well, some poor wides and Courtwood coming back strong into the game meant Padraig Clancy's charges didn't score again until the 23rd minute.

Niall Dunne scuppered a great goal chance for Courtwood on 10 minutes before points from Paul O'Flynn and a '45' from Matthew Byron had it back to a one point game - 1-1 to 0-3.

Two minutes after the water break and Courtwood had a penalty, even if it was debatable. Referee Brendan McCann adjudged Niall Dunne's shot to have been blocked with the foot but from the vantage point from the stand, it looked to have been blocked by the upper part of the defender's leg and not his foot. McCann was closer to the play though and didn't hesitate in awarding the penalty.

Brian Whelan finally landed a score for Ballyroan as the gap was brought back to the minimum but with only three minutes left to the break, Danny Luttrell landed his second free of the game to give Courtwood a two point cushion.

Ballyroan finished the half well and two frees from Brian Whelan had the game all square with only half a minute of normal time to play.

With three minutes of first half injury time to be played, there was time for Alan Kinsella to float over a free and leave Courtwood leading by the minimum at the break, 1-5 to 1-4.

Ballyroan started the second half just as good as the first. After Davin McEvoy brought the sides back level, they struck for their second goal on 35 minutes. Shuan Fitzpatrick made a piercing run through the middle and had the intelligence to hand pass to the back post where Brian Whelan was waiting to palm to the net to give Ballyroan a 2-5 to 1-5 lead.

Corner back Mark Cahill raided up the field for a point to put four between them on the 40 minute before a superb point from distance by Davin McEvoy extended their lead out to five with 19 minutes to play.

Ballyroan went six up with a free from Brian Whelan but two Courtwood scores before the water break from Sean O'Flynn and Danny Luttrell made it a four point game with 15 minutes to play.

The action was frantic in the final quarter. Luke Doran kicked a fine score for Courtwood to bring it back to a three point game but two super scores from Shaun Fitzpatrick and Diarmuid Whelan compounded the Ballyroan advantage as they led 2-10 to 1-8 with seven minutes to play.

Diarmuid Whelan kicked his second of the day to put them six clear and although Matthew Byron and Danny Luttrell briefly made it a four point affair, Davin McEvoy put the icing on the cake in injury time with Ballyroan's third goal after he made the most of his advantage having been fouled in the build up.