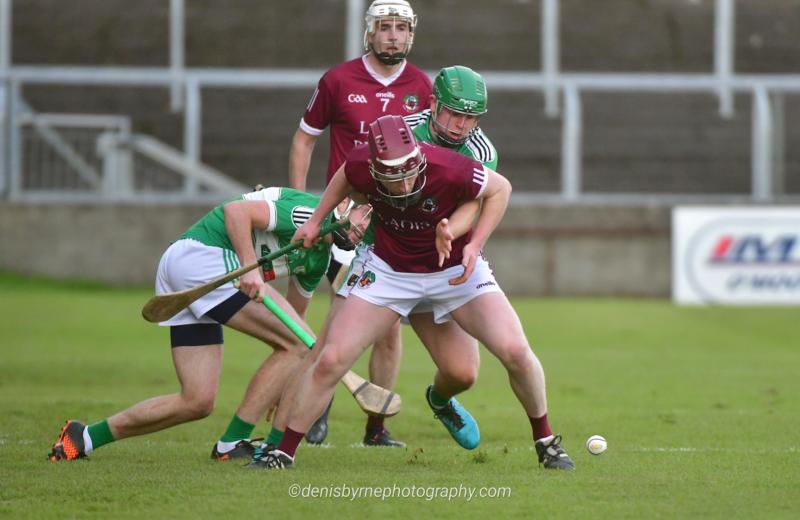 This Premier Intermediate final between Ballinakill and Ballyfin was expected to be a hard-fought and tight affair after the group game between the pair ended with just a single point separating them, with Ballyfin edging it that day.

However, Ballinakill seemed to improve after every game in this competition, with their semi-final performance against Portlaoise very impressive. Ballyfin got the job done against Camross' second team in the other semi-final, but knew they needed to improve here if they were to get the result they were after.

To be fair, Ballyfin were a lot better here and could have easily won this one on another day. They hit a number of bad wides in the first half, while Eamon Duff missed a crucial penalty in the second half.

Ballinakill will be delighted to return to Senior ranks at the first time of asking, as their county men, Cha Dwyer and Sean Downey, stood up for them on the big day, while Brian O'Mara, Ian Shanahan, Podge Lawlor, Gearoid Lynch and TJ Lalor were also impressive in their victory.

Ballinakill could not have dreamt of a better start to this county final clash. Podge Lalor fired a ball down field, and Gearoid Lynch managed to get a flick on to it. Lynch tried to get it into his hands, but spilled it on to the floor, only to pull the trigger anyway and bundle it into the net.

Cha Dwyer added on a point to that from a free, before Eanna Lyons got Ballyfin up and running with a easy free himself. Seamus Fitzpatrick, who has been playing some scintillating hurling this season, landed a monster score to restore Ballinakill's three point initiative.

Eanna Lyons responded for Ballyfin for his second point, and his first from play. Wing-forward Eamon Duff followed that with another Ballyfin score, as they had settled down well from the early setback.

TJ Lalor was a threat all game for Ballinakill, and he turned his man to fire between the crossbar after a nice ball from Ian Shanahan, who was in acres of space. Lir McDonald sent over another for Ballinakill, before Ballyfin hit three on the trot to leave just one between the teams during the first water break.

David Connolly, Allan Connolly and James Finn all raised white flags, as Ballyfin showed off their different array of scorers during the opening period.

Darragh Connolly was the third Connolly on the scoresheet after the break concluded, as he put one over after good work from Eamon Duff. Ballyfin were beginning to put real pressure on the Ballinakill men and turned them over plenty of times in the second quarter.

However, Ballyfin hit a number of wides during the spell and didn't take advantage of their possession. Ballinakill managed to grab the next score, as TJ Lalor rose brilliantly to claim a long ball in from Sean Downey and fire between the posts.

Cha Dwyer extended Ballinakill's lead out to two points thanks to a converted free after he drew the foul himself, but Ballyfin finally settled down in front of the posts. David Connolly knocked over a nice score on the half-turn, while Eamon Duff placed over a free to level proceedings.

Cha Dwyer and Eanna Lyons exchanged frees before half-time, with the only other notable event during this period a Gearoid Lynch goal chance. Lynch used his powerful athleticism once more to break clear, but he failed to catch hold of his shot and Ballyfin cleared the danger.

The score at half-time was even, 0-10 to 1-7, but Ballyfin would probably have gone in the more disappointed to be only be level considering their wide count of seven.

Eanna Lyons bore down dangerously close to goals upon the restart, but his rasping effort went over the bar instead of into the back of the net. Ballinakill responded to retake the lead though, with Gearoid Lynch placing one over from a tight angle, before Cha Dwyer converted a free.

Ballyfin replied once more though, as the game slowed down and that allowed Eamon Duff to knock over two placed balls, one a free and the other a 45'.

Ballinakill finished the third quarter the stronger though, as Cha Dwyer pointed another free, and then substitute Cian O'Shaughnessy scored the point of the match. O'Shaughnessy was losing his balance but managed to find the power to fire over from a long distance just before he hit the deck.

Cha Dwyer popped over the last score of the third quarter, this time his first from play after a nice ball from Ian Shanahan, who played very well throughout at wing-back. Ballinakill led 1-12 to 0-13 at this stage.

Ballyfin had a golden opportunity to take the lead after the water break concluded, as Eanna Lyons was deemed to have had his shirt dragged in the square by referee Padraig Dunne. However, Eamon Duff stepped up and fired the penalty high and wide, and the momentum seemed to break from a Ballyfin perspective after that.

Cha Dwyer continued to be reliable from placed balls, as he slotted over another two in a row. Then Dwyer tried a sideline cut, and while that did fall short into Ballyfin keeper Eoin Connolly's hands, Connolly fumbled it and TJ Lalor lashed it into the back of the net for Ballinakill's second goal.

Ballyfin kept playing away, and a Eamon Duff point from a free was followed by a surprise Ballyfin goal which got them back into it in stoppage time. Eanna Lyons caught the Ballinakill defence asleep and fired it into the net from a close range free.

Ballyfin went in desperate search of an equalising goal, but they could not breach the Ballinakill defence this time, as they held on to return to Senior at the first time of asking.