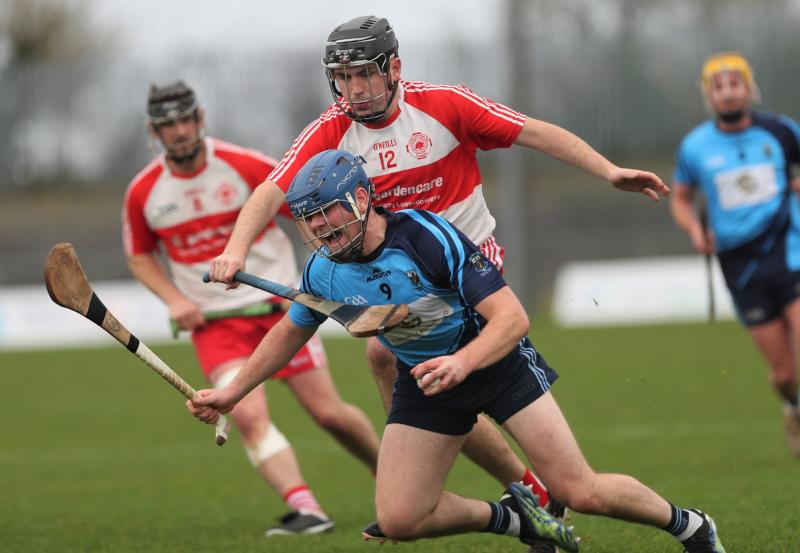 Trumera were far too strong for their Longford opponents and were in control throughout. They built on a three point half time lead to push on in the second half and put the result beyond doubt.

The home side were dealt a serious blow ten minutes into the second half when their most influential player, Cian Kavanagh, was shown a straight red card following an apparent off the ball incident. Trumera player, John O’Connor, was also handed a red for his part in the incident.

Trumera had a range of scoring options, with five of their six starting forwards getting on the scoresheet.

Trumera opened the scoring with a Patrick Hosey point and Cian Kavanagh replied with a Slashers free. Conor Madden regained the lead for the Laois side before Kavanagh (free) and Reuben Murray edged the Sky Blues ahead (0-3 to 0-2) with a point from play, following an enterprising fifth minute move.

However, Trumera reeled off four consecutive points through Cathal Brophy (2), Niall Sinnott and Hosey and just before the water break, found the net.

Sinnott set up Hosey, who fired a clinical shot past Slashers’ keeper Conor Gallagher from around 20 yards out.

That gave the visitors a 1-6 to 0-3 lead and Slashers would have to dig deep to stay in the game. To their credit, they did just that.

That was mainly through the scoring exploits of Cian Kavanagh, who fired over four points (three frees) in the remainder of the half. Reuben Murray added a point from play, a terrific long-range score in stoppage time.

Niall Sinnott started the second half brightly for Trumera with two points. The second of those scores came from a ’65, which was awarded after an Adam Kirwan shot went wide of the post, with some assistance from a Slashers hurl.

Pressure was mounting on Slashers’, with the visitors being denied another goal when Colm Brophy’s shot hit the post in the 37th minute.

Soon, both sides were down to 14 men and Trumera compounded Slashers difficulties when Adam Kirwan sent over a point in the 43rd minute, 0-8 to 1-11. Reuben Murray responded with a pointed free in the 45th minute, leaving five between the sides.

Trumera increased their lead with a free from Adam Kirwan, which followed an incisive Trumera attack. A Niall Sinnott ’65 further increased the visitor’s lead. Reuben Murray got a point back for Slashers in the 56th minute from a free, 0-10 to 1-13.

Trumera replied with a point from Patrick Hosey. Late on, Ronan Kenny became the third Slasher’s player to score, dispatching a point. This was sandwiched between two Adam Kirwan points as Trumera finished strongly. 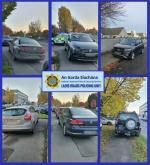