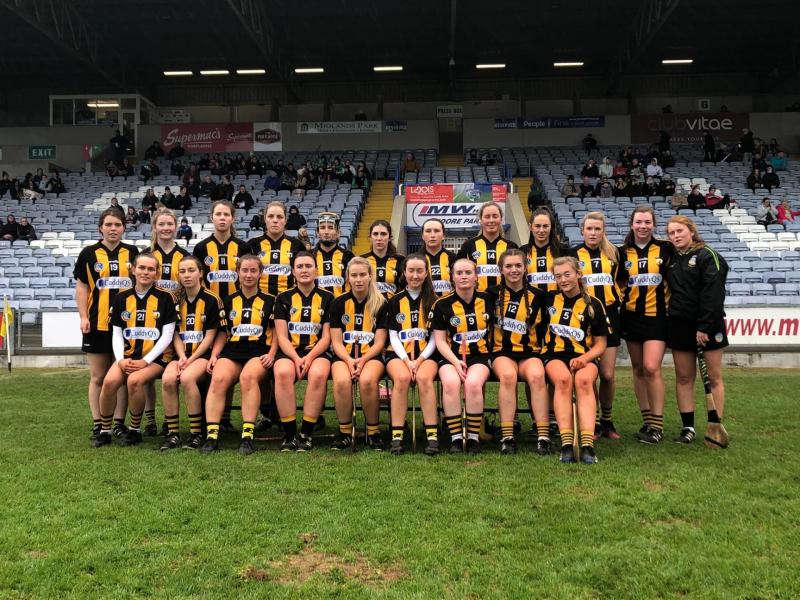 Camross and St Brigid’s collided in a repeat of the 2019 Intermediate final in O’Moore Park, with St Brigid’s hoping to exact revenge on their opponents for the defeat Camross inflicted on them in 2019.

However, Camross proved a little strong for St Brigid’s once more despite a brave effort from the losers. Sarah Ann Fitzgerald, Lizzie Ryan, Aimee Collier, Sara Cuddy, Kirsten Keenan and Andrea Scully were all in top form for the winners.

It was St Brigid’s who enjoyed the stronger start in this county final in O'Moore Park, as they fired in a quick 1-1 to get them up and running. Aisling O’Dea did well to slot over a free, before Gemma Hoare scored a fantastic goal.

Grainne Hyland played it into Hoare, who showed a serious burst of speed to burst past her marker. Hoara then sent a thunderous strike into the top left corner of the net, giving Aedin Lowry no chance in the Camross net.

Camross showed their experience after that though by not panicking. Kirsten Keenan converted a free to get them on the scoreboard in O’Moore Park before Andrea Scully sent over their first score from play.

Camross then struck for their first goal to take the lead for the first time before the opening water break. Sara Cuddy offloaded to Aimee Collier, and Collier unleashed a rocket that flew past Laura Dunne in the St Brigid’s goal.

Camross led by a point after the first quarter of play, and they went about adding to that lead in the second quarter. Sara Cuddy swung over the first point upon the resumption, and then Kirsten Keenan converted her second free.

Lizzie Ryan ran up from midfield to fire over another score for Camross before Keenan added another free to her tally. St Brigid’s returned to the scoreboard in the twenty-eighth minute through an Aisling O’Dea free.

Camross centre-forward Aimee Collier almost bagged herself a second goal, as she audaciously tried to fire it in from a tight angle. Laura Dunne in the St Brigid’s goals did well to bat the effort away for a 45’, which Keenan converted. Camross led 1-7 to 1-2 at half-time.

Aisling O’Dea opened the scoring for St Brigid’s in the second half, as she placed over her third free. Camross grabbed their second goal of the game shortly after to put daylight between the teams though.

Sile Burke played a high ball into the square, and Sara Cuddy did excellently to claim. Just as Cuddy was about to pull the trigger, St Brigid’s Sarah Creagh took her down and Camross were awarded a penalty, which Sarah Ann Fitzgerald duly dispatched.

St Brigid’s clawed their way back into the contest thanks to Camross’ indiscipline. Aisling O’Dea punished them with three frees, before Clodagh Tynan struck over another to leave four between the team with just over ten minutes remaining

However, Camross showed their class in the final ten minutes, as a well-worked move saw Kirsten Keenan crash the net. Aisling O’Dea grabbed a goal back for St Brigid’s to set up a nervy finish, but Camross held firm.

Downey strikes at the death to seal dramatic win for Ballinakill