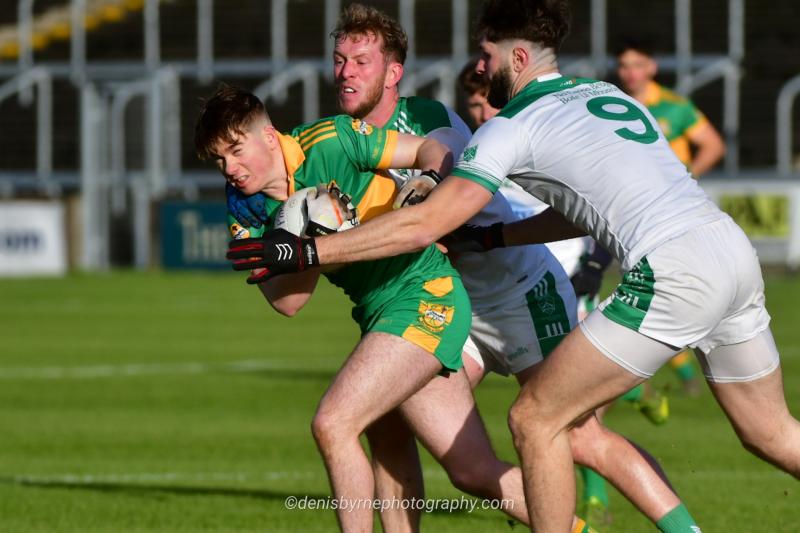 Park-Ratheniska limped out of the Leinster club Intermediate football championship on Saturday as they fell to a far superior Crossabeg Ballymurn of Wexford.

Played in O'Moore Park, Park Ratheniska never got going and despite having a 2021 to remember, it will irk them that they exited the Leinster championship without showing their best hand.

With a lot of handling errors in the early stages, scores were at a premium. Park Ratheniska were getting on a lot of ball but were struggling to make anything stick up front.

The Wexford champions opened the scoring in the fourth minute through an Andrew Butler free and doubled their lead four minutes later when towering midfielder Paudie Foley clipped over their second.

The response from Park was impressive. With the next attack, Kieran Delaney came through the middle and popped over a score before he kicked over a leveller a minute later, this time with the left foot from a tight angle.

As the error count continued to rack up for both sides, no further scores transpired before the water break although Park keeper Jamie Downet was called upon to make a fine save from point blank range to deny Seamus Carroll.

Level at the water break, Crossabeg Ballymurn came out of the blocks sharply as Oisin Foley kicked two points in the space of a minute, one of either foot to leave it 0-4 to 0-2 after 19 minutes.

The Wexford men were now firmly on top and three more scores from Cian Kinlough and another brace of frees from Butler had them cruising at 0-7 to 0-2 after 27 minutes.

Kieran Delaney did have a decent goal chance just before the break but there were no more scores before half time as the Wexford men went in with a five point lead.

Andrew Butler kicked his fourth free of the game three minutes after the restart to extend their lead but three minutes later, Park spurned a golden chance to get back into the game. James Connolly played in Kieran Delaney and with the goal at his mercy, he fired for goal only for it to come back off the post. Connolly got on the rebound but his goal effort was blocked and no score came of it.

With their last score coming way back in the 11th minute, Park Ratheniska finally kicked their third point of the game with 44 minutes on the clock when Kieran Delaney popped over a close range free but at the second water break, the Laois men trailed by five points - 0-8 to 0-3.

James Connolly popped over a free to make it a four point game with 10 minutes to play but the result was put beyond doubt three minutes later when Mark O'Connor found the net for the Wexford men despite the best efforts of the Park Ratheniska defence who did manage to get a half block on the shot.

Mark G Delany did get the last score of the game in injury time but it was a day to forget all round for the Park-Ratheniska men. 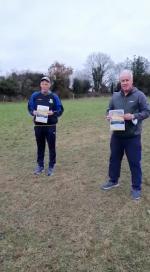