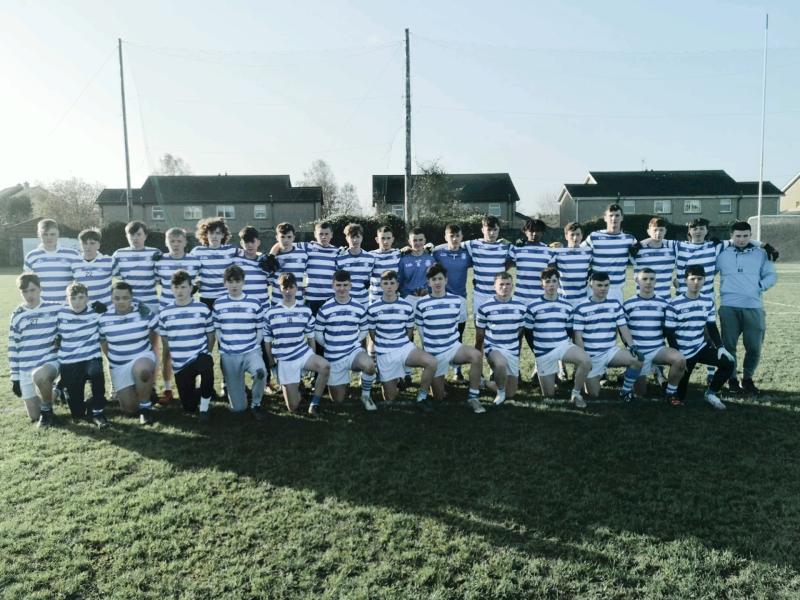 There was strong Laois involvement as Knockbeg College junior football team had an important victory against a resilient Enniscorthy C.B.S on a blustery day in Enniscorthy last week by a score of 3-10 to 2-3.

Knockbeg started strong with early chances for Mikey Murphy and T.J Nolan, who forced a good save out of the goalkeeper. While Jeremy Kelly's shot went just wide of the left hand post. Despite this, scores from T.J Nolan, Mikey Murphy and Mackenzie Macivor had Knockbeg ahead going into the Waterbreak,3 points to 1.

Knockbeg still remained the better side in a relatively scrappy match, with scores from Mikey murphy and Jamie Walker keeping them in front. However a lapse in concentration seen Enniscorthy score a goal and a point in the last 5 minutes to level the scoring.

Knockbeg then came out for the second half with a higher intensity which Enniscorthy struggled to keep up with as Knockbeg scored 2 goals from Mikey Murphy and Bobby Doyle, along with further scores from Murphy and Doyle, as well as two points from Jeremy Kelly which went unanswered. Another goal along with a sumptuous point both scored by T.J Nolan in the last quarter helped secure a 10 point win and a place in the semi-finals.